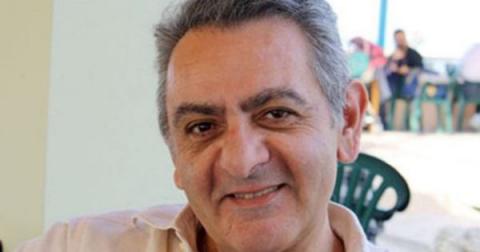 The Pakistani State as a Forerunner!

The Pakistani state leads the world in one thing: every political development it undergoes, like the removal of its prime-minister Imran Khan from office a few days ago, puts its history, function, and raison d’etre as a state to the test. Since the end of the Cold War and the explosion of identity wars, this characteristic has not been unique to Pakistan. Nonetheless, Pakistan set the precedent and, in a sense, laid the foundations for this phenomenon.

Let us quickly go over some of the major junctures it has seen in its relatively short history, which begins in 1947 – the year that India, which it had been a part of, attained its independence, a process that coincided with a horrific civil war that led to the emergence of the Pakistani state.

At the time, a secular elite led by Muhammad Ali Jinnah took upon itself the establishment of a state based on religious affiliation: a state for the Muslims of India. Jinnah, a British-educated lawyer from a wealthy family of traders, initially fought for India’s independence. The idea of an independent state did not appeal to him until 1940.

The country was under military rule established by coups for relatively long periods: from 1958 to 1971 and then from 1999 to 2008. Even in many of the years of “civilian” and “parliamentary” rule, the powerful military and security establishment lurked behind Parliament, monitoring it, shaping its actions, and making threats whenever it took its independence too far.

The fate of politicians was not much better than that of the constitutions they suspended or manipulated: Zulfikar Ali Bhutto, who hails from a prominent landowning family in Sindh Province, was executed by the military in 1979. General Zia-ul-Haq, who had executed Zulfikar, was blown up in a plane in 1988. The event is shrouded in mystery. Bhutto’s daughter, Benazir, was assassinated in 2007 after returning home. Her traditional rival, Nawaz Sharif, was sentenced to ten years in prison on corruption charges in the summer of 2018. Thus, it has become a hallmark of Pakistani political life that no prime minister has managed to complete their five-year term.

Wars and “causes of destiny” were there as well: after the 1947 war, Pakistan and India fought three wars in 1965, 1971 and 1999, but the former lost them all. These confrontations were closely tied to and shaped by regional issues, such as the dispute over Kashmir, the emergence of the state of Bangladesh (which split from Pakistan), and the emergence of the Taliban’s state in Afghanistan and Al-Qaeda with it.

Pakistan’s rulers have not addressed most of these problems well, and in some cases, they sought to exploit the exacerbation of these problems to divert attention from their limited legitimacy. Kashmir, and especially Bangladesh, challenged the nation’s nationalistic image of itself: it is not acceptable for anyone to secede from the nation that seceded from India. As for the Afghanistan question, trans-national Pashtun kinship ties and the revolving door between politicians and military security apparatuses played decisive roles in shaping Pakistan’s engagement.

As a result of this miserable record, Pakistanis are among the poorest peoples in the world and live in one of its poorest countries. Two hundred twenty million Pakistanis share its $305 billion GDP. The GDP of the Philippines (110 million, or exactly half the number of Pakistanis) is $314 billion, and Chile’s (20 million) is $277 billion, to say nothing of countries like Finland (5.5 million people), which has a $252 billion GDP.

The conspiracy economy is incomparably richer than the national economy in this devastated country: Imran Khan explained the parliamentary move to oust him as an American conspiracy he had fallen victim to because of his meeting with Vladimir Putin on the first day of his war on Ukraine.

On the other hand, something close to consensus has emerged among Western media outlets that the two main reasons for his dismissal are: the contraction of the economy and the deterioration of his relationship with the army. Imran Khan had dissolved Parliament in response to a parliamentary vote calling for his removal, which prompted the Supreme Court to intervene in favor of Parliament and its decision.

Imran Khan has been replaced by Shahbaz Sharif, the brother of former Prime Minister Nawaz Sharif. The Sharif brothers hail from a wealthy family, industrialists and traders from Punjab, which has Shahbaz as its Chief Minister. The media describes him as a serious diligent administrator who does not stop until the job is done. However, he is also a former prisoner who has been accused of corruption by Imran Khan’s government. His son Hamzah is preparing to replace him as Punjab Chief Minister and thus for political inheritance.

Decolonization is not, in itself, enough reason to celebrate independence and the establishment of a state or hail them as virtuous projects. Something else, produced by those who attained their independence, is a necessary requisite.