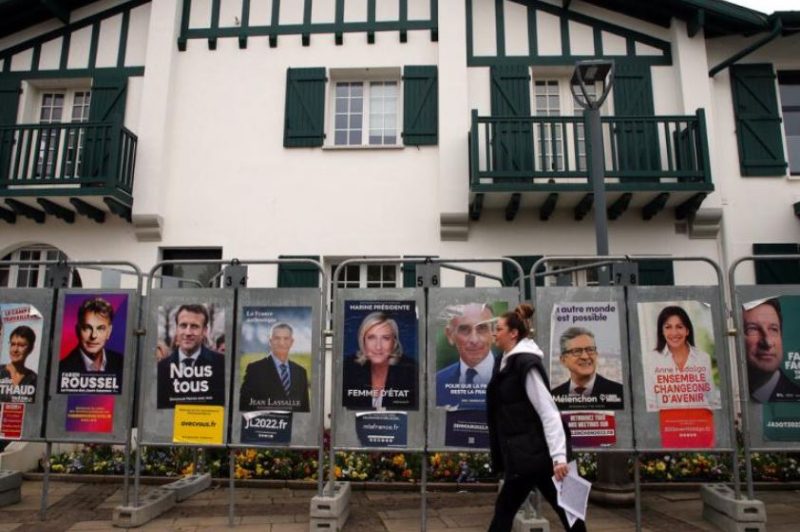 Polling stations for the presidential election in France opened this Sunday at 8 a.m. HL (6 a.m. GMT). The French are called upon to elect their next president and decide between 12 candidates for this first round, the outcome of which is uncertain.

From 8 a.m. and until 7 p.m. HL (or even 8 p.m. in major cities), the French will decide between the candidates, and must guarantee at least two of them to go to the second round.

For this presidential election, 2 facts are new, on the one hand, the rise of the extreme right with for this election 3 candidates who represent the right, on the other hand, the indecision which is at its height among the voters.

The latest polls have shown that the gap between Emmanuel Macron and Marine Le Pen continues to narrow, and for this election more than ever, the threat of a shift to the far right is palpable.

Moreover, some commentators believe that Marine Le Pen would have a good chance of becoming president if she passed the second round, given that she would benefit from the votes of Eric Zemmour and Valérie Pécresse, in addition to her own electoral base.

Thus, several voices call for blocking the far right by voting “useful” for the candidate with the best chance of avoiding an ultranationalist turn in France.

The candidates compete to take the Elysée, for 5 years. The French electoral system is done in two rounds if a clear majority is not clear. To be elected in the first round, a candidate must collect 50% of the votes +1.

This year, two other major issues could be decisive, the abstention rate and the number of undecided on the eve of the election. If the abstention rate turns out to be high, it could work in favor of the candidates with the most loyal and galvanized electoral base, and in this case, it would be the camp of the extreme right.

The undecided are disappointed with the current policy, in particular because of the break-up of the traditional left which normally opposes the extreme right. After two years of a pandemic that had a strong blow to the morale of the French and a period of war in Ukraine, the atmosphere of this electoral campaign was gloomy.

A candidate can also create the surprise: Jean Luc Mélenchon. The boss of rebellious France could be the choice of the undecided and the disappointed and at the same time, block the far right with his program focused on purchasing power and his humanist discourse. However, the outcome of this election remains more uncertain than ever.