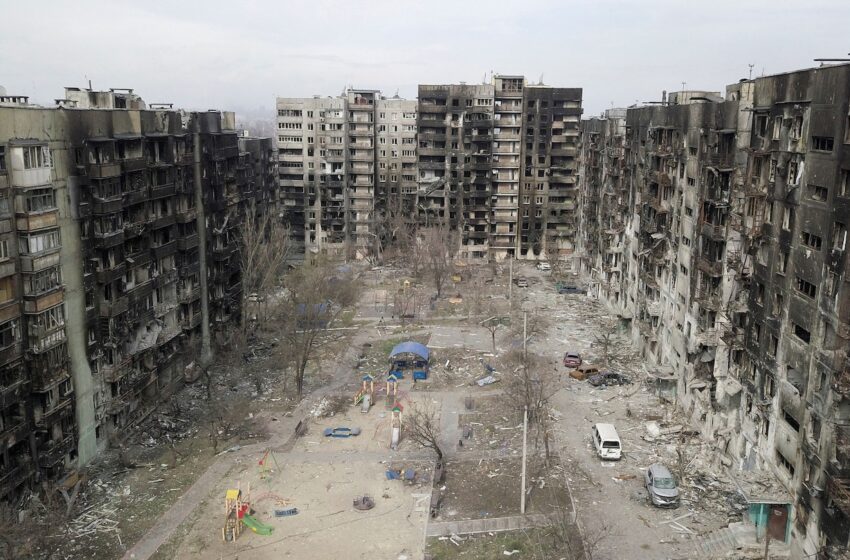 The echoes of Syria grow louder in Ukraine

You’re reading an excerpt from the Today’s WorldView newsletter. Sign up to get the rest, including news from around the globe, interesting ideas, and opinions to know sent to your inbox every weekday.

As the war drags on, the parallels deepen. The Russian invasion has already spawned an enormous refugee crisis, hollowed out many Ukrainian cities and towns, and led to the suffering of countless Ukrainian civilians. The conflict, a growing body of analysts contend, ought to be seen in a continuum with Russia’s 2015 intervention in the Syrian civil war, which played a key role in turning the tide of battle in favor of embattled Syrian despot Bashar al-Assad.

The ruthless tactics and bombing campaigns that Russia unfurled across the Middle Eastern nation served as something of a trial run for the Russian war effort in Ukraine. And, in less than two months, the battles are producing effects on the ground that are tragically familiar to anyone who experienced or watched Syria’s decade-long implosion.

“Look at the city of Mariupol,” Ukrainian President Volodymyr Zelensky told an international forum last month, likening the besieged, ruined coastal city to a war-ravaged metropolis in Syria. “This is exactly what we’ve seen in the city of Aleppo.”

Zelensky’s putative foes found their own metaphors, too. When Russia’s massed troops poured across Ukraine’s borders in late February, Assad himself piped up. He equated the “terrorists” that Russia helped subdue in Syria — never mind that one estimate by a watchdog group claims Russian airstrikes killed as many as 25,000 civilians in Syria since 2015 — to the “Nazis” the Kremlin sought to defeat in Ukraine. Assad described the invasion as a necessary “correction of history and [a] rebalance to the world … lost after the dissolution of the Soviet Union.”

Ukraine’s Mariupol is under siege. It’s a wartime tactic Putin knows too well.

The echoes of the strife in Syria are growing louder in Ukraine, as my colleagues Claire Parker and Adam Taylor spelled out in separate pieces last month. Reports point to Russian strikes indiscriminately killing civilians, hitting hospitals, schools and knocking out vital infrastructure — with Mariupol the most glaring but far from the sole target to endure such bombardments.

As in Syria, “a lot of the civilian casualties that we’re documenting [in Ukraine] are being caused by dumb bombs — not targeted weapons,” Daniel Balson, advocacy director for Europe and Central Asia at Amnesty International, told Parker. “It’s impossible to use such weapons in these heavily built-up areas while ensuring that no civilians lose their lives.”

Syrian opposition activists argue that the seeming impunity with which Russia wreaked violence in support of the Syrian regime is once more in view in the rubble of Ukrainian cities. The Russians “are willing to devour the green and the dry,” said Radwan Alhomsy, a Syrian activist in southern Turkey, deploying an Arabic idiom meaning to destroy everything in an interview with the New York Times last month. “They don’t care about the international community or anything else. We saw that in Syria. Burning schools is not new to us. It’s land they want to take, and they will take it.”

This week, as the Kremlin recalibrates its Ukrainian war effort in the wake of stinging defeats in various parts of the country, President Vladimir Putin appointed a new commander of the war effort — one with experience in Syria. Gen. Alexander Dvornikov was the first commander to oversee Russia’s air war in defense of the Assad regime. “From his time in Syria, he is known in the west for having established the air superiority that allowed Russian and Syrian jets to carry out destructive bombing runs over Idlib and Aleppo, which killed scores of civilians,” noted the Financial Times.

Putin comments on Ukraine’s accusations of war crimes and other atrocities against civilians in towns Russia occupied. He goes on about Afghanistan and Syria for a bit, then says the claims are “fake” – like accusations Assad used chemical weapons pic.twitter.com/Xd1FTS5gqL

In Ukraine, as in Syria, the fog of war has been further darkened by campaigns of misinformation and propaganda. After Ukrainian officials reported an alleged chemical weapons strike in Mariupol this week — one which is so far shrouded in confusion and unverified by any independent media — attention shifted to the ways in which Russia ran interference for the Syrian regime in its documented use of chemical agents in areas held by rebel forces. Russia’s role in helping create “humanitarian corridors” in Syria and forcibly transferring civilians out of cities the regime was recapturing has been apparently replicated in areas of eastern Ukraine overrun by Russian forces.

International rights groups see in Ukraine a continuation of trends witnessed in Syria and earlier wars in the Middle East. Last month, Agnes Callamard, secretary general of Amnesty International, said the U.N. Security Council’s failure to act decisively on Ukraine — thanks, in no small part, to Russia’s right to a Security Council veto — marked yet another failure of the U.N. body and “a repetition of what we have seen in Syria.”

She didn’t spare the United States from her critique. “The crisis in Ukraine right now, the invasion … is not just any kind of violation of international law. It is aggression,” she said. “It is a violation of the U.N. charter of the kind that we saw when the U.S. invaded Iraq.”

One place where the Syrian analogy falls short in Ukraine is in the sympathy and support that Europe has shown to Ukrainian refugees. Western governments are throwing open their doors to Ukrainians, fast-tracking asylum and eagerly expressing their solidarity with the Ukrainian plight. The picture was rather different more than half a decade ago when hundreds of thousands of Syrians sought sanctuary in Europe, often to find themselves stigmatized as alien threats and a problem no European government wanted.

Nevertheless, Syrian opponents of the Assad regime are now rallying behind Ukraine. An article in Agence France-Presse details how Syrian forensic experts are helping Ukrainians document war crimes and reports of chemical weapons attacks, while a group of doctors in rebel-held Idlib province are holding online classes for Ukrainian medics on how to treat casualties in the face of constant airstrikes and bombardments.