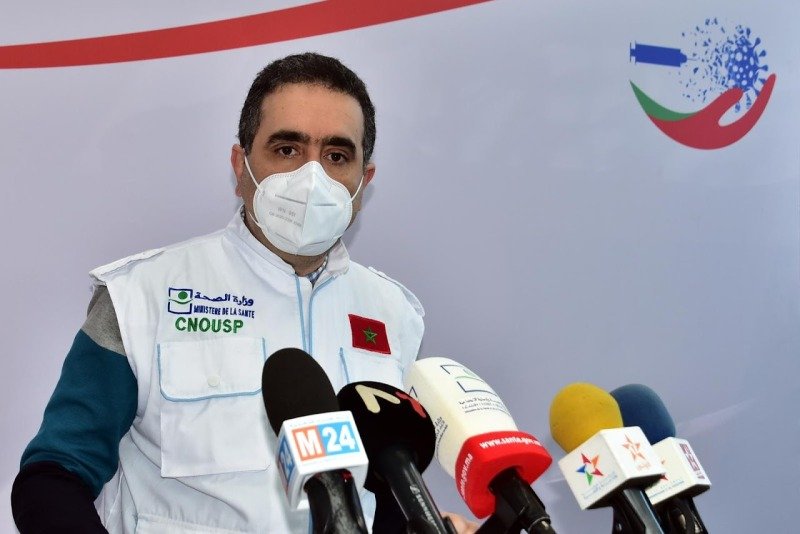 The current epidemiological situation is the best since the beginning of community transmission of the virus, indicated, Tuesday in Rabat, the coordinator of the National Center for Public Health Emergency Operations at the Ministry of Health and Social Protection, Mouad Mrabet .

During a meeting with the press devoted to the presentation of the bimonthly report on the epidemic situation (March 16/April 12, 2022), Mouad Mrabet noted that the Omicron variant continues to circulate at a low rate with its BA sub-mutants. 2 BA.1.

According to the official, the spread of the virus continues at a low level during this third inter-period or the post-Omicron wave period, which is still extending for its sixth consecutive week, since the first week of March 2022, during which 3,138 cases were recorded, at a rate of 75 cases per day, a figure lower than the daily average recorded in the second intermediate period following the delta wave, when an average of 127 cases were recorded per day.

The positivity rate for this third inter-period stands at 1%, while it has stabilized over the past two weeks at 1.3%, he noted.

With regard to serious and critical cases, Mouad Mrabet pointed out that the total number of new cases admitted to intensive care and intensive care units over the past six weeks has reached 232 cases, while 349 patients have left these services after their condition improves.

At the end of this third inter-period, 83 deaths have been recorded, at the rate of two deaths per day, he said, adding that the last three weeks have recorded the lowest number of deaths since the start of transmission. of the virus in the country, in other words, since July 2020, with a total of only 4 deaths, recorded in the last two weeks.

Regarding the national vaccination campaign, Mouad Mrabet indicated that the coverage rate of the third dose reached 17% of the population, with a continuity rate equal to 27%.

In this regard, the official reiterated the ministry’s call, especially to the elderly, immunofragile people and people with chronic diseases, to receive the booster dose to increase the level of immunity, since the risk of contracting the disease still exists, even if he remains weak.

The possibility of the emergence of other variants at the global level is not excluded, said Mouad Mrabet, believing that the risk of new waves remains present, as confirmed by the World Health Organization (WHO) in his recent reports.