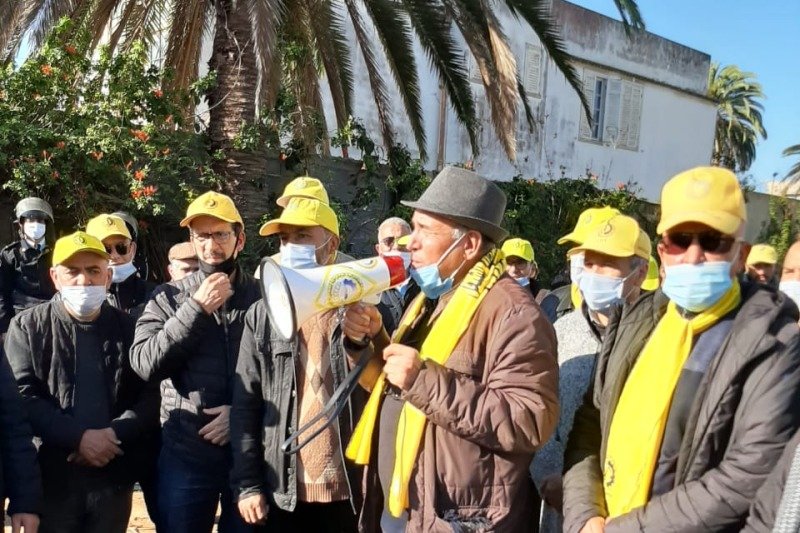 The CDT attached to the unified status of civil servants, denounces the arrests of teachers A timid dialogue is still underway between the Ministry of National Education and the most representative trade unions in the education sector for the resolution of several issues, including the situation of contract teachers and the unified status of education officials. national.

During its meeting held remotely, the National Office of the National Union of Education, affiliated to the Democratic Confederation of Labor (CDT), discussed the various developments in the social and educational situation in our country, marked by congestion, arrests and prosecutions.

A climate of discontent, anxiety, and expectation that does not resonate in the decisions and measures taken at the governmental and sectoral level, notes the union, and this in a ” context of hesitant dialogue which has not yet led to tangible and equitable results for workers in the education sector“.

In addition to the situation of the sector, the national office of the SNE also considered during this meeting the state of progress of the preparations for its 10th National Congress, the realization of the various devices for the success of this organizational event, and the fight it requires to continue to defend public schools and workers’ demands.

To this end, the National Teachers’ Union has insisted “the need for Morocco to have a real political will to initiate a profound and comprehensive reform of the education and training system based on a participatory approach with the teachers’ unions, and all the living forces of society, far from diktats, and from the security and financial approach with a limited horizon”.

Similarly, the SNE has once again confirmed its firm position on the urgency of issuing a fair, motivating, equitable, supportive and unified basic statute that preserves the achievements and meets the expectations of the teaching staff.

” We hope for the release of a unified and fair status that will allow the resolution of several files, in particular that of contractual teachers.s”, hopes Abdelghani Raki, secretary general of the SNE office.

This unified status, continues the union, will also allow the integration of so-called contractual teachers and executives into the basic status of civil servants of the Ministry of National Education, subject to the basic status of the public service, with the promulgation of amending decrees which makes up for the injustice that has affected certain categories of education personnel.

Furthermore, the union condemns the arrests and prosecutions that have affected women and men in education, as well as the repression of educational demonstrations that aim to defend the gains, demands and legitimate rights.

In this sense, the union calls on the government to calm the atmosphere by creating favorable and positive conditions for a serious and responsible dialogue, leading to tangible and fair results and meeting expectations, in order to overcome this climate of congestion, discontent and of anxiety that characterizes the educational community.

Ultimately, the SNE denounces the various forms of normalization with the Zionist entity, in particular ” educational normalization, and condemns the repression of demonstrations in favor of the just cause of the Palestinian people, foremost among which is the construction of an independent Palestinian State with Jerusalem as its capital and the return of refugees“.