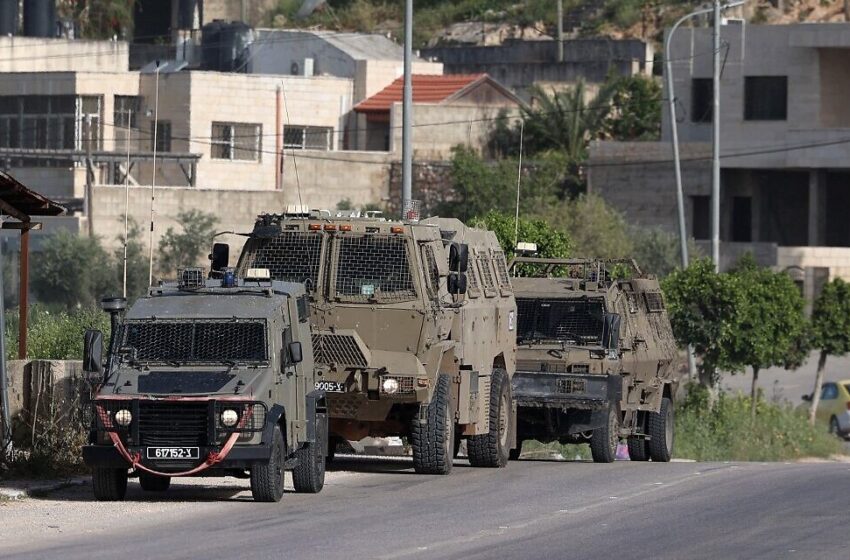 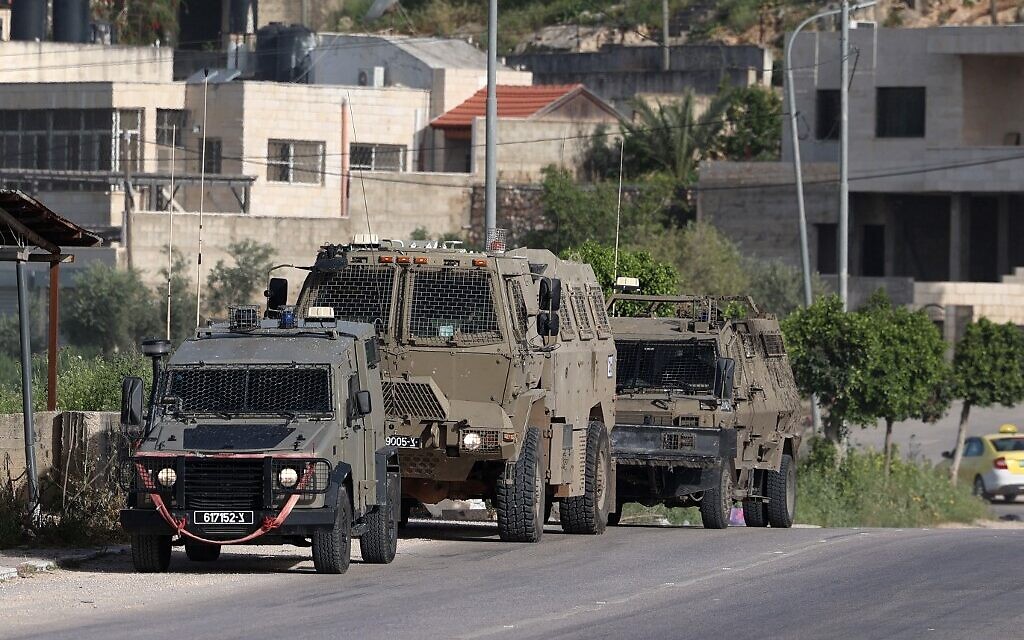 The Israeli military said troops opened fire Sunday on a car in which two brothers of Ra’ad Hazem, the terrorist who killed three Israelis in downtown Tel Aviv last week, were believed to be traveling.

The Israel Defense Forces said “intelligence indicated that the terrorist’s two brothers were in one of the vehicles” seen near a Hazem’s home in the village of Deir Ghazaleh.

The terrorist’s family has two houses in the area — one in the Jenin refugee camp and another in the nearby village.

The IDF said bullets struck the car that was traveling in the Jenin area, but it ultimately fled the area. The army claimed soldiers had aimed at the car’s tires, but footage showed smashed windows.

Fathi Hazem, the father of the terrorist, wrote on Facebook that his wife and his younger son were traveling together in the car when soldiers shot at them.

“The army attacked the vehicle directly, I moved the vehicle so they hit its side. They planned to kill, not stop,” Hazem’s brother said in a video circulating on Palestinian social media. He said he was in the car with his mother and 6-year-old brother.

The IDF said that another suspect fired at the soldiers from a passing motorcycle during the operation. The soldiers responded with fire and hit the man, the military said.

The Palestinian Authority Health Ministry reported that a Palestinian man was wounded by Israeli bullets in his pelvis during the incident.

Israeli security forces have sought to arrest the father and brother of Ra’ad Hazem for their alleged involvement in the attack. Hazem’s father, Fathi, is a former security prisoner who previously served as an officer in the Palestinian Authority’s security services in Jenin. He has praised his son for the killings and refused an Israeli summons for questioning.

Overnight Saturday soldiers conducted raids in Palestinian cities across the West Bank in an attempt to tamp down the violence, and arrested 20. Palestinians clashed with Israeli troops during the raids in Tulkarem, Jenin, and Jericho, leading to several injuries.