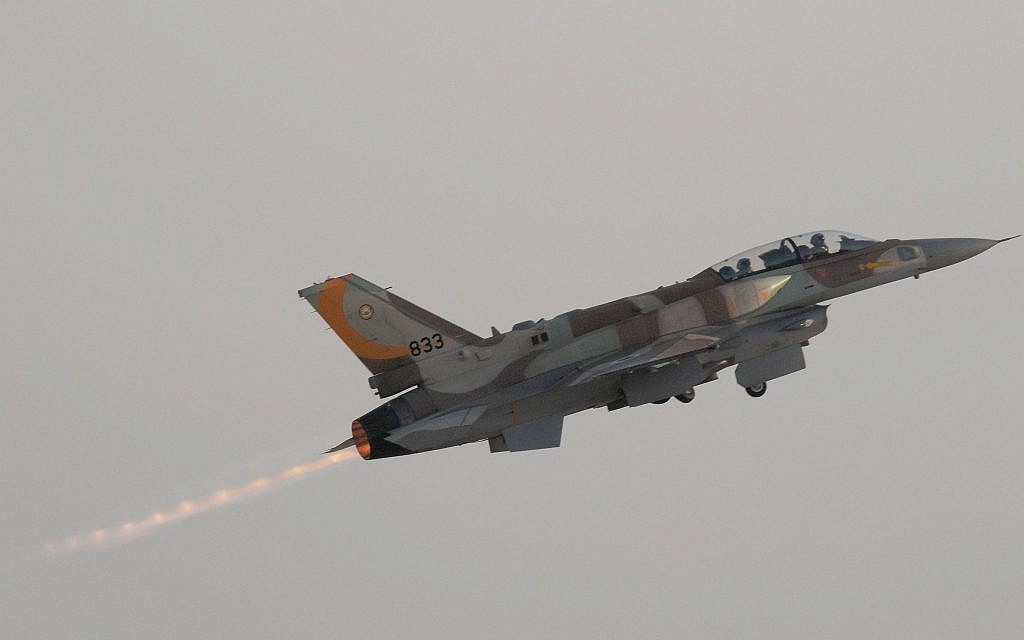 “Our air defenses intercepted hostile missiles in the airspace of Damascus and its countryside, shooting down a number of them,” Syrian’s official Sana news agency said. Syria regularly claims to intercept Israeli missiles, though military analysts doubt such assertions.

The strike carried out at approximately 00:45 a.m. came “from the northeastern direction of Lake Tiberias, targeting Damascus airport and some points south of Damascus,” it added.

“The aggression led to the death of five soldiers and some material damage,” Sana quoted a military source as saying.

In the past month, reported Israeli airstrikes have targeted Aleppo airport twice.

As a rule, Israel’s military does not comment on specific strikes in Syria, but has admitted to conducting hundreds of sorties against Iran-backed groups attempting to gain a foothold in the country. It says it also attacks arms shipments believed to be bound for those groups, chief among them Lebanese Hezbollah.

On Thursday a senior Israel Defense Forces officer told reporters that the military has identified that Hezbollah and other Iran-backed militias in Syria are beginning to withdraw from the region following a series of airstrikes attributed to Israel in recent weeks.

The officer said the apparent withdrawal of these forces from the area is “a result of the IDF strikes.”

Israeli defense officials have made such claims before, most recently in 2020.

Recent airstrikes attributed to Israel disrupted operations at the Aleppo and Damascus airports, in an attempt to stem weapon shipments from Iran to the Hezbollah terror group via Syria.

Other recent airstrikes Syria has blamed on Israel targeted a Syrian military site-turned-weapons factory in Masyaf.

Defense Minister Benny Gantz said on Monday that Iran had converted the Scientific Studies and Research Center, as well as other sites across the country, into factories for long-range precision missiles for Hezbollah.

Emanuel Fabian contributed to this report.