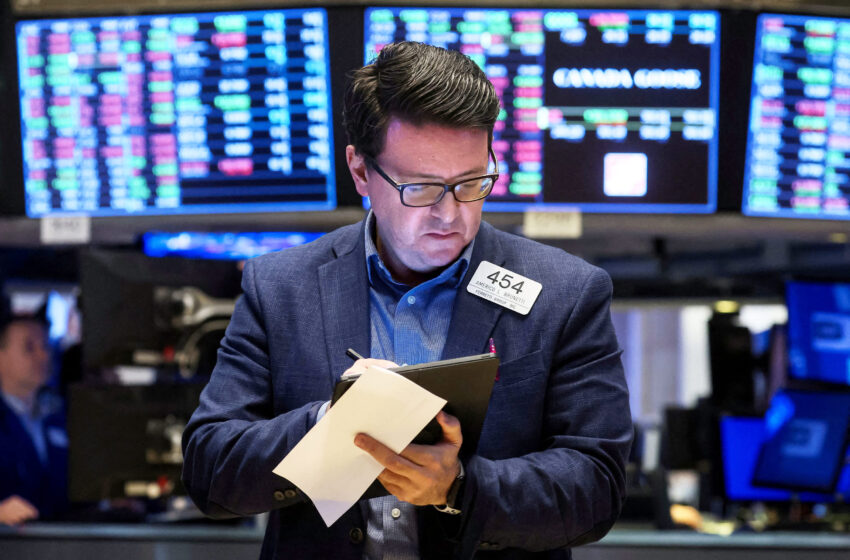 Futures on the Dow Jones Industrial Average were lower by 9 points, giving up earlier gains. S&P 500 futures and Nasdaq 100 futures climbed 0.1% and 0.3%, respectively. Those moves come after the S&P 500 and Nasdaq Composite posted their third straight losing session on Tuesday amid March’s CPI showing the highest inflation since 1981.

First quarter earnings reporting season kicked off Wednesday and analysts have tempered their expectations amid rising commodity costs, the war in Ukraine and the lingering pandemic. Earnings for S&P 500 companies are expected to increase just 4.5% in the period, the lowest growth since the fourth quarter of the pandemic-plagued 2020, according to FactSet.

JPMorgan share fell 3% in premarket trading after the bank reported a 42% decline in first-quarter profits stemming from increased costs for bad loans and market upheavals tied to Russia sanctions. JPMorgan did manage, however, to report $31.59 billion in revenue for the period, slightly more than expected by analysts.

On Wednesday a report showed producer prices, wholesale costs that could eventually lead to higher retail prices, jumped a record 11.2% in March on an annual basis. The monthly gain of 1.4% topped the 1.1% estimate from economists polled by Dow Jones.

The 10-year Treasury yield rose slightly to 2.74% following the producer prices report. The yield touched a three-year high of 2.82% this week before pulling back.

On the flip side, Delta was a big earnings season winner, gaining 6% as its quarterly loss was less than expected and it forecast a return to profitability for this quarter.

“Given the myriad headwinds faced by companies in the 1st quarter and the year ahead, we think 1Q reporting season has the potential to be a mess,” wrote Lori Calvasina, head of U.S. equity strategy at RBC. “But we also see the potential for it to not be as bad as feared, given the likelihood that buy-side expectations are much lower than official sell-side forecasts – as long as robust assessments of underlying appetite/demand remain in place.”