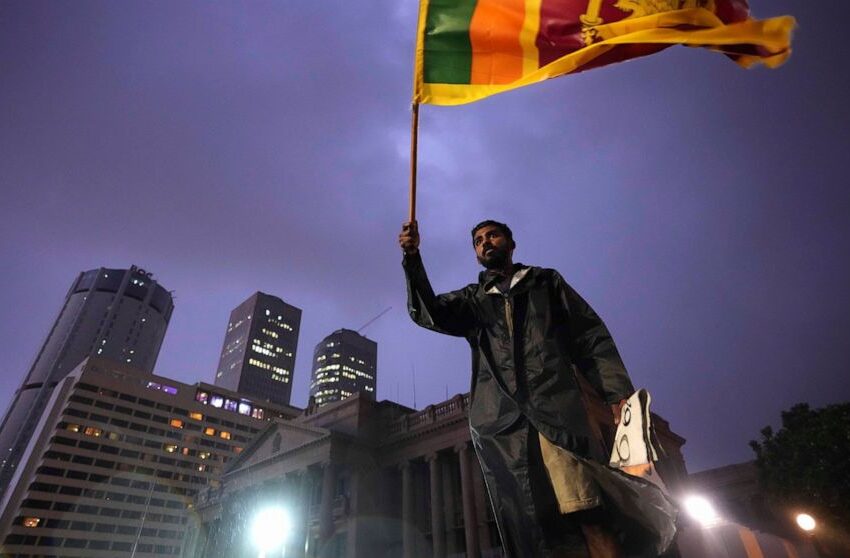 Sri Lanka leader appeals for end to calls for is resignation 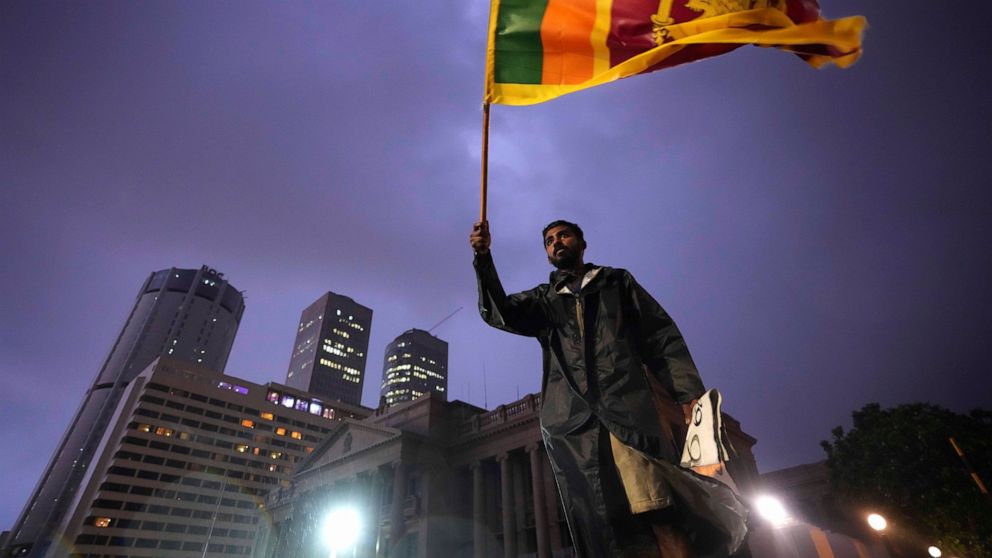 Sri Lankan Prime Minister Mahinda Rajapaksa is appealing for an end to protests calling for his resignation over his handling of the worst economic crisis in decades, saying his government is launching a plan to rebuild the country

COLOMBO, Sri Lanka — Sri Lankan Prime Minister Mahinda Rajapaksa appealed Monday for an end to protests calling for his resignation over his handling of the worst economic crisis in decades, saying his government is launching a plan to rebuild the country.

In a televised speech to the nation, he asked for patience and told the protesters that “every second” spent demonstrating on the streets takes away opportunities to receive crucial foreign currency.

Protesters, meanwhile, continued occupying the entrance to the president’s office for a third day Monday demanding he step down.

The Indian Ocean island nation is on the brink of bankruptcy, saddled with dwindling foreign reserves and $25 billion in foreign debt to be repaid over the next five years, of which nearly $7 billion is due this year. Talks with the International Monetary Fund are expected later this month, and the government has turned to China and India for emergency loans to buy food and fuel.

For months, Sri Lankans have stood in long lines to buy fuel, cooking gas, food and medicines, most of which come from abroad and are paid for in hard currency. The fuel shortage has caused rolling power cuts lasting several hours a day.

Rajapaksa blamed the foreign exchange crisis on COVID-19 restrictions and the loss of crucial tourism income.

“We are embarking on an enormous program to overcome the crisis we face today. Every second spent by the president and this government is used up exhausting avenues to rebuild our country,” he said.

“Friends, every second you protest on the streets, our country loses opportunities to receive potential dollars,” he said.

Much of the anger expressed by weeks of growing protests has been directed at the Rajapaksa family, which been in power for most of the past two decades. Critics accuse the family of borrowing heavily to finance projects that have earned no money, such as a port facility built with Chinese loans.

Even Rajapaksa’s estranged former coalition allies are calling for him to be replaced with an interim prime minister and a multiparty government. They say they don’t want the powerful Rajapaksa family in an interim government because it is at the center of the public ire.

Rajapaksa refused in his speech to yield power, saying the governing coalition will continue to rule Sri Lanka because opposition parties rejected his call for a unity government.

“We invited all political parties represented in Parliament to join us and uplift the country. But they did not join us,” Rajapaksa said. “As the party in power we took up that responsibility.”

The crisis and protests triggered the Cabinet’s resignation. Four ministers were sworn in as caretakers, but much of the key portfolios are vacant.

Parliament has failed to reach a consensus on how to deal with the crisis after nearly 40 governing coalition lawmakers said they would no longer vote according to coalition instructions, significantly weakening the government.

With opposition parties divided, they too have not been able to form a majority and take control of Parliament.