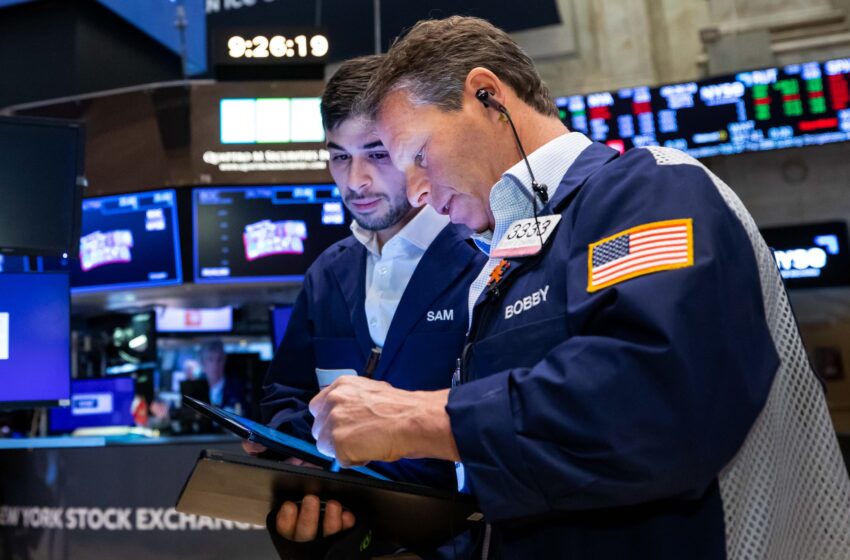 Stocks fell on Tuesday, after an early morning bounce gave way to selling as investors weighed the latest U.S. inflation data. The report showed another sharp increase in prices for last month.

The major averages were sharply higher to start the session, with the Dow rallying as much as 361.89 points, or 1.1%. The S&P 500 and Nasdaq were up as much as 1.3% and 2%, respectively, at their highs of the day. Wall Street was trying to recover from steep losses suffered in the previous session.

Consumer prices for March increased 1.2% month-to-month and 8.5% annually, the Labor Department said on Tuesday. However, the core CPI — which excludes food and energy prices — rose less than expected; it climbed 0.3% in March, while economists polled by Dow Jones expected a gain of 0.5%. Core prices on an annual basis were up 6.5%.

The high inflation numbers raised expectations of tighter monetary policy from the Federal Reserve that investors fear could slow the economy. The Fed raised rates at its March meeting, and it’s expected to hike more throughout the year.

“I think the Fed has to continue at least 50-basis-point hikes for a number of meetings,” Wharton School finance professor Jeremy Siegel told CNBC’s “Halftime Report” on Tuesday. One basis point equals 0.01 percentage points. “The Fed really has to get above 3%, 3.5% if it wants to slow the inflation, which I still think is moving through the system.”

Siegel said he sees elevated inflation continuing for “many months to come.”

The 10-year Treasury yield retreated from a three-year high following the report as traders hoped the core reading could mean inflation is showing signs of peaking. The benchmark note fell more than 6 basis points to 2.717% following the CPI report after earlier reaching 2.82%.

Tech stocks gave up earlier gains after popping to start the day. Microsoft and Nvidia all dropped lower, falling 1% and 2%, respectively.

Tuesday’s moves took place amid a surge in oil prices, as China eased up on Covid lockdowns that would have hurt demand. The international benchmark Brent crude jumped 6% to $104.60 per barrel. Meanwhile, West Texas Intermediate crude futures gained 6.7% to $100.66 per barrel.