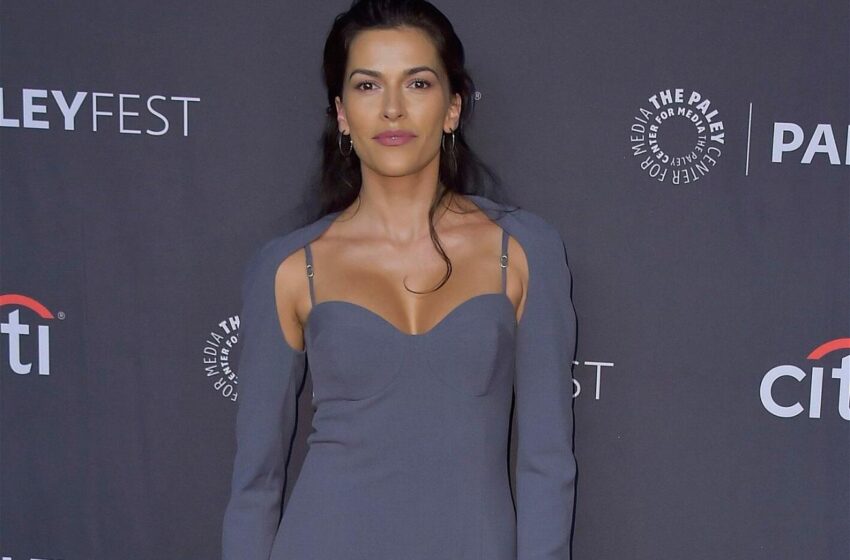 Sofia Pernas Is In Awe Of Her Stepdaughter’s Wisdom

After going down the marriage road twice, Justin Hartley has finally found “the one.” He could not be more head over heels in love with Sofia Pernas, with whom he exchanged marital vows in the early months of 2022.

Hartley and Pernas met on “The Young And The Restless” series and made their relationship public after appearing on the red carpet at the 2021 MTV Movie and TV Awards.

Shortly after that, they announced they were getting married. Presently, the couple is blissfully in love and couldn’t be more fulfilled that they married each other.

Pernas has also adapted to being a stepmom to her husband’s kid, Isabella, whom he shares with his ex wife, Lindsay Hartley. She recently gushed about how her husband’s 17-year-old kid was a very “wise” young woman.

‘She Has Everything Figured Out’

In an interview with Page Six at PaleyFest, the “Young And Restless” star had only warm words to say about her stepdaughter.

“She’s so wise. That girl, she’s got it figured out!” she told the outlet during PaleyFest’s “This Is Us” event in Los Angeles on Saturday. “She knows exactly what she wants. She has a beautiful, wonderful boyfriend. I don’t want to say too much about it because she’s like, ‘Ahh!’ but they’re awesome.”

She continued, “He’s very smart, she’s very smart. She knows what she wants, and [Justin’s] lucked out,” Pernas said when asked how her husband felt about his daughter’s relationship. “It’s rare when you get someone 18 being that intelligent about what they want in a partner and not messing up and figuring out from your mistakes later. She’s great.”

Before this, she had previously displayed the cordial bond she has with her stepdaughter by leaving several comments on Isabella’s Instagram posts. “Happy 16th ma Cherie,” the actress wrote, adding a string of love emojis.

In the same interview, the actress also opened up about her first anniversary with the “This Is Us” star on March 27, 2022. She also admitted that their marriage was successful due to “a lot of work.”

“You hear all the time from your girlfriends who are newlyweds, ‘It is work.’ It does not matter how new you are, how in the honeymoon phase you are, how far into it you are. It’s still a lot of work,” she explained. “Especially when you’re working all the time and you’ve got to come home. You are tired, you are wired and you have to come home to someone and still give them the time they need. it’s all work, you know?”

She continued, “If you love your partner enough and if you are crazy about them, then I know it sounds really cliché to say, but you just can’t wait to come home to them or, like, get on the phone on the way home, which is what he does. He will wrap, and he will call me immediately, ‘I just wrapped. I have got to hear your voice.’”

The “Blood And Treasure” star gushed about how her husband made intentional efforts in making her feel loved every time.

“It takes a lot of that, and when you have it, you want to capture lightning in a bottle,” she explained.

Hartley Had Previously Gushed About His Marriage To Pernas

In recent interviews, the actor spoke to Haute Living about how peaceful their marriage was. He expressed that he and his partner were happy, and their relationship was successful because nothing was forced.

“When I re-met her, I just knew. It’s so interesting about the human heart and human mind. It’s not a codependency; I am just at peace with myself. I feel loved, and I feel appreciated. I know she feels the same way. We just have a really great relationship and a really terrific family. It is healthy and it is wonderful.”

He concluded, “I am happier than I’ve ever been. I’m fulfilled in so many ways. My daughter is doing great in high school — she’s off to college soon, which is sad, but it’s also exhilarating. I’ve met my life partner. I’ve got a great imagination, but I could not have imagined someone like this. She is off the charts.”

Justin Hartley Struggled With His Daughter Starting To Date

While appearing on the “Tonight Show With Jimmy Fallon” in 2019, the “This Is Us” actor expressed his conflicting feelings surrounding his daughter’s romantic ventures.

“She’s wonderful, but she’s 15 now — 15 going on, like, 50 — and she’s dating a little bit. And man, I just want to crawl into a hole and die,” Hartley replied. He said that he knew it was natural and healthy for his young daughter to want to explore dating and relationships.