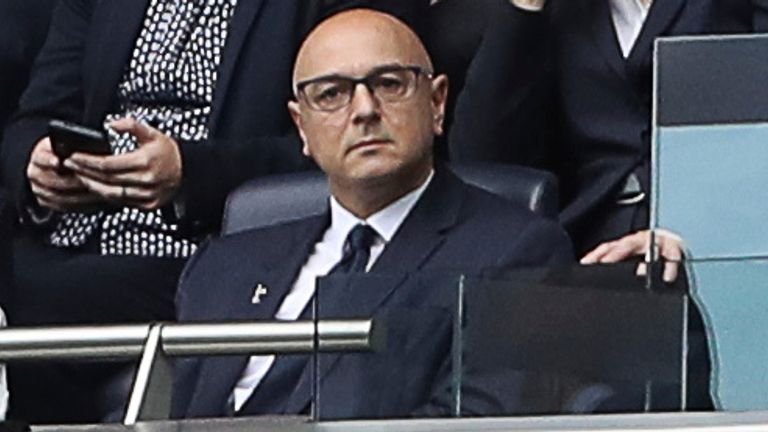 Skinner signs up as Tottenham head coach until 2024

Tottenham Women head coach Rehanne Skinner has signed a new deal which will keep her at the club until 2024.

Skinner, who has been in charge since November 2020, has guided Spurs to fifth place in the Women’s Super League with five games of the season remaining – and to within touching distance of a best finish yet.

Chairman Daniel Levy told the club’s website: “We are delighted that Rehanne has agreed a new contract.

“The team has delivered consistently strong performances and I know Rehanne and her coaching staff are driven to take them even further. We’re all excited about what the future holds.”

The team has delivered consistently strong performances and I know Rehanne and her coaching staff are driven to take them even further.

Skinner cited the support provided by the club in her decision to extend her stay.

She said: “I’m delighted to sign a new contract. Throughout the course of my time here, I’ve felt really supported by the club in terms of the vision we have as a collective.

“We’re on a journey and it’s a chance for us to keep building. We know where we are and where a club of Tottenham Hotspur’s stature should be.

“You can’t underestimate the value of top-quality training facilities and we’ve been supported completely. The club is meeting my ambitions and we know the direction we want to go in.”

The club is meeting my ambitions and we know the direction we want to go in.

Sky Sports digital – Follow all the latest from the WSL across SkySpots.com and app, including exclusive features and interviews, plus dedicated live blog coverage and in-game clips from games live on Sky Sports. You can watch free match highlights from every WSL game this season on Sky Sports’ digital platforms and YouTube channel.

Inside the WSL – Hosted by award-winning broadcaster and journalist Jessica Creighton, Inside the WSL is a comprehensive round-up of all things Barclays FA Women’s Super League and women’s football. Airing weekly from Thursday, September 9 on Sky Sports Premier League, the half an hour show will review and preview matches, include in-depth analysis and exclusive player interviews. Viewers can expect gripping behind-the-scenes access as well as a summary of all the action both on and off the pitch.

Sky Sports Social – Alongside coverage and visibility for the league across all Sky Sports’ main social media channels, a new bespoke Twitter channel @SkySportsWSL will be the home of all Barclays FA WSL content on Sky Sports.

To add all the Barclays FA WSL fixtures to your calendar click here.