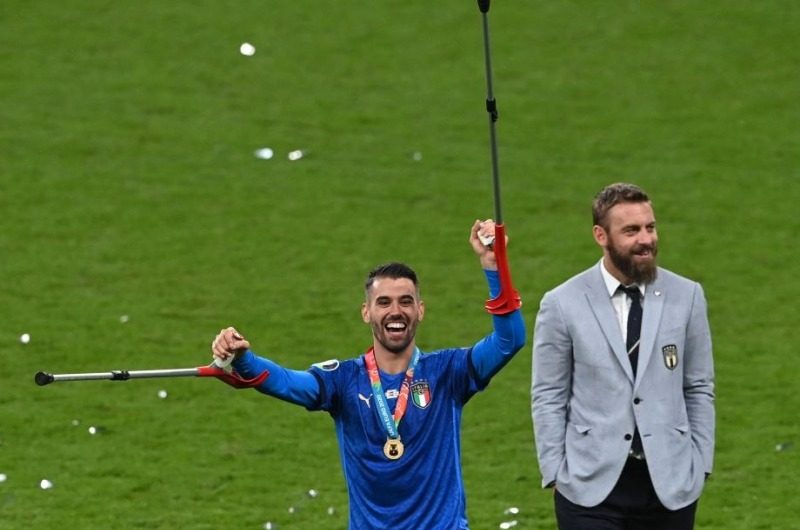 Serie A: Spinazzola finds AS Roma Absent from the field since last July after his serious injury to an Achilles tendon during the Euros, the Italian international side Leonardo Spinazzola, finds the group of AS Roma for the match against Salernitana, Sunday during the 32nd day of Series A.

Spina had received final medical approval barely ten days ago to resume collective training. If he appears on the official match sheet communicated by the Italian League an hour before kick-off, he has little chance of playing.

Moreover, the coach of AS Roma, the Portuguese José Mourinho, had always said that he did not want to force the recovery of “Spina”. He would probably only play a few matches at the end of the season to best prepare for next season, he pointed out.

The convocation of this Sunday precisely seems to be an additional step towards the return to competition of the left side of 29 years, which had been one of the greatest revelations of the last Euro. He suffered a ruptured left Achilles tendon on July 2 during the Italy-Belgium quarter-final, won by Squadra Azzura (2-1).