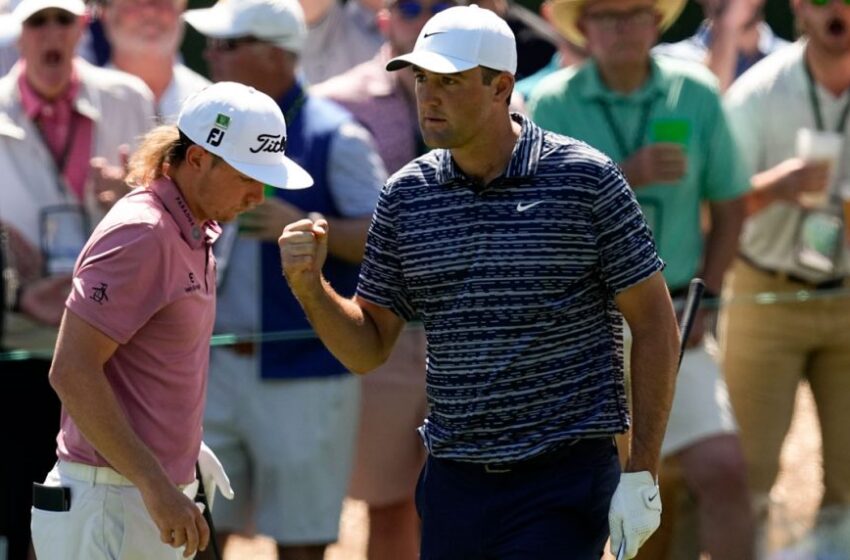 Scottie Scheffler prevailed by three strokes to win the Masters for his first major championship victory.

Scheffler went into the weekend at Augusta National five strokes ahead of the competition which tied for the largest 36-hole lead in tournament history. The No. 1 golfer in the world came into the Masters winning three of his last five events on the PGA Tour.

Cameron Smith and Rory McIlroy provided Scheffler with some tough competition on Sunday, keeping within a few strokes of the lead. McIlroy finished one shot off the course record at Augusta National with an 8-under 64, while Smith hit it into the water on hole 12 to end his pursuit of a Green Jacket.

Tiger Woods shot a 6-over round of 78 on Sunday finishing at 13 over for the week, his worst showing at the Masters and one shot off his worst 72-hole score ever as a professional.

Canadian Corey Conners finished with an even-par on Sunday, finishing in the top-10 at 3-under, while Mackenzie Hughes was 15-over after shooting 6-over on Sunday. Former Masters champion Mike Weir missed the cut following a second-round score of four-over-par.