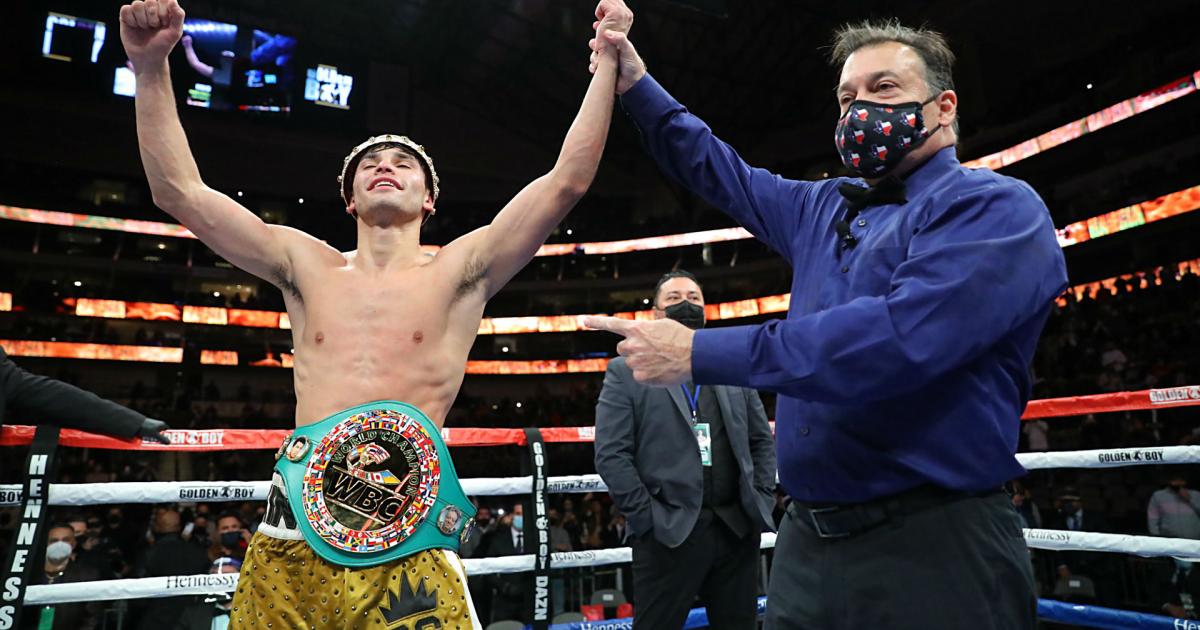 A social media and boxing star, Ryan Garcia has a bright future in the ring. The 23-year-old has become a hot commodity for his personality and raw power.

At 23, Garcia has a 21-0 record with 18 wins via knockout. In his last fight, Garcia beat Luke Campbell for the interim WBC lightweight title. After taking time off to recover from surgery and focus on his mental health, Garcia is back in action on April 9.

He is set to take on Emmanuel Tagoe inside the Alamodome in San Antonio. Garcia looks to take advantage of his new contract with Golden Boy by competing in as many big fights as possible. He will also look to utilize outside endorsements.

The Sporting News looks into how Garcia has accumulated his fortune and where he stands among the wealthiest and most influential athletes in the world.

Ryan Garcia’s net worth: How much does Garcia make?

According to Celebrity Net Worth, Ryan Garcia has a net worth of around $10 million in 2022. This comes after signing a five-year deal with Golden Boy. Garcia has also become a social media influencer, but it is unknown what he has made off of TikTok and Instagram, if anything.

SportsPro named him the 12th-most marketable athlete in 2020, beating out Tyson Fury and Anthony Joshua.

To start his career, Garcia earned about $55,000. In his fight with Romero Duno, resulting in a devastating knockout win, Garcia earned a $250,000 payday. At the time, Garcia didn’t feel respected by Golden Boy, per Forbes. He would end up getting paid about $500,000 in purse money after that fight.

Ryan Garcia vs. Emmanuel Tagoe fight purse: How much will Ryan Garcia make?

According to Total Sport, Garcia will be making a total of $3 million for his fight against Emmanuel Tagoe on April 9. That includes a 70/30 split of the PPV shares for the fight.

Garcia’s main sponsor is Gymshark, an apparel and accessories brand. He has also worked with 1800 Tequila and has done some modeling in the past.

Over the years, Garcia has involved himself with World Bicycle Relief. He has also raised money for breast cancer awareness via the Oscar De La Hoya Foundation.