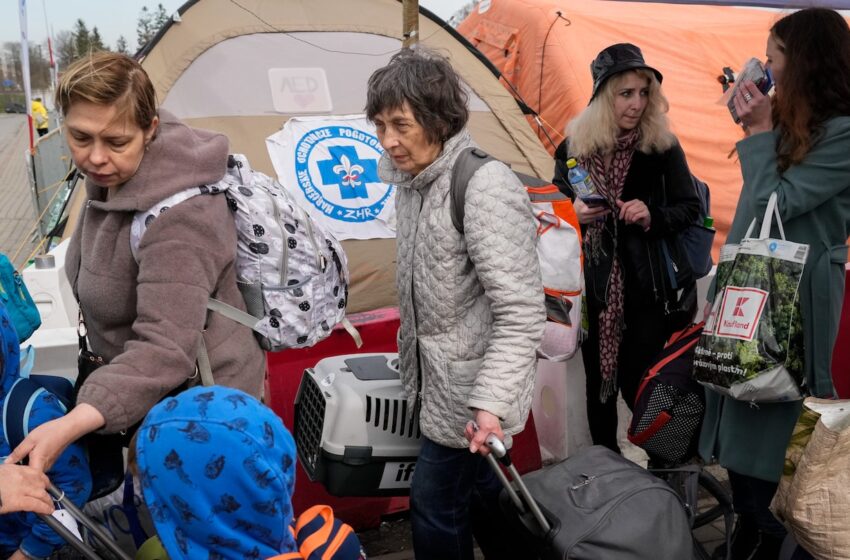 RIGA, Latvia — When Irina Gen’s students in western Russia asked why a European sports competition had barred them from attending, the 55-year-old teacher let loose with a tirade against Russia’s invasion of Ukraine. “So long as Russia doesn’t behave itself in a civilized way, this will go on forever,” she fumed, adding that she endorsed the European ban. Russia “wanted to get to Kyiv, to overthrow Zelensky and the government. This is a sovereign state,” she said. “There’s a sovereign government there.”

Little did she know that her students were recording her outburst and that a copy would make its way to law enforcement authorities, who opened a criminal investigation under a new national law banning false information about the military.

Gen is one of at least four teachers recently turned in by students or parents for antiwar speech, in some of the starkest examples of the government’s quest to identify and punish individuals who criticize the invasion. It’s a campaign with dark Soviet echoes, inspired last month by President Vladimir Putin, who praised Russians for their ability to identify “scum and traitors” and “spit them out like a fly.”

“I am convinced that this natural and necessary self-cleansing of society will only strengthen our country,” Putin said March 16 in a televised speech, accusing the West of wanting to use a “fifth column” to destroy Russia.