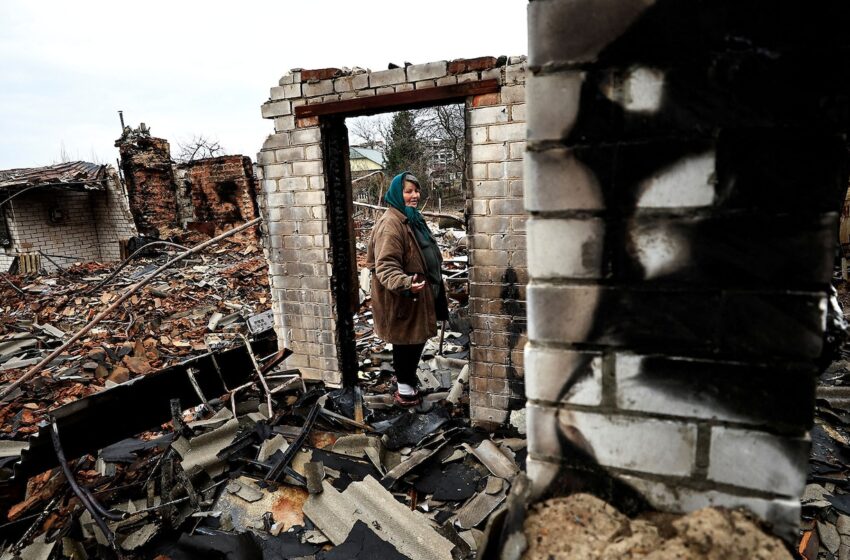 The strongman leader of the Russian republic of Chechnya vowed Monday in a rambling Telegram post that Moscow will “take Kyiv and all the remaining cities” — and said its war effort will continue to see “good results” on the battlefield.

In the Telegram post Monday, he described himself as Russian President Vladimir Putin’s “foot soldier” and promised he would not “take one step back” from the fight. His comments were aligned with the Kremlin, which said Russia’s “special operation” in Ukraine is continuing on track.

Kadyrov said Russia will remain on the offensive, with eyes also on the besieged southern Ukrainian city of Mariupol, Luhansk and Donetsk in the east, and other villages and cities in between.

Kadyrov also urged Ukrainian soldiers to surrender. “It is better for you to stand with Russian army,” he said. “You see what happens after the war. Don’t let Kyiv be destroyed; Kharkiv and other cities. This is in your power; be men.”

Kadyrov has ruled Chechnya since 2004, when he took over control from his father, who was assassinated. Russia waged two wars against separatists in Chechnya in the 1990s after the region declared independence several years after the Soviet Union collapsed. In the second Chechen war — led by Putin, then acting prime minister — Russia lay siege to the capital, Grozny, and flattened the city. The war officially ended in 2000, when Putin installed the pro-Moscow Kadyrov family in power in Chechnya.