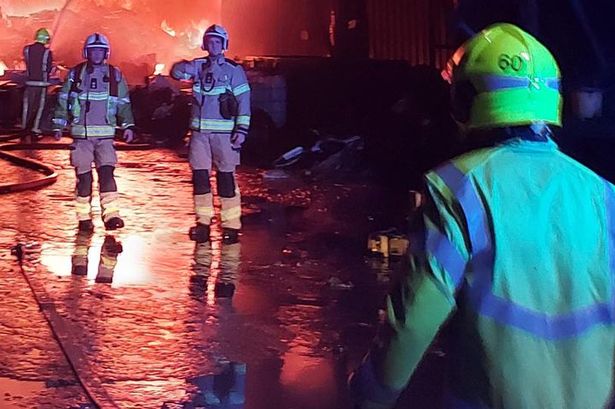 Firefighting crews from more than a dozen different fire stations in West Yorkshire are battling a huge blaze in a row of terraced houses this morning.

West Yorkshire Fire and Rescue Service (WYFRS) was alerted to the blaze in Queen Street, Ravensthorpe, shortly after midnight. Video footage shows that a house is well alight, and that emergency services have closed the road.

Scroll down for updates as we get them.

For more stories from where you live, visit InYourArea.