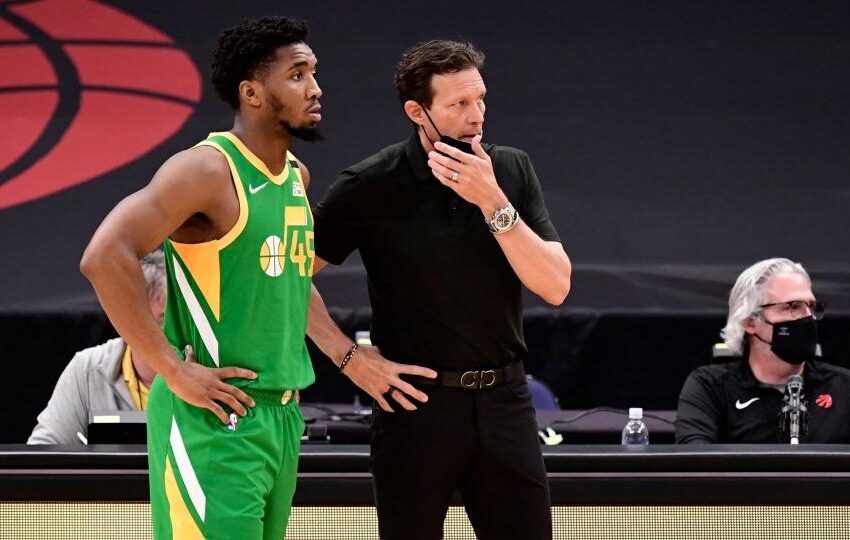 The Los Angeles Lakers are reportedly expected to part ways with head coach Frank Vogel, according to ESPN’s Adrian Wojnarowski.

After a season filled with multiple reports indicating that Vogel was on the hot seat, the Lakers appear ready to make a coaching change. They massively underachieved in 2021-22, finishing 11th in the Western Conference and missing out on the Play-In Tournament.

This move comes just two seasons after Vogel led LeBron James, Anthony Davis and the Lakers to an NBA title inside the Florida “bubble.” Over his three seasons as head coach in Los Angeles, he tallied a 126-98 record.

With a disappointing season almost behind them, who could the Lakers hire to replace Vogel? 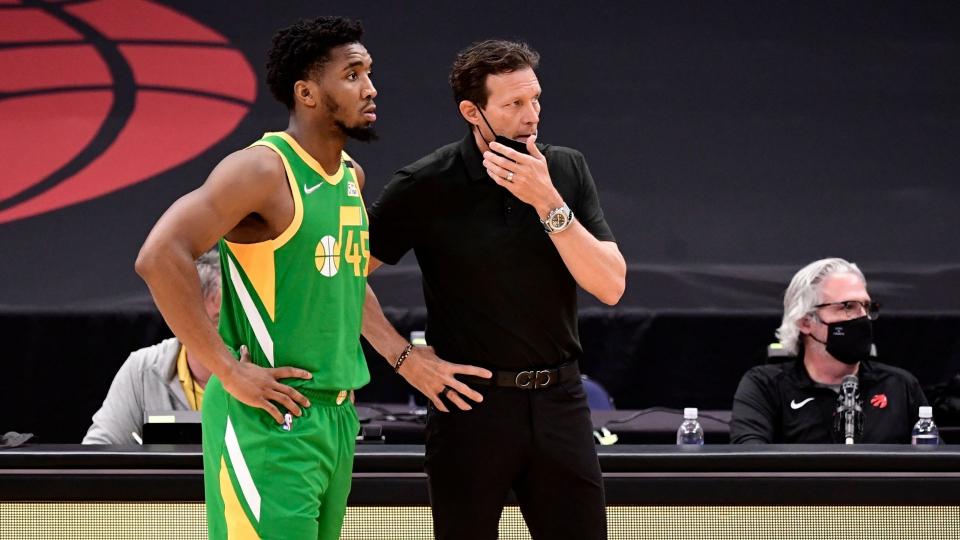 NBA insider Marc Stein first reported the possibility of Snyder coaching the Lakers in March and noted his history with the franchise. He served as an assistant coach in Los Angeles during the 2011-12 season under Mike Brown.

If the Jazz are eliminated early in the playoffs and feel the need to make changes this offseason, Snyder could view Los Angeles as a great place for a fresh start. The Lakers may not be the only team interested in Snyder, though. Snyder is also considered as a strong candidate to succeed Gregg Popovich if the longtime Spurs coach decides to retire, per Stein.

MORE: Ranking the 30 best players in the NBA: Where did LeBron James land? 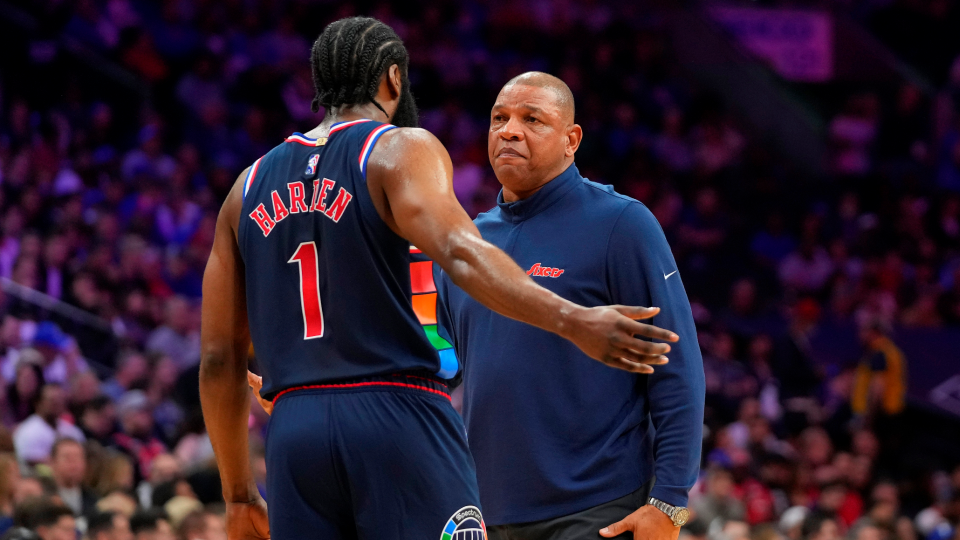 Rivers signed a five-year deal with the Sixers in 2020, but that contract hasn’t kept his name out of the rumor mill. He has been “mentioned by league personnel” as a possible replacement candidate for Vogel, according to Bleacher Report’s Jake Fischer.

Would Rivers, who was named one of the 15 greatest coaches in NBA history earlier this year, really leave Philadelphia for Los Angeles? His availability may depend on whether or not the Sixers can make a deep playoff run.

Cassell received interest for a few different head coaching jobs this past offseason before he latched on as an assistant with Doc Rivers in Philadelphia.

He has yet to land a head coaching job, but his pedigree as an assistant coach for 13 seasons, along with his reputation as a player who won three NBA titles, makes him a possible candidate.

D’Antoni is an interesting potential option, especially when you consider the Lakers have the 24th-ranked offense in the league.

D’Antoni is a maestro of an offensive coordinator, and he does have a past with Los Angeles, serving as head coach for two seasons (2012-14). Just last season, D’Antoni was an assistant on Steve Nash’s staff with the Brooklyn Nets, and this year, he is acting as a “coaching advisor” for the New Orleans Pelicans.

Expect D’Antoni to be a popular name in the mix for this position.

Atkinson started the Brooklyn Nets’ turnaround when he surprisingly led the franchise to the playoffs as a head coach in 2018-19. He served as head coach of the Nets for four seasons before the franchise decided to part ways with him 62 games into the 2019-20 season.

He spent the 2020-21 season as an assistant under Tyronn Lue with the Clippers and is now working under head coach Steve Kerr with the Warriors.

Brown is another intriguing option whose familiarity with both LeBron and the Lakers could make him a candidate.

Brown was the head coach of James’ Cavaliers teams (2005-2010), reaching one NBA Finals in 2007. He had a winning record in all six seasons in Cleveland, tallying over 60 wins twice. Once James left for the Miami Heat, Brown was fired by the Cavaliers.

After a year off, he took over as head coach of the Lakers but was fired just five games into his second season. He went back to Cleveland in 2013-14 but was fired, again, after one year.

He joined the Warriors as an assistant coach in 2016-17 and has remained in the same role since, earning two NBA titles with Golden State. Handy has a familiarity with LeBron on his side.

He started out his NBA coaching career as a player development coach for the Lakers before taking an assistant coaching job with James’ Cleveland Cavaliers (2013-18). Handy went to four consecutive NBA Finals as an assistant coach with the Cavaliers, then joined head coach Nick Nurse’s staff with the Toronto Raptors. He kept that NBA Finals streak going as an assistant on the Raptors team that took home the NBA title in 2019, then rejoined the Lakers in 2020, earning another NBA championship alongside Vogel.

With a stretch of six consecutive NBA Finals appearances and three titles as a coach, could Handy be elevated to the first seat on the bench?

The Lakers assistant coach already acted in the lead role during the 2021-22 season, taking over for six games while Vogel was in the league’s health and safety protocols. However, the Lakers went just 1-5 over that six-game stretch.

As a head coach, Fizdale’s only winning season was in 2016-17 when he led the Memphis Grizzlies to the playoffs. He was fired by Memphis 19 games into the following season, then took over as head coach of the New York Knicks in 2018-19. He led the Knicks to a 17-65 record in his first season, then was fired 22 games into the following year after getting out to a 4-18 record.

Stotts is another possible option after being let go by the Portland Trail Blazers this past offseason.

Clifford was an assistant coach with the Lakers under D’Antoni in 2012-13, but he left the following year to take his first head coaching job in the NBA with the then-Charlotte Bobcats.