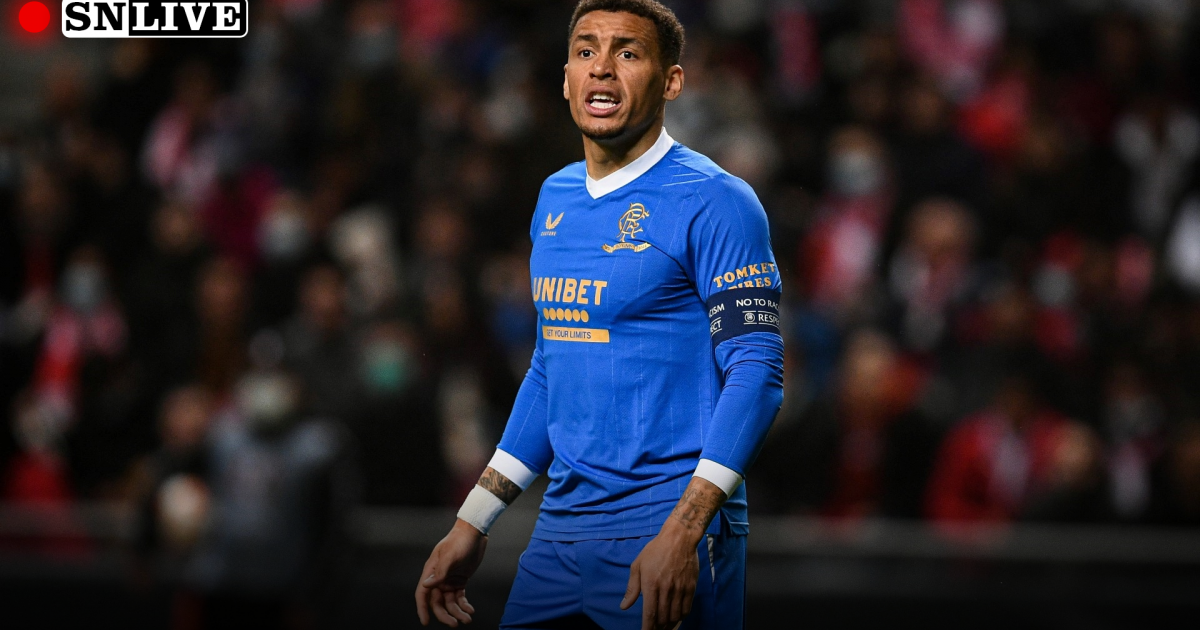 Rangers have work to do if they are to reach the Europa League semi-finals as they take on Braga at Ibrox.

Braga have a 1-0 lead from the first leg, with Abel Ruiz’s goal the difference between the two teams.

The winners of this tie will face either RB Leipzig or Atalanta in the last four, with Rangers determined to make it through to a first European semi-final since 2008.

Rangers know that they face a tough task against a Braga side who perhaps should have won by a bigger margin in the first leg.

2 hours from kick-off: There is set to be a fantastic atmosphere inside Ibrox tonight, with Giovanni van Bronckhorst’s side aware they face a difficult task in attempting to get the better of Braga.

Alfredo Morelos is set to be out for the rest of the season because of a thigh problem, with Kemar Roofe likely to continue in attack. Aaron Ramsey will also be hoping to start, but defender Filip Helander is likely to be out for a lengthy period due to a foot injury.

Rangers subs (12): To be confirmed

Jean-Baptiste Gorby is available for Braga, who could name a similar side to the one that faced Rangers in the first leg.

How to watch Rangers vs. Braga

UK: The game will be shown live in the UK on BT Sport 2 and the BT Sport app.

USA: In the USA, the game will be broadcast on TUDNxtra and can also be streamed on fuboTV and Paramount +.

Canada: The game will be streamed on DAZN in Canada.

Australia: In Australia, the game will be streamed on Stan Sport.