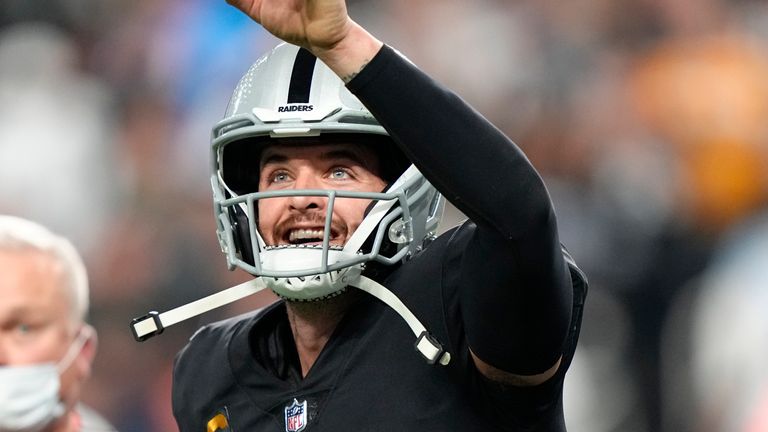 Las Vegas Raiders have given quarterback Derek Carr a three-year $121.5 million contract extension; an eight-year veteran, Carr, 31, was entering the final year of his deal but the deal puts him more in line with what veteran starting quarterbacks make throughout the league

The Las Vegas Raiders have handed Derek Carr a three-year $121.5 million contract extension, with the quarterback saying he did not want to be playing “anywhere else”.

Despite all of the issues with the Raiders last season, including the resignation of coach Jon Gruden, Carr was inspirational in helping them reach the playoffs as a wild card in the tough AFC West.

He threw for a career-high 4,804 yards and 23 touchdowns as Las Vegas went 10-7 before losing at Cincinnati in the postseason. 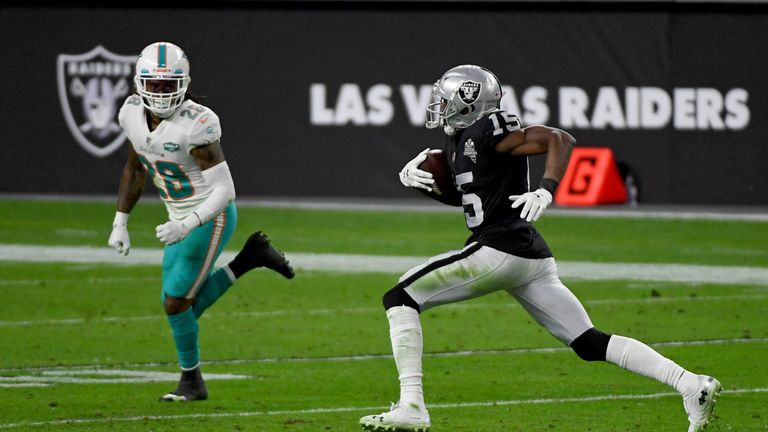 “Derek Carr has been the leader of this franchise for a long time and we are thrilled to continue that relationship moving forward,” said head coach Josh McDaniels.

“He has been a great example of someone who always puts the team first and we appreciate his desire to keep doing that while leading on and off the field.

“It is clear how much Derek cares about this organization, his teammates and winning. I look forward to the opportunity to work with him this season and beyond.”