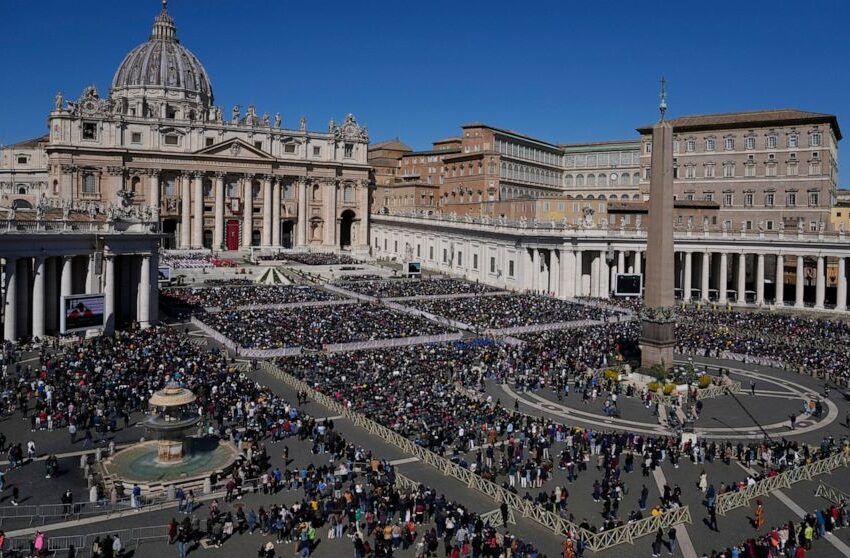 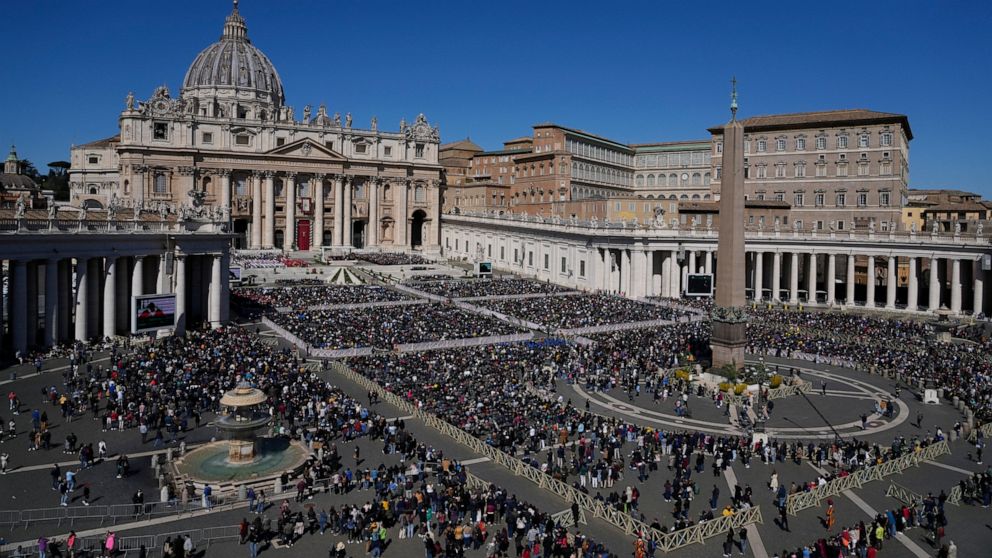 Celebrating Palm Sunday Mass before crowds in St_ Peter’s Square for the first time since the pandemic, Pope Francis has said that the “folly of war” leads people to commit “senseless acts of cruelty.”

VATICAN CITY — Celebrating Palm Sunday Mass before crowds in St. Peter’s Square for the first time since the pandemic, Pope Francis said that the “folly of war” leads people to commit “senseless acts of cruelty.”

Francis did not explicitly cite Russia’s invasion of Ukraine, but the reference was clear and he has repeatedly denounced the war and the suffering brought to innocent people.

During his Palm Sunday homily, the pontiff said: “When we resort to violence … we lose sight of why we are in the world and even end up committing senseless acts of cruelty. We see this in the folly of war, where Christ is crucified yet another time.”

Francis lamented “the unjust death” of husbands and sons, refugees fleeing bombs, young people deprived of a future and “soldiers sent to kill their brothers and sisters.”

After two years of celebrating Palm Sunday Mass inside St. Peter’s Basilica without a crowd due to pandemic distancing measures, the solemn celebration returned to the square outside. Tens of thousands pilgrims and tourists clutched olive branches and braided palms emblematic of the ceremony that recalls Jesus’ return to Jerusalem.

Traditionally, the pope leads a Palm Sunday procession through St. Peter’s Square before celebrating Mass. Francis has been suffering from a strained ligament in his right knee that has caused him to limp, and he was driven in a black car to the altar, which he then reached leaning on an aide.

Palm Sunday opens Holy Week leading up to Easter, which this year falls on April 17, and features the Good Friday Way of the Cross Procession.