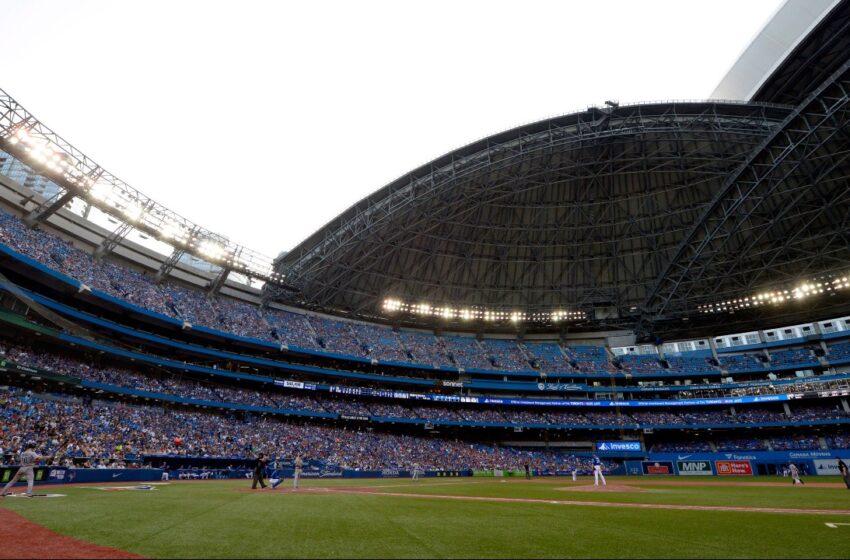 TORONTO – For a while there, the Toronto Blue Jays were on their way to a near-perfect weekend. When they took a 6-1 lead into the fourth inning, they seemed poised to power their way to a sweep over the Rangers and open the season 3-0 for the first time since 1996.

But after three effective innings, Hyun-Jin Ryu struggled in the fourth, allowing four consecutive hits, the last of which ricocheted off his leg and chased him from the game. By the end of the inning, six Rangers had scored and Texas was leading, 7-6. At that point a strong bullpen effort might have kept the game close, but Blue Jays relievers allowed five more runs on the way to a 12-6 loss, the team’s first of the season.

All told, Ryu was charged with six earned runs on five hits in 3.1 innings – a disappointing debut for an accomplished pitcher who also struggled down the stretch in 2021. His fastball averaged 90.1 m.p.h., a slight increase compared to last year, but Rangers hitters had no trouble squaring his off-speed pitches up, hitting four balls at least 100 m.p.h. in the fourth inning alone.

On Friday, a strong effort from the bullpen helped the Blue Jays overcome a rough start from Jose Berrios, but Toronto’s relievers struggled Sunday with Julian Merryweather, Ross Stripling, David Phelps and Tayler Saucedo all allowing earned runs. If there’s a silver lining to be found in the lopsided loss, it’s that Jordan Romano and Yimi Garcia got the day off after pitching in consecutive games.

Under different circumstances, the story of the game might have been Matt Chapman, who made multiple strong plays on defence while also hitting his first home run as a Blue Jay. In fact, all it took was one inning for Chapman to make an impact on the game.

In the top of the first, Marcus Semien led off with a ground ball between third and short. Chapman ranged to his left, spun and threw on target to first base for an out many third basemen simply don’t record. Just a few minutes later, Chapman made his offensive presence known, too. With two runners on and two out in the bottom of the first, he stepped into a 97 m.p.h. fastball and sent it 432 feet to centre field for his first hit as a Blue Jay, a three-run home run.

With those two plays, the Blue Jays witnessed the full potential of Chapman, who’s under contract with the Blue Jays for two seasons. A three-time Gold Glove winner, he brings elite defensive skills to a position that attracts a lot of ground balls – especially when Ryu is pitching. And though his offensive numbers dropped off last year, there’s hope that he can continue tapping into the power that once allowed him to hit 36 home runs in Oakland.

Including Chapman, four Blue Jays homered Sunday. George Springer led off the game with a solo shot, Danny Jansen hit his second of the season in the second inning and Vladimir Guerrero Jr. hit one a career-long 467-feet to centre field in the third. Through three games the Blue Jays now have seven home runs and 20 runs scored. As expected, this team can slug with anyone.

Before the game, the Blue Jays officially promoted speedy outfielder Bradley Zimmer while optioning utility player Gosuke Katoh to triple-A to create space on the roster. After a weekend in which the Blue Jays used their bullpen extensively, it’s possible more roster moves will be needed by Monday.

From here, the Blue Jays fly to New York, where they’ll play four games against the Yankees. It’ll be a significant test – and to pass it they’ll need more consistent starting pitching than they’ve gotten so far.