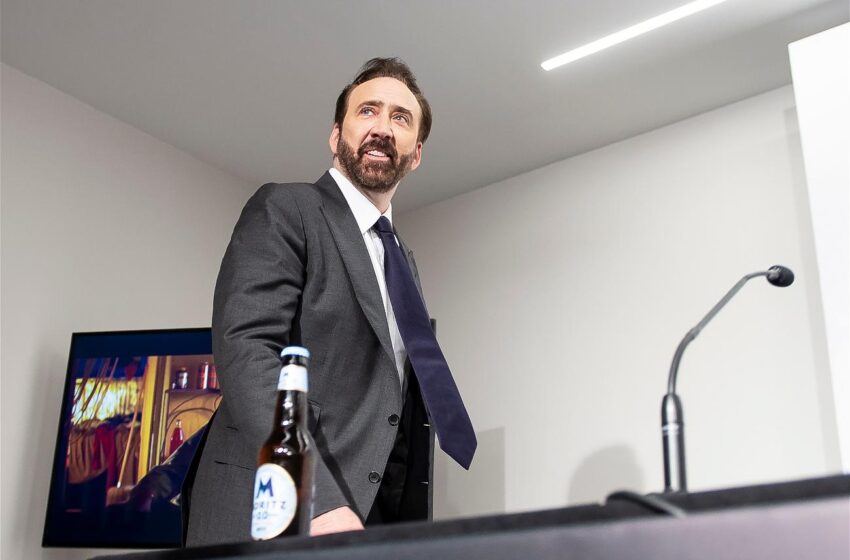 Actor Nicolas Cage participated in a Reddit Ask Me Anything session on Saturday, April 9.

Many fans had a lot of interesting questions for the “National Treasure” actor, and, as expected, his answers were just as interesting!

Nicolas Cage Reveals His ‘Dream Role’ He’s Yet To Complete

The first question, with over 16K upvotes, was, “What’s the movie quote you hate most when strangers holler it at you in public?”

“I don’t have a problem with any of the quotes,” Cage replied. “I’m glad they remember the movie.”

Another question was, “What is your dream role that you have yet to complete?”

Cage replied, “I would like to play Jules Verne’s Captain Nemo because of the character’s love of the ocean I share that with him.”

On the other hand, one fan asked what movies he would watch over and over again and still not get bored. Cage’s answer was, “Apocalypse Now and Spirited Away.”

In 1997, Nicolas Cage starred in “Face/Off” opposite John Travolta, where they won an MTV Movie & TV Award for Best Duo. The official synopsis for the movie reads, “Obsessed with bringing terrorist Castor Troy (Nicolas Cage) to justice, FBI agent Sean Archer (John Travolta) tracks down Troy, who has boarded a plane in Los Angeles. After the plane crashes and Troy is severely injured, possibly dead, Archer undergoes surgery to remove his face and replace it with Troy’s. As Archer tries to use his disguise to elicit information about a bomb from Troy’s brother, Troy awakes from a coma and forces the doctor who performed the surgery to give him Archer’s face.”

One user asked, “Dear Mr. Travolta, How has life changed for you since changing faces with Nicholas Cage? Do you regret the decision or would you do it again?”

Another fan gushed over the role, writing, “What nailed that performance for me was the Travolta mannerisms you oozed, as watchers of travolta, some since Sat Night Fever, we subconsciously recognize his manner/way and what amazed me about your performance in Face Off, was how you adopted them, tiny details that made up the whole and delighted me as a viewer, seeing the actor at work and the very layered performance – Nic Cage to Caster Troy to Sean Archer/Travolta, all at once.”

One fan asked, “One of your most fascinating performances to me was as Big Daddy in Kick-A–. When you were crafting that performance, was Adam West the biggest inspiration for your superhero persona, or were there other sources you felt you drew more heavily from?”

“I would give it all to Adam West,” Cage replied. “I grew up watching him on the 60s Batman show and he is where it begins and where it ends as Big Daddy. I met Adam West once and I said ‘did you see I was channeling you?’ and he said ‘I saw you TRY to channel me!’”

He’s not the only actor who has commented on Cage’s acting. Another fan asked, “Ethan Hawke said that you’re the first actor since Marlon Brando to do something new with the art of acting. Any thoughts on that?”

Cage replied, “It’s very kind of Ethan to say so, as you may well know, I’ve worked with Ethan in Lord of War and have always been spellbound by his talent. I think many of the choices I’ve made have been inspired by film stars from the silent era as well as cultural expression of performance like Kabuki and some of the Golden Age actors like Cagney so I don’t know how to say I’ve done something new because those elements are always on my mind.”

Nicolas Cage Says That ‘Pig’ Is ‘Probably My Best Work’

One fan commented on his movie, “Pig,” saying that it was “an absolutely incredible film.” They then asked, “What drew you to that project, and why do you think that it struck a cord with so many people?”

“Thank you. I was interested in returning to a more quiet, naturalistic style of film performance, having done a series of more operatic performance styles,” Cage explained. “The movie feels rather like a folk song to me or a poem, and the character of Rob was contending with tremendous grief and self imposed isolation and I think we as a group of people experiencing a pandemic in 2020-21 we’re probably also having similar feelings of loss and isolation and it communicated to a nerve we were all experiencing. It’s one of my favorite movies, and it’s probably my best work.”

And, of course, Cage couldn’t help but answer the questions fans really want to know.

When asked about his favorite pasta shape, Cage replied, “I once went to an Italian restaurant in San Francisco about 25 years ago with Charlie Sheen because they had square tube pasta and he was very interested in trying square tube pasta and we did and we loved it so much we went back the next day to try it again.”