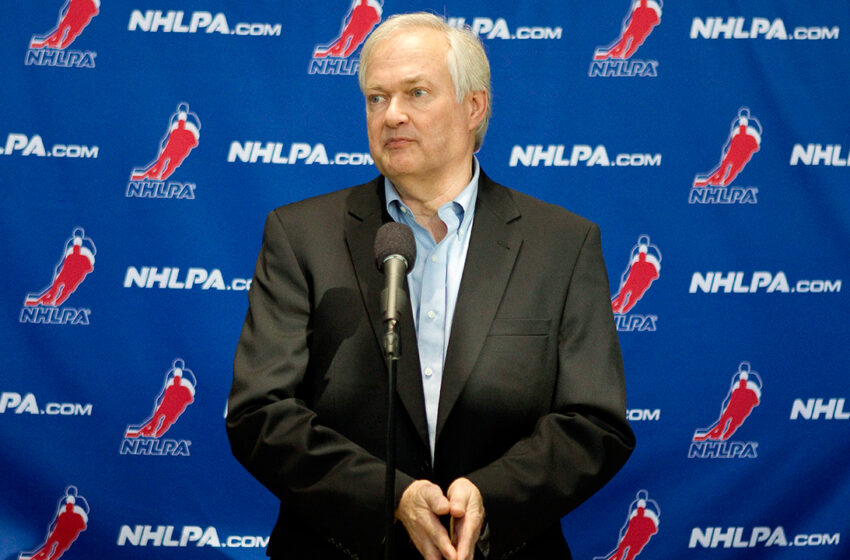 Editor’s Note: The following story deals with sexual assault, and may be distressing for some readers.

If you or someone you know is in need of support, those in Canada can find province-specific centres, crisis lines and services here. For readers in America, a list of resources and references for survivors and their loved ones can be found here.

The NHLPA executive board, a group composed of one player representative from each team, is voting on whether to make public the findings from an independent investigation into the union’s handling of Kyle Beach’s sexual assault allegations, an NHLPA spokesman confirmed Wednesday to Sportsnet.

Team player representatives were provided with the report on Friday and, on Monday, held a board meeting during which investigators discussed their findings.

The report will be released to the public if at least 18 of the 32 player reps vote in favour of doing so, the NHLPA said. The voting period is open until Thursday evening, however, it is possible that enough votes will come in before that deadline.

It is not known at this time how many players have voted, or how the votes have fallen in favour of or against the disclosure.

“The Executive Board was provided with the independent report on Friday, held a Board meeting on Monday, where the investigators discussed their findings, and is currently voting on whether to make the report public,” Jonathan Weatherdon, the NHLPA spokesman contacted by Sportsnet, said in a written statement. “Only a review of the entire report will provide an accurate view of the extensive work done and determinations made by the independent investigators.”

The vote on whether or not to publicly disclose the report’s findings comes six months after Donald Fehr, the NHLPA executive director, recommended the union hire outside counsel to conduct an independent investigation into how it handled Beach’s sexual assault allegations. The NHLPA subsequently voted in favour of commissioning the probe.

Beach said he was sexually assaulted, while he was a member of the Chicago Blackhawks, during the 2010 Stanley Cup playoffs by Brad Aldrich, a former team video coach. The organization hired Jenner & Block, a Chicago law firm, to investigate the allegations. Their bombshell report was released in October 2021, spurring a public reckoning over how Beach’s case was handled, as well as hockey culture itself and the systems that too often fail survivors of assault.

The allegations made by Beach were not heard in a court of law, and the negligence lawsuit he went on to levy against the team for how it handled his case was settled in December after mediation.

According to the 107-page report, which can be found here, Fehr was contacted twice about allegations connected to Aldrich, including by a Beach confidant. Fehr told investigators he couldn’t recall either conversation, but did not deny that they had occurred.

Beach addressed this and criticized Fehr in an interview with TSN’s Rick Westhead in November, saying he had “reported every single detail to an individual at the NHLPA” and that he believed two people talked to Fehr. Beach went on to question how he could continue to be the players association’s executive director.

In response to the interview, Fehr released a statement commending Beach for having “shown true courage in telling his story,” while acknowledging that the association should have done more to protect him.

“There is no doubt that the system failed to support him in his time of need, and we are part of that system,” Fehr said. “In his media interview, Mr. Beach stated that several months after the incident he told someone at the NHLPA the details of what happened to him. He is referring to one of the program doctors with the NHL/NHLPA player assistance program.

“While this program is confidential between players and the doctors, the grave nature of this incident should have resulted in further action on our part. The fact that it did not was a serious failure.”

Fehr went on to say that he was “committed to making changes” to ensure a case like Beach’s did not happen again, though he did not detail a plan for what those changes may entail.

In the intervening months, the NHL has worked with Sheldon Kennedy and his Respect Group, an organization whose stated objective is “empowering people to recognize and prevent bullying, abuse, harassment and discrimination through interactive, online training courses.” It is not clear to what extent, if at all, Fehr or the NHLPA have been involved in the partnership between the league and the organization.

Kennedy, who played parts of eight seasons in the NHL, has been a prominent voice for survivors of abuse following his own experience as a junior hockey player, when he was sexually abused by then-coach Graham James.

During the NHL’s general manager meetings in March, Kennedy said that significant change off the ice is still needed for hockey to grow into a safer, more inclusive sport, pointing to high-profile events like how Beach’s assault allegations were handled.

“One of the catalysts a lot of times for change to happen is when incidents happen,” Kennedy said. “You put your head in the sand, bury yourself and move on or you can acknowledge that, ‘You know what? We need to be better in this space.”’