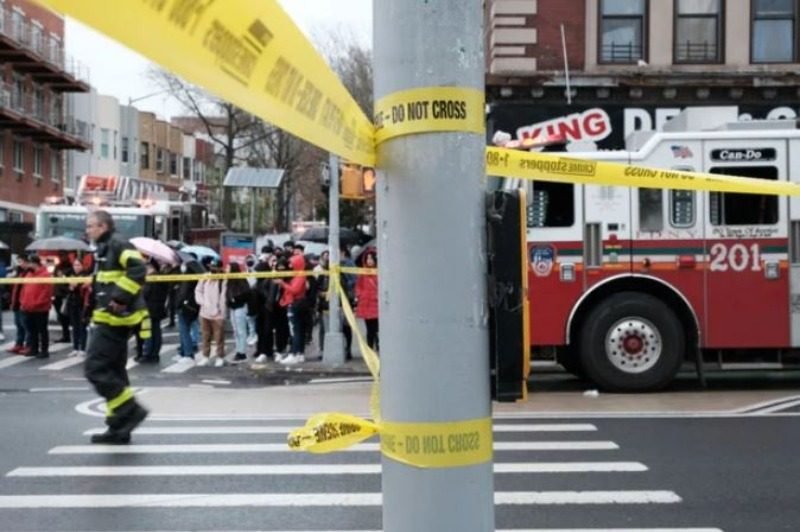 New York: The attack in the subway is not linked to an act of terrorism New York police say Tuesday’s attack at a New York City subway station is not being investigated as an act of terrorism.

Commissioner Keechant Sewell, thus assured at a press conference, that “there was no known link with terrorism and there was no explosive device”.

At least 10 people were shot and injured but their condition is not cause for concern, she added. The “dangerous” author of this crime is actively sought (…) the tragedy of the shootings must end, for her part underlined the governor of the State of New York, Kathy Hochul.

The state will mobilize all necessary resources to combat the rise in gun violence in the American metropolis which is still trying to recover from more than two years of an unprecedented health crisis induced by the Covid-19 pandemic. , assured the Democratic governor.

Note that the New York police deployed an impressive security device around the subway station in the heart of Brooklyn, where the incident occurred.

An investigation is underway to identify the assailant who was wearing a mask and a construction vest and to elucidate the ins and outs of this crime, according to the police who advised New Yorkers to avoid the disaster area.

New York City has faced a string of high-profile shootings and incidents in recent months, including in subways. One of the most shocking took place in January when a woman died after being pushed by a stranger under the incoming metro.