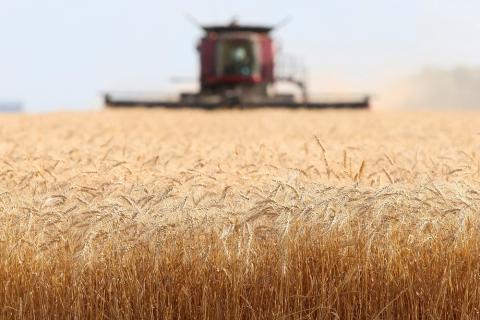 The Moroccan government plans a gradual build-up of soft wheat stockpiles adding to the five months of domestic consumption needs currently secured by the private sector, the agriculture minister said on Monday.

The additional stocks will be run by state grains agency ONICLE, minister Mohammed Sadiki told members of the parliament, without offering further details.

The local cereals harvest, which hit a record 10.3 million tons last year, is severely compromised this season by the worst drought in decades.

So far this year, rainfall was 41% lower than average, although a late rainfall in March gave farmers a small glimpse of hope.

Moroccan farmers have sown 3.5 million hectares with cereals, of which 44% was planted with soft wheat, 24% with durum and 32% with barley, Sadiki told members of parliament.

Due to drought, 53% of the harvest is expected to be lost and only 21% is in good condition, while 16% showed average condition and 10% is bad.

The surge of wheat prices due to the war in Ukraine meant higher subsidies on soft wheat which reached 1.7 billion dirhams for the 1.8 million tons imported by Morocco since November, he said.

Ukrainian and Russian wheat represent 25% and 11% of Moroccan wheat imports, respectively, while France tops the list of suppliers.