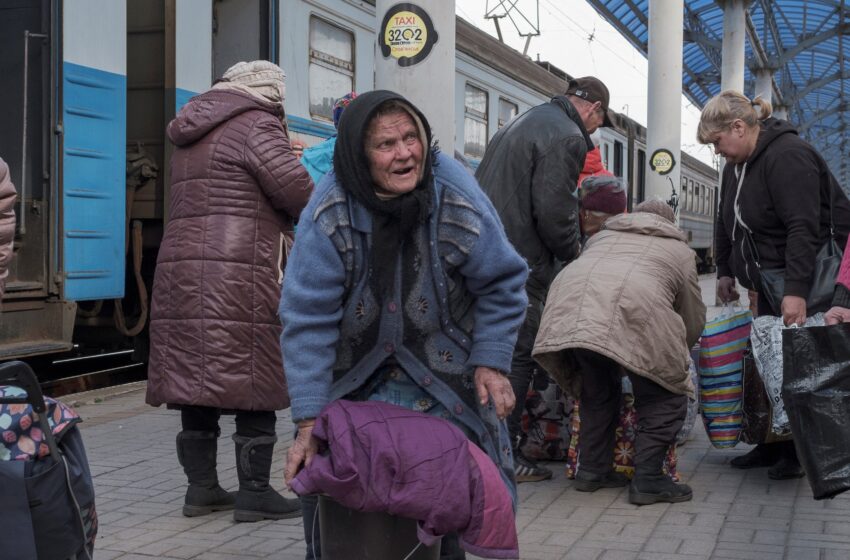 More than 10,000 civilians have died in Russia’s siege of Mariupol, says mayor

The mayor of the Ukrainian city of Mariupol tells The Associated Press that more than 10,000 civilians have died in the southeastern port city since the Russian invasion on Feb 24.

Mayor Vadym Boychenko told The Associated Press by telephone Monday that corpses were “carpeted through the streets of our city” and that the death toll could be more than 20,000.

Thousands of residents are still trapped in the city, with scant access to food, water and electricity since Russian forces surrounded the city. Evacuation efforts by the Red Cross to rescue those trapped in the city have been hampered, with each side blaming the other.

The city on the Sea of Azov has seen some of the worst bombardment in the war. Capturing the city would give Russia a land bridge from the Donbas — an eastern region of Ukraine that’s partly held by Moscow-backed separatists — to the Crimean Peninsula, a southern region that Russia annexed from Ukraine in 2014.

The U.S. Pentagon’s latest assessment is that Russia is gearing up for, but has not yet begun, an intensified offensive in the Donbas.

A senior U.S. defence official said the Russians are moving more troops and materiel toward that area and are focusing many of their missile strikes there. The official spoke on condition of anonymity to discuss internal U.S. military assessments.

Ukrainian President Volodymyr Zelensky is warning of a new Russian offensive expected to launch in Ukraine’s east and southern regions as citizens continue to flee. 5:39

The official said a lengthy convoy of vehicles that is headed south toward the eastern city of Izyum contains artillery as well as aviation and infantry support, plus battlefield command-and-control elements and other materials .

The official said the convoy appeared to originate from the Belgorod and Valuyki areas in Russia, which are shaping up as key staging and marshalling grounds for the Russian buildup in the Donbas.

The official said the Russians also are bolstering their presence in the Donbas by deploying in recent days more artillery southwest of the city of Donetsk.

Konashenkov said the military used sea-launched Kalibr cruise missiles to destroy four S-300 air defence missile launchers on the southern outskirts of the city of Dnipro. He said about 25 Ukrainian troops were also hit by the strike on Sunday.

Later on Monday, Slovakia denied its S-300 air defence missile system it transported to Ukraine has been destroyed by the Russian armed forces.

“Our S-300 system has not been destroyed,” Lubica Janikova, spokesperson for Slovakia’s Prime Minister Eduard Heger, said in a statement sent to The Associated Press.

She said any other claim is not true.

The UN children’s agency says nearly two-thirds of all Ukrainian children have fled their homes in the six weeks since Russia’s invasion, and the United Nations has verified that 142 children have been killed and 229 injured though these numbers are likely much higher.

Manuel Fontaine, UNICEF’s emergency programs director who returned from Ukraine last week, told the UN Security Council on Monday that of the 3.2 million children estimated to have remained in their homes “nearly half may be at risk of not having enough food,” and attacks on water system infrastructure and power outages have left an estimated 1.4 million people in the country without access to water.

He said the situation is worse in cities like Mariupol and Kherson in the south, which have been besieged by Russian forces and where children and their families have spent weeks without running water, sanitation or a regular supply of food.

“Hundreds of schools and educational facilities have been attacked or used for military purposes,” Fontaine said. “Others are serving as shelters for civilians.”

He said school closings are affecting the education of 5.7 million school-age children and 1.5 million students in higher education.

In a statement released by his office after the meeting, Nehammer said his primary message to Putin was “that this war needs to end, because in war both sides can only lose.”

Nehammer was the first European leader to meet Putin in Moscow since Russia launched its invasion of Ukraine.

The Austrian leader stressed that the Monday trip was “not a friendly visit,” but rather his “duty” to exhaust every possibility for ending the violence in Ukraine.

Nehammer’s Moscow visit comes after a trip on Saturday to Kyiv, where he met Ukrainian President Volodymyr Zelensky.

In his conversation with Putin, Nehammer said he raised the issue of “serious war crimes” committed by the Russian military in the Ukrainian city of Bucha and others. “All those who are responsible will be held to account,” he said.

Austria is a member of the European Union and has backed the 27-nation bloc’s sanctions against Russia, though it so far has opposed cutting off deliveries of Russian gas. The country is militarily neutral and is not a member of NATO.

Croatia is expelling 24 Russian diplomats and other embassy staff, joining other European nations that have done so.

The Croatian Foreign Ministry on Monday said it has summoned Russia’s ambassador in Zagreb and conveyed the “strongest condemnation of the brutal aggression on Ukraine and numerous crimes that have been committed.”

The Russian side has been urged to halt military activities, withdraw its troops and ensure evacuation of civilians and delivery of humanitarian aid, the Croatian ministry said.

Croatia expects that those responsible for crimes be brought to justice, said the statement.

Several EU countries have expelled Russian diplomats following the killings in Bucha and other Ukrainian towns around Kyiv.

Graphic evidence of civilian slayings emerged after the Russians withdrew from those areas. Russia has falsely claimed that the scenes in Bucha were staged.