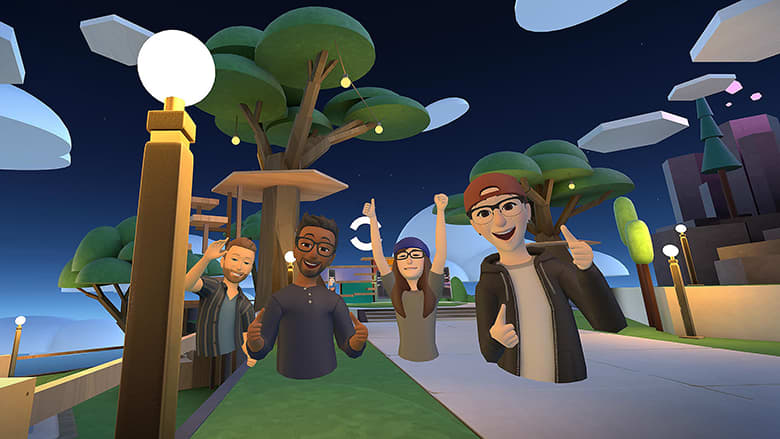 Facebook on Thursday announced that it is opening up Horizon World, its virtual reality world of avatars, to anyone 18 and older in the U.S. and Canada.

Facebook-parent Meta is planning to take a cut of up to 47.5% on the sale of digital assets on its virtual reality platform Horizon Worlds, which is an an integral part of the company’s plan for creating a so-called “metaverse.”

The social media giant announced in a blogpost Monday that it is letting a handful of Horizon Worlds creators sell virtual assets like non-fungible tokens (NFTs) within the worlds they build. However, the company failed to mention in the post how much Meta will charge creators to sell their wares.

A Meta spokesperson confirmed to CNBC Wednesday that Meta will take an overall cut of up to 47.5% on each transaction. That includes a “hardware platform fee” of 30% for sales made through the Meta Quest Store, where it sells apps and games for its virtual reality headsets. On top of that, Horizon Worlds, will charge a 17.5% fee.

The size of the cut has angered some in the NFT community. One Twitter user wrote: “I hate you Facebook.” Another said: “If Meta wants 47.5% of NFT sales they gotta talk to the IRS because I don’t even have that after taxes.”

Over the last few months, companies and individuals have been snapping up everything from art to real estate in virtual worlds on platforms like Decentraland and The SandBox. Hip-hop star Snoop Dogg has purchased virtual land and a fan paid $450,000 in December to buy a plot next door to him on The Sandbox.

Vivek Sharma, Meta’s VP of Horizon, reportedly told The Verge: “We think it’s a pretty competitive rate in the market. We believe in the other platforms being able to have their share.”

Horizon Worlds (formerly Facebook Horizon) is a free virtual reality, online video game that allows people to build and explore virtual worlds. Meta published the game on its Oculus VR headsets in the U.S. and Canada on Dec. 9 but it’s yet to be rolled out worldwide.

Meta’s fees for the sale of virtual assets on Horizon Worlds are significantly more than Apple charges developers on its App Store.

Meta CEO Mark Zuckerberg and other Meta executives have previously criticized Apple for charging developers a 30% fee for in-app purchases via the App Store.

“As we build for the metaverse, we’re focused on unlocking opportunities for creators to make money from their work,” he said. “The 30% fees that Apple takes on transactions make it harder to do that, so we’re updating our subscriptions product so now creators can earn more.”