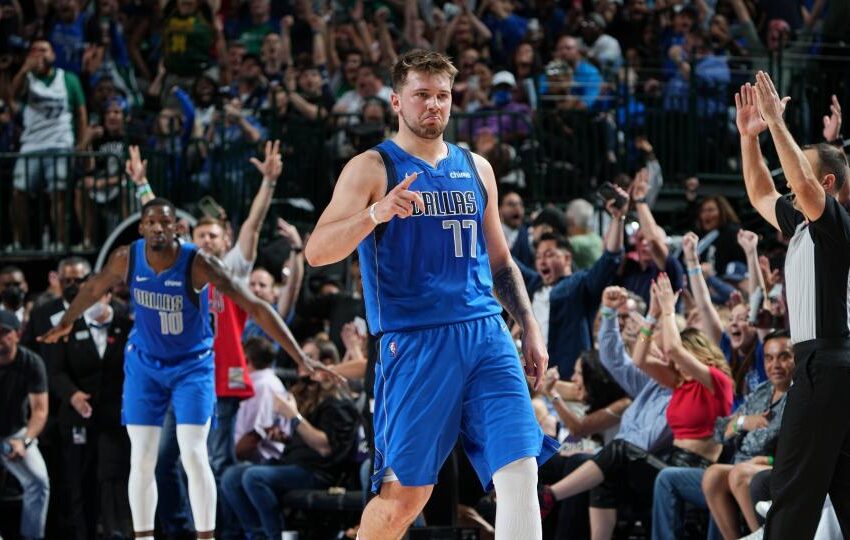 The Mavericks are set to face the Jazz in the first round of the 2022 NBA Playoffs.

Dallas earned the West’s fourth seed with a 52-30 record while Utah (49-33) finished fifth in the standings. The two teams enter the postseason having had nearly opposite seasons — the Mavs are 36-12 since Dec. 31 while the Jazz are 24-24 over the same span after getting out to a hot start.

The teams split the season series with Dallas winning the last two games:

TSN has you covered with everything you need to know ahead of this first-round series.

The best player in the series is… 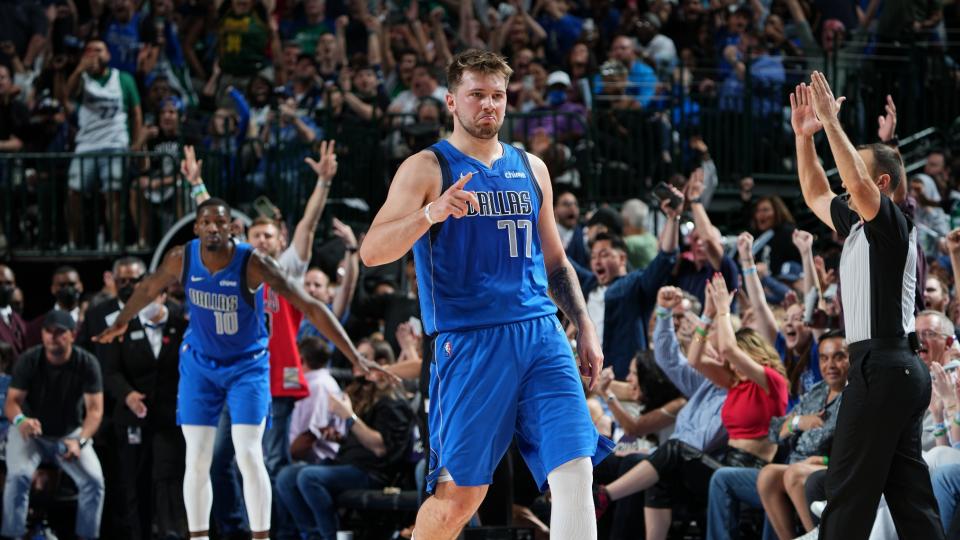 Luka Doncic. And the entire series hinges on his health.

Like his team, Doncic has come on strong as the season progressed, averaging 29.8 points, 9.7 rebounds and 8.9 assists since Dec. 31, but that momentum came to a screeching halt when he hobbled off the floor in Dallas’ season finale.

Doncic’s injury, which has been ruled as a left calf strain, has caused Mavs fans to hold their breath.

Luka Dončić (left calf strain) will not return to tonight’s game against the San Antonio Spurs.

This year, Utah didn’t really have an answer for Doncic, who averaged 30.0 points, 11.0 rebounds and 7.7 assists per game while shooting 12 of 27 from 3 over three games.

As a top-10 player in the league, Doncic has already earned the reputation as a big-time playoff performer at the age of 23. Over 13 playoff games, Doncic has averaged 33.5 points, including five games with 40-plus points and three triple-doubles.

Legendary as Doncic has been at such a young age, it has yet to result in a series win for the Mavericks, who have assembled a roster built for playoff success this year.

But it all revolves around Doncic.

Doncic has played through injuries in the playoffs before — he sprained his ankle in 2020 and had a cervical strain in 2021 — but a calf injury is not to be taken lightly and could cause him to miss time. 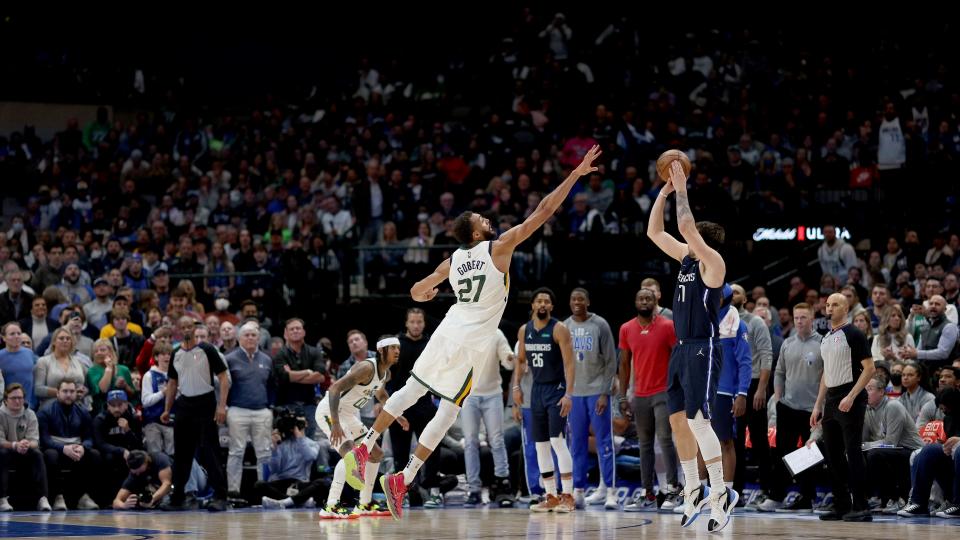 What kind of impact will three-time Defensive Player of the Year Rudy Gobert have on the series?

2022 marks Utah’s sixth consecutive postseason appearance but each of the previous three appearances have ended in disappointment.

The blame doesn’t lie solely with Gobert, but it’s no secret that in a seven-game series, teams can game plan offensively to minimize his impact as a defensive game-changer.

Defensively, Gobert will be matched up with Dwight Powell, who has been a catalyst for the Mavericks this season with his consistent play and finishing ability around the rim. While solid, Powell isn’t a superstar and Gobert’s responsibilities only begin there.

Dallas will undoubtedly look to make Gobert work in pick-and-roll situations, something else that will largely hinge on the availability of Doncic.

Rudy Gobert is putting in some work vs. Luka tonight. I think it’s a good blend for him. Pull-up threat is there but the threat of the blow-by isn’t as strong, Gobert plays with more confidence 1v1 guarding him. pic.twitter.com/xiMAAQrdU8

If not Doncic, Gobert could be switched onto Jalen Brunson or Spencer Dinwiddie, two guards that can create for themselves in the open floor.

Dallas’ ability to limit Gobert’s impact will be a key to the series.

More information will be provided as it is finalized. pic.twitter.com/qyqgbI2Bcl

The full schedule and broadcast information for the series has not yet been announced.