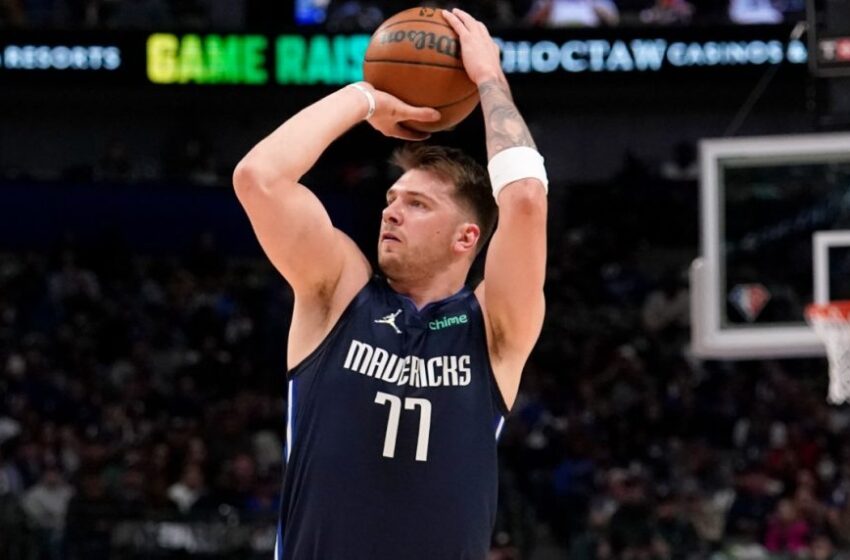 Dallas Mavericks superstar Luka Doncic has begun treatment for a calf strain and has no timetable for a return to the court, the team said Tuesday, adding a layer of uncertainty to his availability for the start of the NBA playoffs this weekend.

At this time, Doncic has not been ruled out by the team, which begins its playoff run on Saturday against the Utah Jazz.

The injury occurred in the third quarter of the Mavericks’ regular-season finale against the San Antonio Spurs. After jumping to throw a pass, Doncic could be seen grabbing his calf briefly. He then asked for a timeout with 2:24 remaining and, following a discussion with the Mavericks trainer, hobbled to the locker room.

A photo surfaced on social media later showing Doncic walking with a boot, prior to the team’s announcement that an MRI had confirmed the calf strain.

Calf strains, which occur when the two muscles in the lower back of a person’s leg are torn to some degree, vary significantly in recovery time. Usually, at least three days are needed before the strain starts to feel better but, according to guidelines published by Oxford University Hospitals, full recovery can take up to six weeks.

Further complicating Doncic’s timeline for return is that up to 30 per cent of people with calf strains suffer a recurrence of the injury within the first couple weeks of being hurt, according to a 2013 study published in the Journal of Ultrasound. However, less literature exists on the recovery timelines for elite athletes like Doncic, who have access to world-class care from the moment an injury occurs.

If Doncic is unable to play on Saturday, either due to still experiencing symptoms or because the Mavericks are taking a cautious approach to mitigate the risks of re-injury, it would be a jarring blow to Dallas’ aspirations in Round 1.

Doncic, who has been a first-team All-NBA selection each of the past two seasons, averaged 28.5 points, 9.1 rebounds and 8.7 assists per game this season.