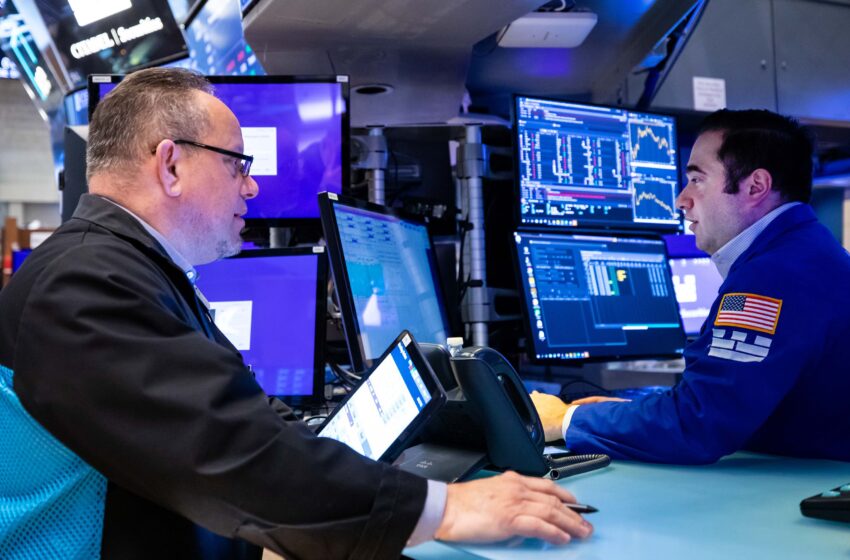 Stocks were mostly flat Tuesday, as traders weighed the latest U.S. inflation data, which showed another sharp increase in prices for last month.

The major averages were sharply higher to start the session, with the Dow rallying as much as 361.89 points, or 1.1%. The S&P 500 and Nasdaq were up as much as 1.3% and 2%, respectively, at their highs of the day. Wall Street was trying to recover from steep losses suffered in the previous session.

Consumer prices for March increased 1.2% month-to-month and 8.5% annually, the Labor Department said on Tuesday. However, the core CPI — which excludes food and energy prices — rose less than expected; it climbed 0.3% in March, while economists polled by Dow Jones expected a gain of 0.5%. Core prices on an annual basis were up 6.5%.

“It’s a red hot number but the market’s reaction for now suggests its priced in, especially with the month over month core read coming in below expectations,” wrote Mike Loewengart, managing director of investment strategy at E-Trade from Morgan Stanley. “The big debate is whether elevated reads like these are the new normal, or if we’re beginning to see a light at the end of the inflationary tunnel.”

The 10-year Treasury yield retreated from a three-year high following the report as traders hoped the core reading could mean inflation is showing signs of peaking.

“I think the 50 basis point raise is baked in for the next meeting, because they have the clearance for that. But the bond market has moved to the point where, does it matter what they raise it to? And I’d say ‘no,'” said Kim Forrest, founder of Bokeh Capital.

“The bond complex has already moved ahead to comprehend what it believes the moves are going to be. And I think this is really good for the Fed and for investors. You know, we don’t like suddenness,” she continued.

Tuesday’s moves took place amid a surge in oil prices, as China eased up on Covid lockdowns that would have hurt demand. The international benchmark Brent crude jumped 6% to $104.60 per barrel. Meanwhile, West Texas Intermediate crude futures gained 6.6% to $100.49 per barrel.