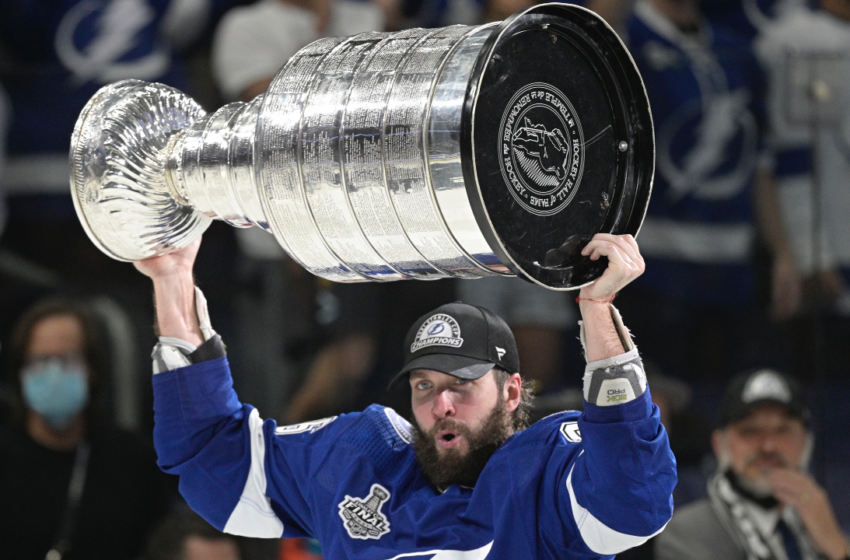 Maple Leafs Notebook: Campbell ‘below 100 per cent’; Why Marner is hitting

News that Number 1 goaltender Jack Campbell is “a little bit below 100 per cent,” per coach Sheldon Keefe, should go over swimmingly with the notoriously even-keeled local fanbase.

Campbell left team practice early Monday, as planned, to reduce wear and tear on an undisclosed ailment — something separate from his previous rib injury. (He also played more than the club originally desired on the Leafs’ recent road trip, having been called into emergency action in Florida when Erik Källgren was stunned by a high puck.)

In effort to maximize his rest, Campbell will take a seat Tuesday against Buffalo.

The decision was made easier due to Erik Källgren’s sparkling performance in Saturday’s 3-2 victory over the Montreal Canadiens.

The Swede’s .923 save percentage Saturday night marked his best since defeating the Carolina Hurricanes by the same margin on St. Patrick’s Day.

With a scant 10 games remining on the schedule, a playoff spot secured, and goaltending depth a serious source of concern, Campbell’s health is paramount.

The video-game numbers Mitch Marner and Auston Matthews are piling up in their goals and assists columns are reaping all the attention, and rightly so.

But it is interesting to note that both Marner (67) and Matthews (58) have quietly set new career highs in hits. For real.

“Obviously, I’m not the biggest-looking guy. I’m not trying to blow anyone up or anything like that. Just trying to work my body into hands and trying to separate the puck from the guy — and it’s been working,” Marner explains.

“We’re using our body a little more trying to get in there and trying to get the puck out of sticky situations and into our hands.”

We’re not talking Scott Stevens here. Don’t expect to see either star to light up an opponent in open ice. Instead, there has been a spoken emphasis in the Leafs’ room toward making contact in the enemy zone, cutting opponents off, and preventing easy exits.

“We’ve been preaching that since Day One of training camp. I think our players are recognizing the time of the year and just how important it is to bring that,” says Keefe, who has challenged all his players to ramp up their physicality over the season’s final 20 games.

“There’s certainly been more attention to detail on it, and the players have really bought into that, and they’ve seen the benefits of it. Not only defensively, because we kill plays a lot quicker, but the puck comes back to us a lot quicker too.”

Keefe likes how his top talent has led the way in this regard but understands “there’s another level to go to, for sure” when it comes to imposing their physical strength instead of waiting for the opposition to initiate.

“I’ve seen an uptick, for sure, in that area — and it’s been great to see,” Keefe says. “In the last couple of games in particular, someone like Mitch has really taken the lead in that for us, and showing the way and setting the standard. Certainly if a guy like him, who’s playing as much as he is and does so much for our team, can commit like that, than every single one of our guys can follow suit.”

Toronto nearly locked in at the 2 seed

The unexpected could happen, but all signs point to the Maple Leafs finishing as runner-up to the Florida Panthers for the Atlantic Division crown but securing home ice for the first round of the playoffs.

According to SportsClubStats.com, Toronto is a 77 per cent lock for the division’s second seed, which would give the Leafs a home edge against either the Boston Bruins or Tampa Bay Lightning. Each has 44 per cent odds of finishing in the 3 hole.

“Anytime you get the benefit of being at home,” captain John Tavares said, “I think you want to earn that.”

The Leafs’ chances of passing the Panthers has dwindled to just two per cent; their odds of falling all the way to the wildcard (five per cent) are stronger.

With dates against lottery-bound Buffalo and Ottawa this week, there is just a 16 per cent chance of Toronto dropping to the 3 seed and losing home ice in Round 1.

Knies, 19, is reportedly set to meet with Maple Leafs brass early this week to discuss his future.

Tough call for the Arizona native.

Join Auston Matthews & Co., turn pro, and a play a support role in a hotly anticipated Stanley Cup playoff run. Or stay in school and try to tie up some unfinished business nest season with a contending Gophers squad.

According to insider Elliotte Friedman, it’s “more likely than not” that Knies waits to make the jump. But the Maple Leafs want to bring him into the fold now.

One-Timers: Matthews (maintenance) and Wayne Simmonds (illness) missed practice Monday…. Jake Muzzin is less than 100 per cent with an ailment that has nothing to do with his recent concussion. He practised in full but will sit out Tuesday’s game…. Rasmus Sandin (knee) is progressing well and remains skating regularly away from the main group at Ford Performance Centre. If the defenceman returns prior to playoffs, it will not be until the final week of the regular season…. Carter Hutton has been working out in Toronto, trying to get back to healthy playing form. “If he gets to that point, I think it’d be more of a Marlies situation, just to add additional depth to the organization,” Keefe said. “Obviously, we’ve got a number of injuries in goal this season at both levels.”