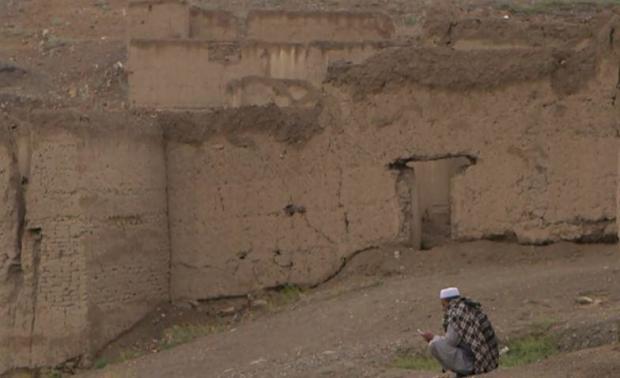 Wardak Province, Afghanistan — It’s been a year since the last U.S. troops were pulled out of Afghanistan after 20 years of war. But while the battles have ended, there are still outbreaks of violence, including a bomb attack outside the Russian Embassy in Kabul on Monday morning.

A spokesman for the Kabul police, Khalid Zardan, said at least one person was killed and 10 more injured in the blast while. Russia’s Foreign Ministry, however, said in a statement that two members of the embassy staff at been killed in the attack, which no group immediately claimed responsibility for.

Despite the sporadic attacks — many of them targeting Afghanistan’s Taliban rulers — the overall level of violence across the country has dropped since the extremist group retook power a year ago. But that doesn’t mean the Afghan people have recovered from the decades of warfare in their country.

CBS News correspondent Imtiaz Tyab recently returned to Afghanistan and visited a village that was caught in the crossfire during the height of the war, and he met some of the people still struggling to rebuild their lives.

Tyab found the streets of Wardak Province bustling once again. Less than an hour’s drive from Kabul, the Taliban stronghold saw little of the progress and freedom that the capital Kabul did during the two decades of America’s longest war.

The village of Daagbaghri is just one of many in the region that became trapped in the middle of the war. Today, it looks like a jumble of ancient ruins. But the pain from what happened in the village is still felt by those who once called it home.

It’s hard to imagine that only 20 years ago, when the U.S. launched its invasion of Afghanistan to topple the Taliban, that Daagbaghri was a thriving village full of families. It quickly became a front line between the Taliban and U.S. forces. The village was destroyed, and everyone left.

Everyone, that is, but Marshal, the village’s only remaining resident.

“The fighting was very intense here,” he told Tyab. “Bullets hit every house. U.S. tanks would stop on the main road and shoot at our houses.”

In the bitter battles between the Taliban and U.S. forces, ordinary families were all too often caught in the middle, sometimes accused of supporting the Taliban.

The harsh tactics used by some U.S. forces and their Afghan allies in raids across rural Afghanistan are well documented. The killings, as well as the lack of accountability, drove many people living in these areas to support the Taliban.

Tyab met Minhajuddin, a father who said he was arrested in a night raid by U.S. forces 12 years ago in one of the villages nestled in a valley in Wardak Province. He said three of his sons were shot dead as they slept. CBS News cannot confirm his account, but it has been consistent over the years, and American raids were common in the area.

Tyab asked Minhajuddin what the forces who arrested him asked during his interrogation.

“When the Americans arrested me that night, they asked where the Taliban were,” he told CBS News. “I told them I had no connections with them… I asked if they had any proof that I had met the Taliban and they had no answer.”

“So, basically, your sons were killed because of a mistake? They came to the wrong house?” asked Tyab.

“When they couldn’t prove it they started asking me why I didn’t support the government more,” he said. “I kept asking, ‘how should I cooperate more?'”

Asked who he blames for the death of his sons, Minhajuddin didn’t hesitate: “We blame the Americans,” he said. “Why did they kill innocent people?”

By 2015 the U.S. forces in Afghanistan had left Wardak to the Afghan Army. An abandoned base there now flies the Taliban flag: A remnant of the recent past that still haunts those who call the area home.