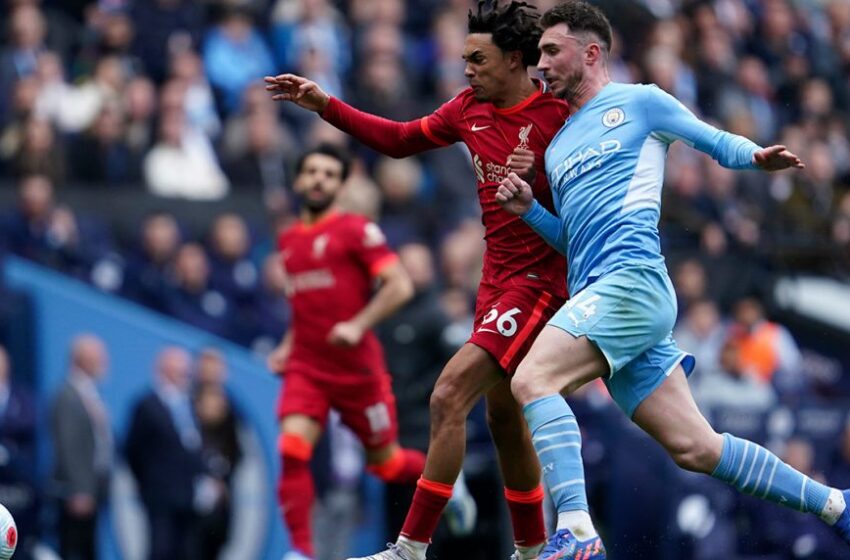 MANCHESTER, England (AP) — Such intensity, such fine margins but nothing decided. The destination of the Premier League title does, though, remain in Manchester City’s hands.

A point still separates City from Liverpool at the top of the standings after the meeting of England’s best two teams ended 2-2 for the second time this season on Sunday.

As for so much of the season, Liverpool was in recovery mode. The equalizer scored by Sadio Mane 47 seconds into the second half on his 30th birthday recovered the point that prevented City surging ahead, and kept the title race very much alive.

The ferocity of the first half showed why reigning champions City were 14 points ahead in January but also why the 2020 title winners are still in contention.

For all the moments of high quality there were also slip-ups that could have been so consequential.

City did go in at halftime in front after Gabriel Jesus beat the offside trap to get on the end of Jo?o Cancelo’s cross for his first league goal in 16 matches.

But whatever Jurgen Klopp told his Liverpool players at halftime worked. From the restart, Trent Alexander-Arnold played in Mohamed Salah and the pass was slipped in for Mane to lift a shot over onrushing City goalkeeper Ederson.

City manager Pep Guardiola slumped into his padded seat. By full time — just after City substitute Riyad Mahrez scooped the ball over — there was an embrace with Klopp.

And now on to Wembley on Saturday for the third instalment of hostilities between the teams with a place in the FA Cup on the line. The Premier League and Champions League remain the bigger targets for the greatest rivals of this English era.

It’s tight at the bottom, and Norwich is keeping up the fight to avoid the drop after beating relegation-rival Burnley 2-0.

Goals from Pierre Lees-Melou and Teemu Pukki moved the last-place team within seven points of survival, but 17th-place Everton has a far superior goal difference. Burnley is four points behind Everton, while Watford is a further two adrift.

Brentford can be more certain of not being sucked into the relegation fight after beating West Ham 2-0. Bryan Mbeumo and Ivan Toney set each other up for goals for the win that moved Brentford 12 points clear of the relegation zone with six games remaining.