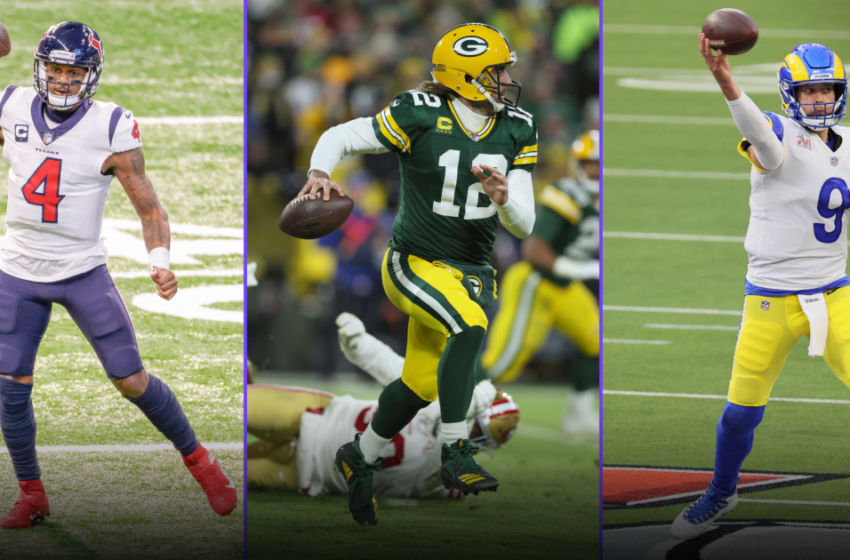 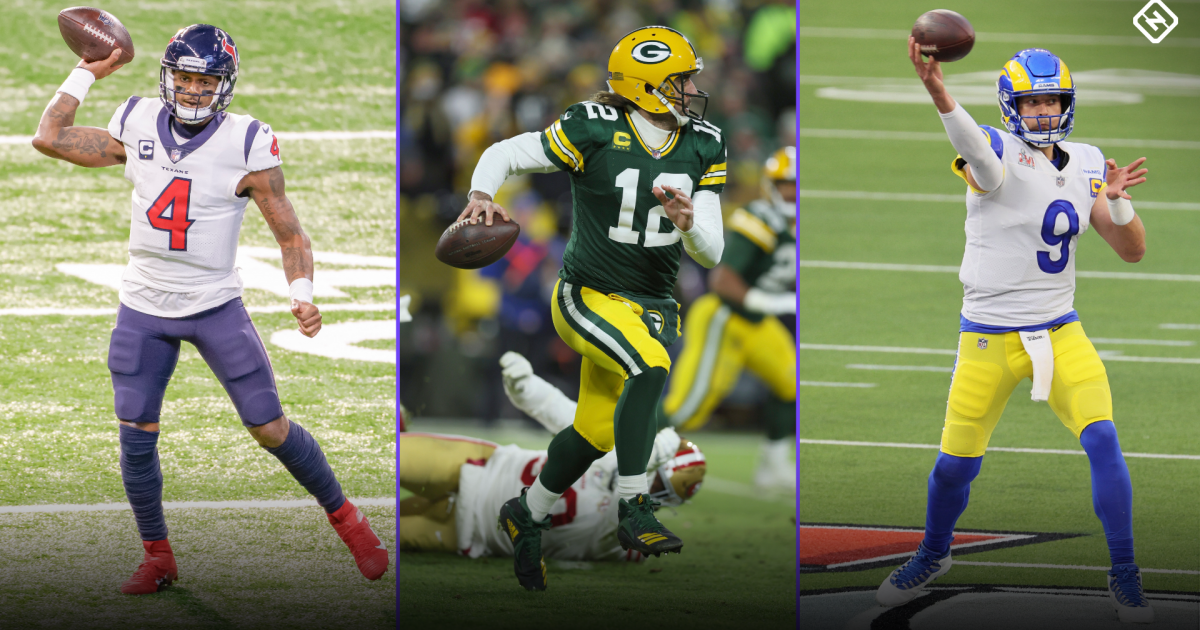 Quarterbacks continue to dominate the NFL offseason headlines with Derek Carr now added to the growling list of major quarterback deals signed this offseason. The Raiders reached an agreement with their longtime franchise QB on a three-year deal that will keep him in Las Vegas through the 2025 season.

Heading into the 2022 offseason, we perhaps had more open-ended questions around the NFL’s most critical position than ever before. Aaron Rodgers, Tom Brady, Russell Wilson and Deshaun Watson all had uncertain situations to be resolved for a variety of reasons.

When Rodgers and the Packers agree to an extension in mid-March making him the highest-paid professional athlete in North America, it jumpstarted a domino effect that continues to impact the league a month later.

Several other major quarterbacks have gotten paid through extensions or restructures this offseason. While the Rodgers extension has caused teams to shy away from the rule “whoever is paid last is paid most,” it has still led to some creative contract work.

MORE: Baker Mayfield on tenure with Browns: ‘I’ve gone through a lot of s—’

Here’s a look at the major quarterback contracts that have happened this offseason.

Rodgers got himself a major contract with the Green Bay packers in mid-March, signing a three-year extension to his pre-existing one year worth $150.8 million. The deal was the exclamation point on a month of speculation regarding whether Rodgers was going to remain a Packer throughout this offseason.

Rodgers will carry an average of over $50 million per year for the Packers. One of the costs? Unable to also pay Davante Adams, Green Bay then dealt Rodgers’ favorite target to the Raiders, making wide receiver a critical position of need for the Packers in the NFL Draft.

The Vikings snuck in a one-year contract worth $35 million for Kirk Cousins, giving them one of the most expensive trials in recent memory. The deal is, undoubtedly, a prove-it deal for Cousins, who had 33 touchdowns and seven interceptions for the Vikings in a team campaign that was ultimately disappointing for the Vikings.

The Vikings clearly identified their problems and didn’t count Cousins among them to make this deal, but they also recognize the need to keep their options open. If Cousins has a big year this season, Minnesota may find it harder to retain him moving forward.

When you win the Super Bowl, you get to punch your meal ticket (ask Joe Flacco). The Rams bet on Matthew Stafford in their blockbuster trade with the Lions to bring him to Los Angeles last year, and he paid them back with a Super Bowl in SoFi Stadium.

Stafford threw for 4,886 yards last year with 41 touchdowns and 17 interceptions, putting together exactly the kind of year the Rams expected. The $130 million guaranteed is a big part of this contract, as it leads into…

What in the world do you even say about a contract like this. Even putting aside the means by which the Browns acquired Watson, the gamble here is insane. The Browns have Watson, who missed all of last year with the Texans due to his ongoing legal troubles, until 2027.

The fully guaranteed portion is unheard of for a contract this size, and is undoubtedly a large part of why the Browns were able to land Watson, who was reportedly out on them earlier in the process.

Derek Carr signed a large extension in April with the Las Vegas Raiders. (and yes, it has a no-trade clause). The deal pairs Carr with new head coach Josh McDaniels and new No. 1 receiver Davante Adams for the foreseeable future, as the Raiders try to break out in a highly-competitive AFC West.

While that’s a tall task, Carr’s efficiency has improved with the Raiders over the years. This contract is a vote of confidence he can take the next step into becoming a truly elite quarterback in the NFL.

Here’s how these deals break down side by side.

What’s interesting about these contracts is the lack of trend. Teams clearly grade quarterbacks on a case-to-case basis, and it’s evident by the unique ways they’re being extended this offseason. Watson is being paid like someone who is still entering his prime, as he is, Stafford is effectively being sent a parting gift as he finishes out his career in Los Angeles, while Rodgers is still performing at a ridiculous level given his age.

It’s an interesting pattern in a league where clearly teams are always looking at what others are doing. It will be eye-opening to see which trends teams like the Ravens and Cardinals follow with the likes of Lamar Jackson and Kyler Murray when their rookie contracts run down.

The new deals also don’t reflect the musical chairs elsewhere as Carson Wentz was traded from Indianapolis to Washington while the futures of Baker Mayfield and Jimmy Garoppolo hang in the balance. The QB shuffle may not yet be over and if this offseason has taught us one lesson, it’s to be prepared for anything.