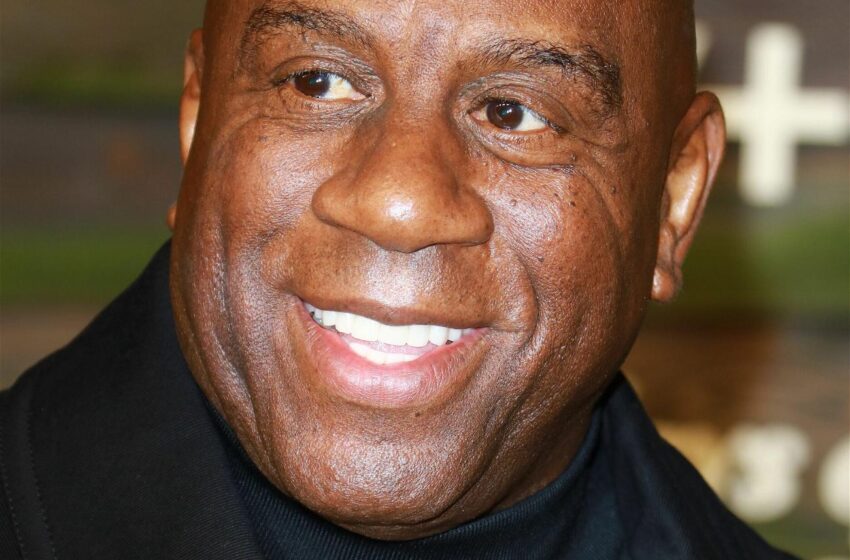 As a comedian, Howard Stern was known for his shock-jock humor and the many limits he pushed with his jokes. A good example is his unforgettable interview on the 1998 late-night talk show titled “The Magic Hour” with host and basketball icon Magic Johnson.

Stern made so many racist comments and misogynistic insults on that episode that it permanently stained his name as a comedian, ruined Johnson’s image of him, and created one of the most uncomfortable episodes in late-night TV history.

During a recent interview, Johnson reflected on his life and career and mentioned his anger and discomfort during his interview with Stern. He also shared more details about how the interview came to be. Read to find out what he said.

Magic Johnson Reflected On His Stint As A Late Night Host

During a recent interview with Variety, 62-year-old Johnson reflected on his brief stint as a late-night show host. The interview comes prior to the release of an Apple TV Plus docuseries titled They Call Me Magic, which delves into his life and career, including his time in the late-night host seat. The show premieres on April 22nd.

Johnson’s late-night show was called The Magic Hour, and it was a total failure. The show was heavily criticized by critics and fans and was eventually canceled after three months. However, one iconic moment from the show was Stern’s appearance during one episode.

Today, people still use Stern’s episode as an example of how entertainers got away with their hateful and racist comments before culture evolved. Speaking on Stern’s comments, Johnson said, “So many times, I wanted to say something and hit him at the same time — on air.” He also revealed he had never spoken to Stern after that.

After The Magic Hour launched, Stern was extremely vocal about how much he didn’t like the show and used his highly popular radio show to attack it severally. In particular, he criticized Johnson and mocked his interviewing skills and comedic timing.

In a funny twist, the producers of The Magic Hour then decided to invite Stern as a guest on an episode. Immediately after Stern came out on stage, Johnson said, “Let’s get right to it. Why have you been talking about me so much, man?”

Stern’s reply was, “The thing you need to work on, in my estimation, is that you’ve gotta stop trying to talk like the white man. Everybody’s anti-Ebonics. I say, let it fly! What you need to do, ‘my brotha,’ is to really get down with it. You talk Ebonics all you want.” This was just the beginning of Stern’s hateful rant.

Stern then made several statements referencing Johnson’s race. He said, “Listen, you’re a Black man. I grew up in a Black neighborhood. I’m Blacker than you are, trust me. I’m the Blackest Black man you’ll ever meet. And I’m telling you right now, when I lived in Roosevelt, Long Island, which is a Black ghetto, everybody talked like this.”

He then performed an impression of how he believed Black people spoke and said, “I was a big marble mouth, but it was fascinating because I was one of the people. Why does everybody have to understand every word you say? Who cares what you got to say? No difference what you say.”

The radio personality then moved from race to Johnson’s HIV status, which he had revealed at a press conference when he retired from the NBA in 1991. Stern said, “You had the life I wanted. These were white chicks? Black chicks? What do we got? What did you prefer? You would have sex with everybody? At least you had fun getting AIDS.”

Johnson then corrected Stein and explained he had HIV, not AIDS, and he also said that it’s not fun to contract it. Stern’s reply was, “Believe me, brother, you did. It sounds like fun to me.”

The primary reason the show’s producers had invited Stern was to improve the show’s poor ratings. They hoped that the conflict between Stern and Jonhson would draw in higher viewer numbers and better ratings. They also claimed the interview was an opportunity for Johnson to confront Stern for his frequent criticisms.

However, Johnson has now revealed that he had no say in the interview happening. He said, “I was mad when they booked him. But there’s nothing you can do. When people look for ratings, this is what happens. It is what it is. I learned a lot from that. I’ve never put myself — or HIV and AIDS, or my race — in that position again, ever again.”