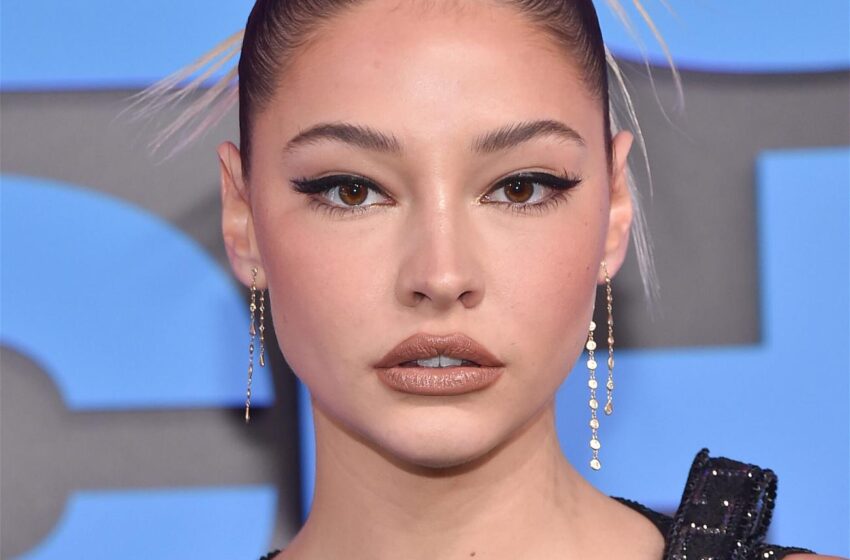 Madelyn Cline made her film debut in “23rd Psalm: Redemption,” “Savannah Sunrise,” “Boy Erased,” and “Vice Principals,” all of which featured her in minor roles. She also has had cameo appearances on The Originals and “Stranger Things” while looking for a break in the film business.

Cline subsequently appeared as Sarah Cameron in Netflix’s smash series “Outer Banks,” earning her much attention and critical praise. However, as much as she enjoys the rewards of fame, the 24-year-old recently stated that navigating social media has become an “ongoing struggle” now that her celebrity status has attracted so much mixed attention.

Madelyn Cline Said Social Media Is An ‘Ongoing Struggle’ For Her

During a sit-down on Dear Media’s “Ready, Set, Spill podcast,” the Hollywood star opened up about her difficulty in handling social media and its “lack of anonymity” after rising to prominence on the hit Netflix series “Outer Banks.”

“Everybody has an opinion about everything…and that’s totally fine,” she told Host Lindsey Carter. The actor then continued, saying, “Everybody is totally entitled to their opinions,” but listening to comments and reactions from thousands of people makes it hard to hear her own thoughts.

Cline stated that because she cared so much about what everyone thought, she couldn’t keep concentrating on such information all of the time, so she had to take a step back and detach herself from it all.

As a result, the actor concluded that remaining on social media is an “ongoing struggle” that she has yet to master.

Cline Revealed She Loves To Connect To Fans

While Cline acknowledged the challenges she experienced in filtering through comments that were not always accurate, she expressed her thankfulness that the platform allows her to engage with her growing fan base and share details about recent happenings within their space.

She went on to say that the fans she’s met along the way have made her rise to fame worthwhile. “When I was in Paris for Fashion Week, I met the most lovely teenage girls who were fans of the show,” she said on the show. “Never in my wildest dreams did I think that I would be over in Europe meeting people who love the show. It’s very sweet, so there’s a duality to it.”

Cline is one of the primary cast members returning for the third chapter of Outer Banks, which began filming in February. The actor had earlier dismissed speculations that she would leave the drama series after season three, stating that she was committed to the project for the long term.

“Hi, so I’m getting asked if s3 is my final season of obx,” Cline shared in a since-deleted Instagram Story post.

“I will come back for as many seasons as they will have me. I love my job, and there’s not a day that goes by that I’m not grateful for it, and for everyone who has watched it.”

She added, “Not everything you read on the internet is true.”

Away from the small screen, Cline will appear in the next installment of Daniel Craig’s “Knives Out,” which serves as her first major studio role. Dave Bautista, Janelle Monae, Kathryn Hahn, Leslie Odom Jr., Kate Hudson, Edward Norton, Jessica Henwick, and Ethan Hawke are among the talented actors that will also feature in the detective thriller.

According to Collider, filming on the movie has already begun, with the actress characterizing her on-set experience as “terrifying” and “mind-blowing” because she was working with individuals she had admired her whole life.

Other than Craig returning to put his character’s detective skills to work, plot specifics are unclear at this time. Furthermore, neither Cline nor the showrunners have disclosed what role she will play in the film.

Knives Out will debut towards the end of 2022.