Life doesn’t get much easier for the Wests Tigers, who take on an in-form Cronulla outfit this afternoon.

The Tigers are in the midst of a form slump and that’s not a rare thing for the club over the last decade.

The pressure is mounting on coach Michael Maguire.

League legend Billy Slater admits it will be a tough task against the Sharks.

“I’ve worked with Madge (Maguire) at Melbourne and he is a great coach,” Slater said.

“The Tigers are in a bit of a hole, and they are up against it this afternoon. I think the Sharks are a top-four team.

“But they put in a brave performance last week, and if they do a similar thing they are a chance.

“They’ve got quality players in their team, they need to get Luciano Leilua a little bit more ball.” 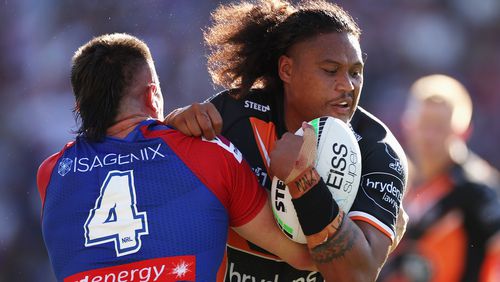