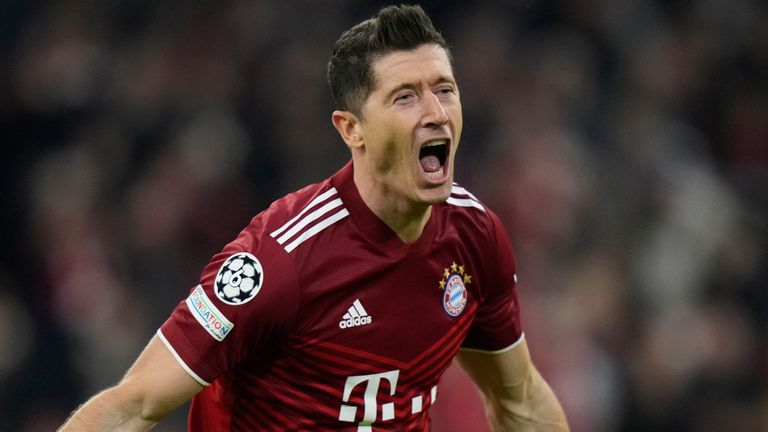 Lewandowski and Bayern to hold talks ‘ASAP’ over future

Robert Lewandowski’s representatives will sit down with Bayern Munich to discuss the striker’s future in the next few weeks.

Both parties will put their proposals forward in the meeting to determine what the next steps will be for the Poland international.

The meeting is seen as a top priority, and will happen as soon as possible.

Lewandowski’s current contract runs out at the end of 2022/2023 season.

Bayern Munich CEO Oliver Kahn insists Lewandowski will be staying at Bayern for at least next season. He told Amazon Prime in Germany last night :

“We would be stupid to sell a player who scores 30 to 40 goals per season. We are and will be in talks about his future in the next weeks.

“He has a contract till June 2023 and we’ll definitely have him with us for another season.”

The Poland international has scored 47 goals in 41 games in all competitions this season and is currently the top scorer in both the Bundesliga and the Champions League.

In his eight seasons with Bayern, Lewandowski has scored an incredible 341 goals in 370 appearances and is only behind Gerd Muller in their all-time record scorer list.

We reported on Monday that Barcelona are interested in signing the 33-year old.

According to Sky in Germany, Lewandowski is open to a move to Barcelona and it is a dream for him to play in Spain.

A two or three-year contract is in the making worth £25m to £33m per season as Lewandowski considers his next move.

Reports that Lewandowski, who is out of contract in the summer of 2023, has requested a transfer with Bayern officials, however, are not correct.

“We did a lot of research in the last weeks and what we know is that Barcelona are highly interested in Lewandowski, especially because a transfer of Erling Haaland won’t happen.

“And that is what we know at the moment: Barca want him, Lewandowski is open for Barcelona. It was always a dream for him to play in Spain – either Real Madrid or Barcelona.

“There have been talks already. Xavi desperately wants a world class striker, who can guarantee 30 or more goals a season. A two- or three year contract is in the making with a salary of about 35-40m euros a year.

“Barcelona are not able to pay high fees but high salaries. There is information from a Polish journalist that Lewandowski has already talked to Oliver Kahn about a transfer in a personal meeting.

“That’s not true to what we know, there was no such meeting. So no request from Lewandowski to Bayern for a transfer.”

Nagelsmann: Lewandowski situation not to blame 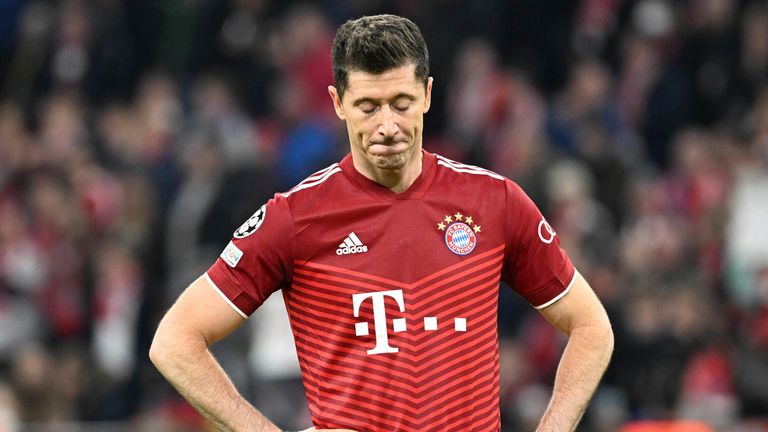 To add to Bayern Munich’s problems, the German giants were sent crashing out of the Champions League as Samuel Chukwueze’s 88th-minute strike secured a dramatic 2-1 aggregate victory for underdogs Villarreal on Tuesday.

“In my opinion there are too many alibis in football,” he said after the game.

“I’m the one who needs to take the guilt, or the responsibility. It’s very popular in sport to shy away from that.

“But I will take my lessons in terms of tactics and everything that belongs to the game. If I don’t do that then the blame definitely can’t be placed on those players whose contracts haven’t been finalised.”

Lewandowski: I am open to everything

“I am open to everything. I’m quiet,” he told Sky in Germany.

“It is important for me to be able to focus on my game, always on what can happen in the last match.

“Everything that remains to be done regarding the contracts is a secondary issue and remains in the background.”

“You could see last night he wasn’t at 100 per cent and he’s unsatisfied right now – on and off the pitch. It’s a very difficult situation.

“Yes, there are talks with him and they have asked him about his future but there’s nothing concrete.

“There has been no straight offer to extend until 2024/25 but on the other hand there has been no sign of commitment from the player. It is really possible that he leaves the club this summer or as a free agent in 2023 – the worst case scenario for the club.

“The poker game between Robert Lewandowski and Bayern is a really big problem right now.”