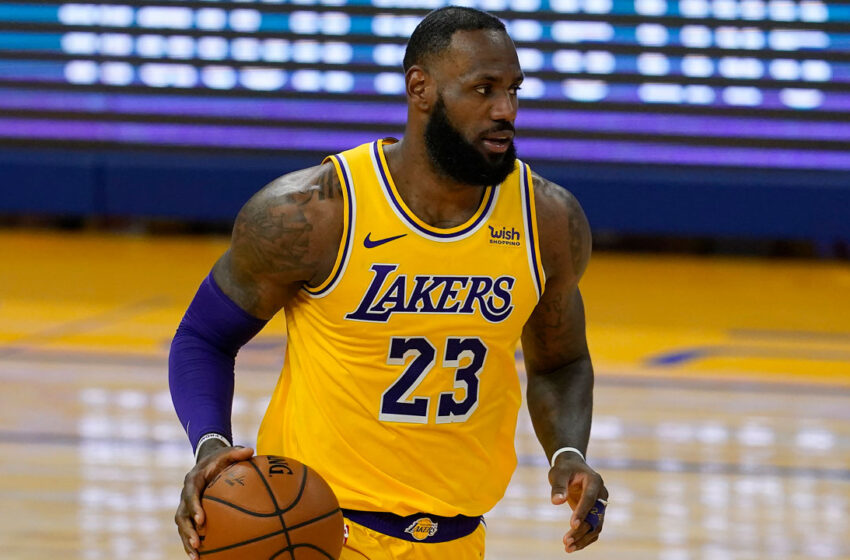 Los Angeles Lakers star LeBron James will miss the rest of the season due to his ongoing ankle sprain, the team said Friday, ending his bid to capture the league’s scoring title.

The decision was made in coordination with the Lakers’ medical staff, who determined that sitting out the rest of the 2021-22 campaign will allow for “continued healing and an expected full recovery.”

While James’ absence has no bearing on the league’s playoff picture, with the Lakers having been eliminated from play-in tournament contention earlier this week, him being unable to play again effectively crowns Joel Embiid as the NBA scoring champion for the season.

The two-man race between Embiid and James was among the final unresolved storylines for a Los Angeles team whose season had been derailed by injuries, poor play and ineffective roster construction. Heading into the season’s final games, Embiid sat at 30.4 points per game while James had averaged 30.3.

Having appeared in 56 games, James needed to make two more appearances before the end of the season to be eligible for the scoring title, in addition to making up the point differential between him and Embiid.

James, a four-time winner of the NBA’s most valuable player award, had been forced to miss significant time during the Lakers’ desperate push for the play-in tournament due to the nagging ankle issue.

The 37-year-old missed two games last week with the injury as well as Sunday’s game against the Denver Nuggets, which the Lakers lost, putting them a full two games behind the San Antonio Spurs for the final spot in the Western Conference play-in tournament.

Heading into Tuesday’s game against the Suns, the Lakers needed a near-perfect record — and for the San Antonio Spurs to lose often — to have any chance at a playoff berth. Neither necessity came to pass.

James’ ankle injury has been bothersome for some time, though the extent to which it has slowed him has varied. Frank Vogel, the Lakers head coach, has largely taken a cautious approach with James’ health, resting him even as the must-win stakes of each game escalated.

In his most recent appearance, last Friday against the New Orleans Pelicans, James shone in a narrow Los Angeles loss, putting up 38 points, eight rebounds and four assists. Throughout the season as a whole, when healthy, James has been a force reminiscent of his MVP years. Across 56 games, he’s averaged 30.3 points, 8.2 rebounds and 6.2 assists.