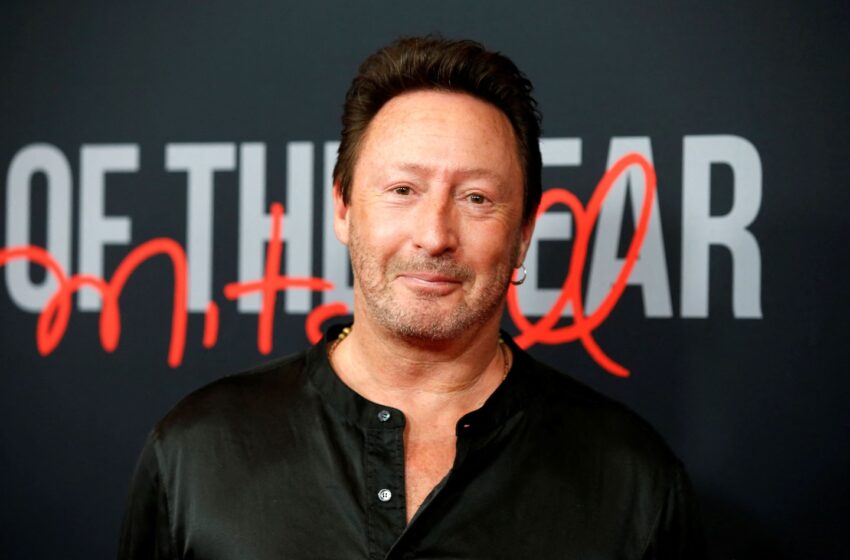 John Lennon’s 1971 hit “Imagine” is often recalled in times of war or conflict, with its lyrics calling for unity and peace. But it was the war in Ukraine that finally provoked Lennon’s son Julian to sing the tune for the first time.

Julian Lennon wrote in a note on YouTube that he had for years resisted singing the Vietnam War-era song. “The only time I would ever consider singing ‘Imagine’ would be if it was the ‘End of the World,’” he said.

But the war in Ukraine is “an unimaginable tragedy,” he wrote, and “as a human, and as an artist, I felt compelled to respond in the most significant way I could.”

His cover was in support of the #StandUpForUkraine fundraising effort, which was organized by the nonprofit Global Citizen. An event in Warsaw on Saturday in support of the fundraiser raised $10 billion in pledges for Ukrainian refugees — of which there are more than 4.5 million, according to recent U.N. figures — with nearly half coming in the form of donations from governments, companies and individuals. The other portion came as grants and loans from public European financial institutions.

Julian Lennon, whose career as a musician began in 1984 with the release of his album “Valotte,” wrote that he chose the song in part because its lyrics “reflect our collective desire for peace worldwide. Because within this song, we’re transported to a space, where love and togetherness become our reality, if but for a moment in time.”

Among the song’s lyrics is the passage: “Imagine all the people/ Sharing all the world/ You/ You may say I’m a dreamer.”

Lennon wrote that the song “reflects the light at the end of the tunnel, that we are all hoping for.”

As war rages in Ukraine, Yoko Ono, John Lennon’s widow, who was credited with helping to create “Imagine,” deployed a billboard campaign across major cities including New York, London and Seoul with the message: “Imagine Peace.”

It wasn’t clear why Julian Lennon, whose real name is John — he told the Guardian that he took the name Julian after the singular name caused confusion in his household — had vowed not to sing “Imagine.” He grew estranged from his father after the Beatles member left Julian and Cynthia Lennon — Julian’s mother and John’s wife at the time — for Ono, who is linked to the song.

Claire Parker contributed to this report.