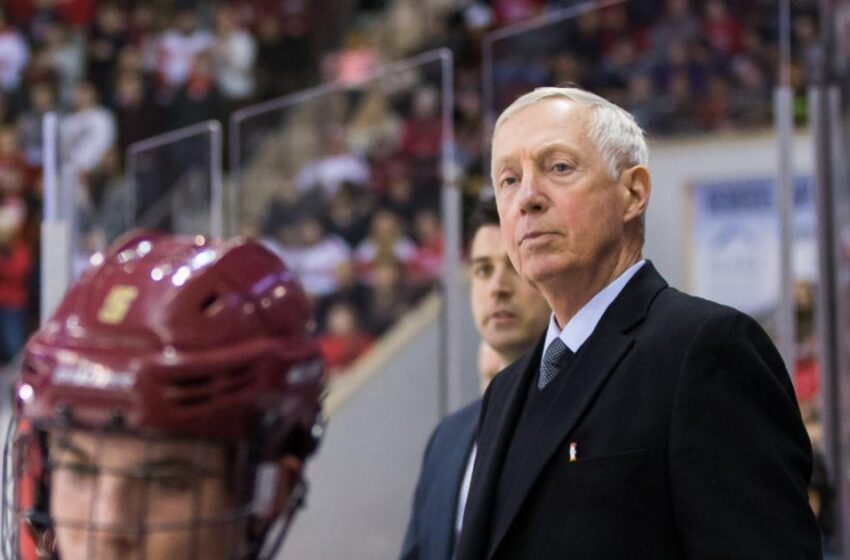 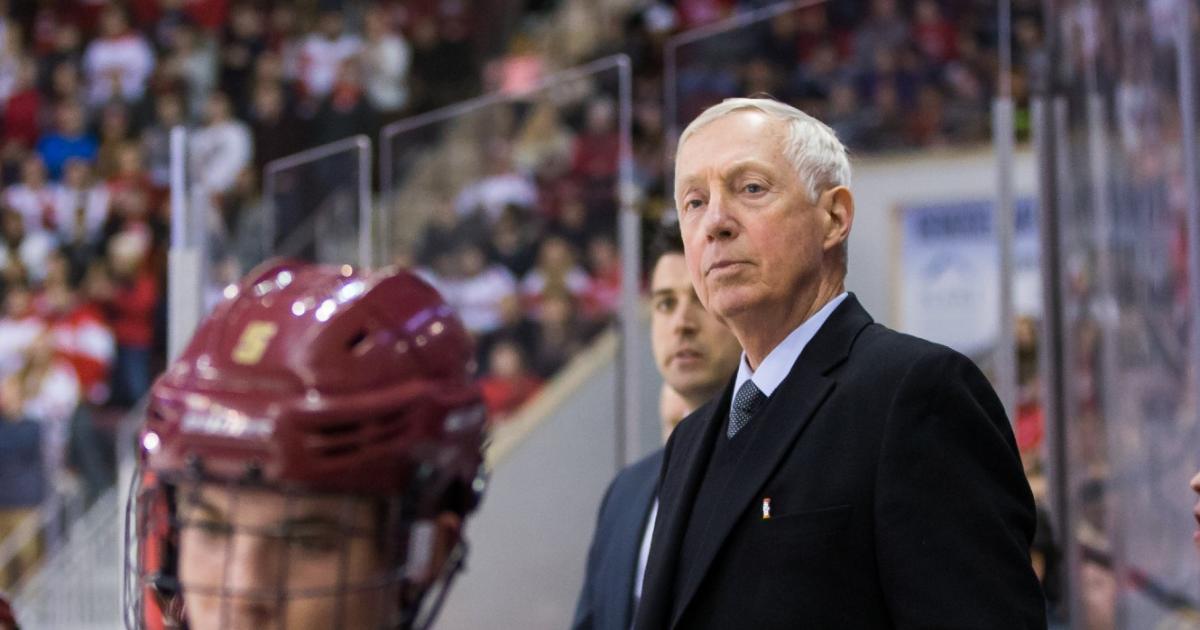 Jerry York, the longtime coach of Boston College, announced his retirement Wednesday. The 76-year-old York spent 50 seasons coaching at the Division I level, the last 28 with the Eagles.

The BC graduate began his coaching career with Clarkson as an assistant. He took over as head coach of the Golden Knights in 1972. He spent seven seasons in charge there.

He took the head coaching job at Bowling Green in 1979. In 15 seasons with the Falcons, York compiled four CCHA regular season titles, a CCHA tournament title, six NCAA tournament appearances and a national championship in 1984, the program’s only title.

He’s the only coach to accrue over 1,000 wins at any level of NCAA hockey. The Watertown, Mass., native has made the most NCAA championship appearances of any coach with nine and is tied for second in national championships. York was inducted into the Hockey Hall of Fame in 2019.

York will go down as one of, if not the greatest college hockey coach of all time. The NCAA won’t be the same without him.

Where does Jerry York rank in wins in NCAA history?

No one is close to sniffing York’s all-time NCAA wins total. The record may never be broken.

York compiled 1,123 wins during his 50-year head coaching career. The closest coach to him is Ron Mason with 924. Mason is best known for coaching Michigan State in the 1980s and ’90s.

The closest active coach is Tim Coghlin, who coaches at Division III St. Norbert, but he only has 620 wins. The closest Division I coach is Rich Gotkin of Mercyhurst with 588.

Where does Jerry York rank all time in NCAA championships?

That honor belongs to Vic Heyliger, who coached at Michigan during the Wolverines’ dominant run in the 1940 and ’50s. He won the title six times; York raised the national championship trophy five times.