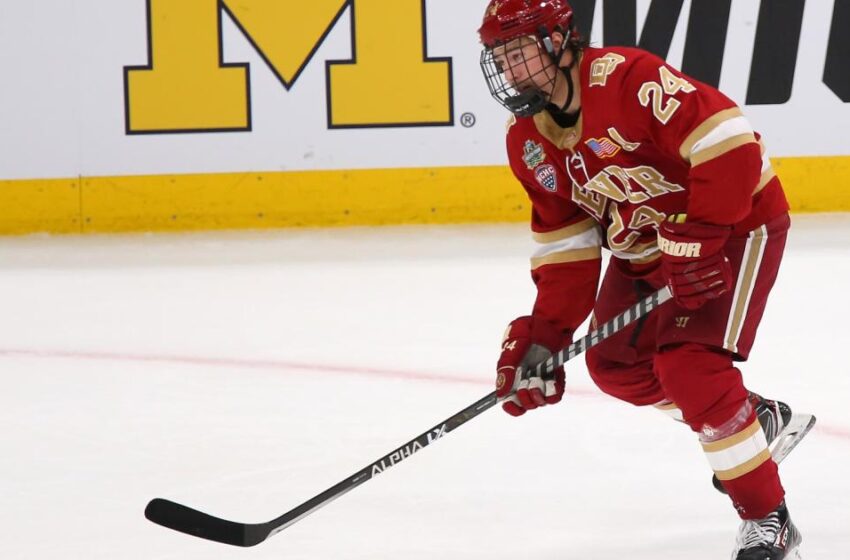 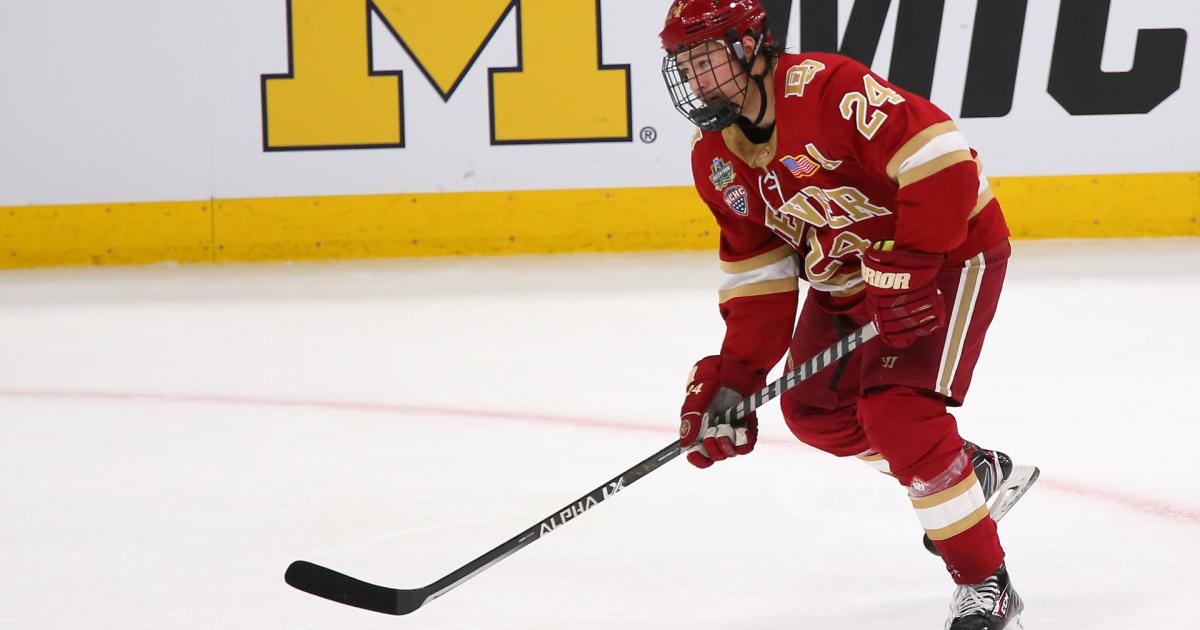 While the 2021-22 season will go down as a disappointing one for the Flyers, there are a few positives for the future of the Philadelphia organization to come out of this year.

One of those is Bobby Brink, the 2019 second-round pick who is set to make his debut tonight for the team. The forward is fresh off of winning the NCAA championship this past weekend with Univ. of Denver, taking down Minnesota State 5-1 to win the title.

Brink had an exceptional NCAA season, leading the nation in points and assists. He joins the Flyers having his best season to date, and hoping to carry some of that momentum over into the final few games of the NHL’s regular season.

Philadelphia has already been eliminated from the postseason, so these last few games on the schedule will give the club an opportunity to put prospects like Brink into an NHL and gauge where they are at in their development. Brink joins Ronnie Attard and Noah Cates as players who made the jump from college hockey to the Flyers at the conclusion of the NCAA season.

Here is everything you need to know ahead of Brink’s debut tonight for the Flyers.

How to watch Bobby Brink’s debut

The Flyers-Capitals game will be broadcast live on ESPN. It also be viewed on ESPN.com/watch and the ESPN app.

How did Bobby Brink do with Denver this season?

Brink broke out in his junior season in Denver. The 20-year-old led all of college hockey in points with 57, assists with 43 and points per game with a rate of 1.93. He added 14 goals as well on his way to leading the NCHC in conference points, as well as tying the NCHC single season record for points.

As a result of his offensive outburst, Brink was honored as the NCHC Player of the Year and Forward of the Year, in addition to being named to his first All-NCHC First Team selection. Brink also was one of the three finalists for the Hobey Baker Award, given to the best player in college hockey.

Brink ended his career with the Pioneers totaling 27 goals and 65 goals, good for 92 points in 84 games.

What does Bobby Brink bring to the Flyers?

Brink’s a smaller forward, listed at 5-foot-8, 166 pounds. But what he lacks in size he makes up for in his decision making.

Known more for his passing ability, Brink has a keen eye for finding his teammates and creating opportunities to score in the offensive zone. He sees the ice extremely well and uses it to his advantage, creating and anticipating plays that have yet to unfold.

His skating isn’t great, but his high hockey IQ helps him to create space and work his way around defenders. Brink carries a pass-first, shoot-second mentality, the main reason why he finished with seven more assists than the next closest player in the NCAA this season.

Who will Bobby Brink play with?

At Monday’s practice, Flyers coach Mike Yeo confirmed that Brink would make his debut Tuesday against the Capitals.

He was skating on a line with Travis Konecny and Scott Laughton, playing on the right wing.