Superstar Patrick Cripps’ hamstring injury has rubbed salt into the wound for Carlton after the Blues’ red-hot start to the AFL season came to a shuddering halt with a 30-point loss to Gold Coast.

Cripps was subbed out of Sunday’s match at the end of the first quarter as the Suns bounced back from last weekend’s loss to GWS in style with a 13.14 (92) to 8.14 (62) win at Metricon Stadium.

With Marc Pittonet (back) a late withdrawal for the Blues, Suns’ ruckman Jarrod Witts had a day out as the hosts won clearances 45 to 27. 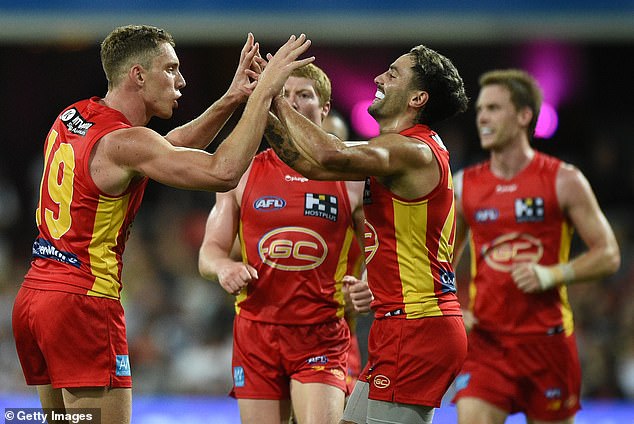 Witts won 42 hitouts and picked up seven clearances as he monstered the Blues’ makeshift ruck unit of Tom De Koning and Jack Silvagni.

That dominance in the ruck allowed midfielders Touk Miller (32 disposals, eight clearances) and Noah Anderson (35 disposals, 10 clearances) to star, particularly in the absence of Cripps for the Blues.

Lachie Weller was dynamic throughout the game for the Suns as well, with 31 touches, eight marks and two goal assists. 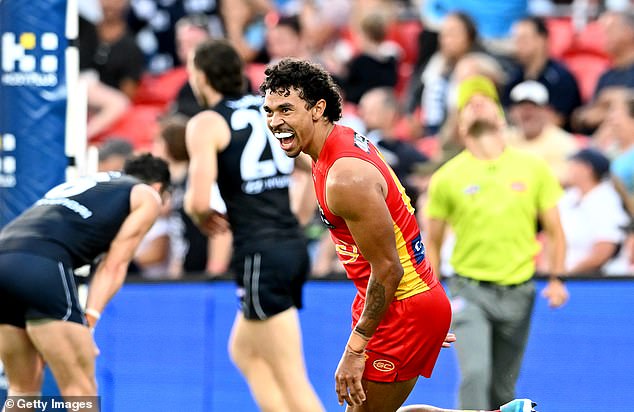 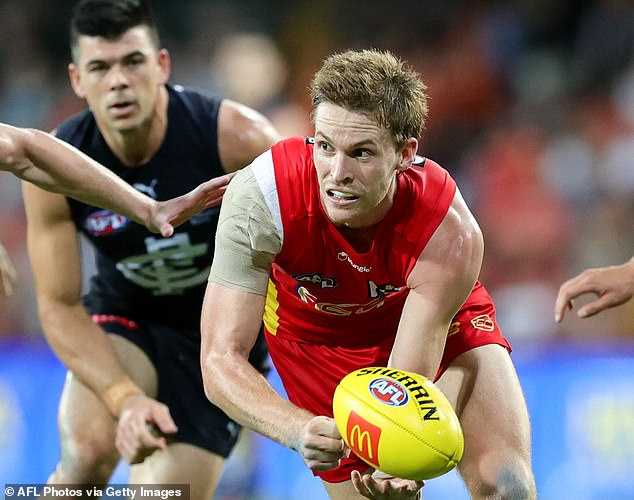 Noah Anderson was dominant for the Suns, finishing with 35 disposals and 10 clearances 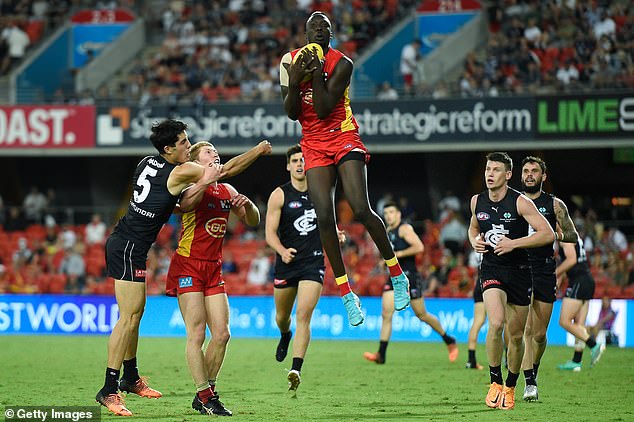 Blues forward Harry McKay, despite copping a heavy knock to his face in the second quarter in a marking contest, kicked two goals for the visitors as they suffered their first defeat of the season.

The Blues made a fast start with Charlie Curnow and Cripps kicking goals inside the opening three minutes but the Suns responded to kick five of the next six majors and have a 15-point lead at the first change. 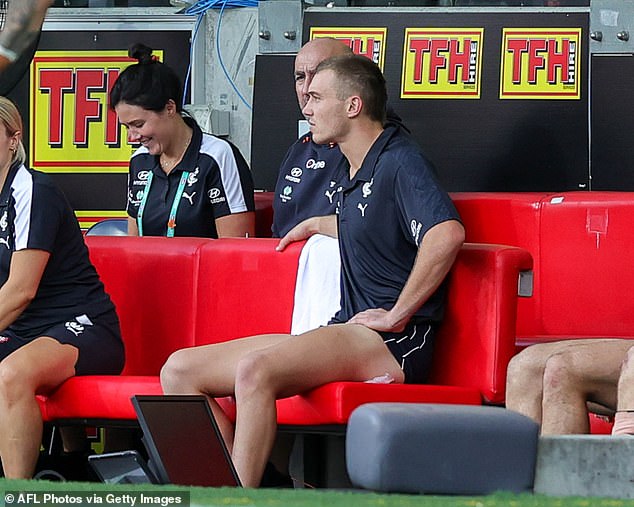 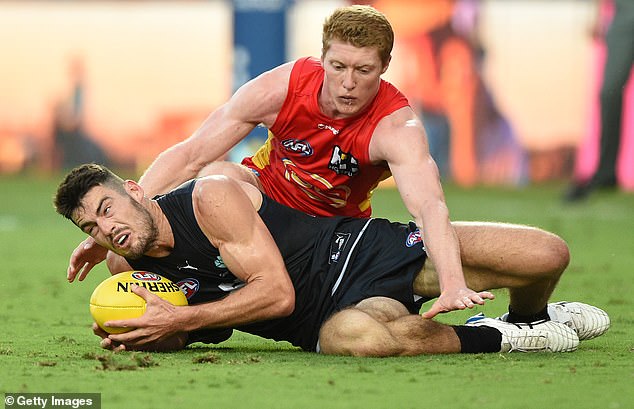 Cripps’ didn’t return for the second quarter, while Gold Coast lost defender Jy Farrar to a hamstring injury early in the second term.

McKay’s two goals gave the Blues a lift but when Rosas kicked his third after a handball from Witts directly after a ball-in, the Suns went into the sheds 14 points clear at the main break.

The pressure appeared to tell on Carlton early in the third term as they twice conceded 50 metre penalties for off-the-ball scuffles which led to easy goals for Chol and Ben Ainsworth. 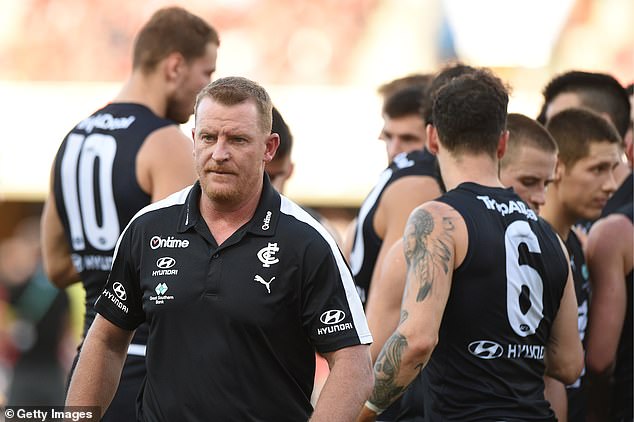 Late goals in the third quarter to Izak Rankine and Corbett extended the Suns’ margin to six goals at the final turn.

Both teams traded early goals at the start of the final term before the game fizzled out in the closing minutes as the Suns cruised to their second win of the season.

Gold Coast travel to Melbourne to face St Kilda next weekend while Carlton are back at the MCG against last-placed Port Adelaide.