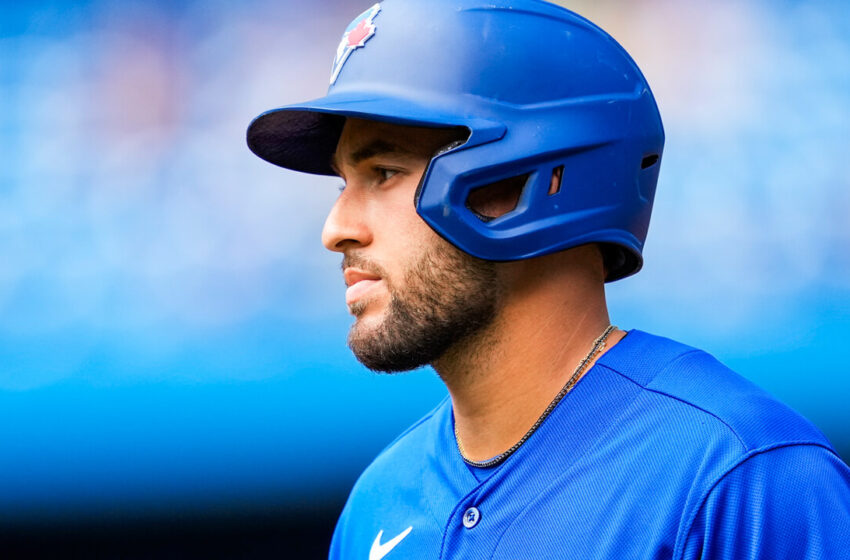 Go ahead, get lost in the fervour. This Blue Jays team is one to be excited about

It will take a full season to get the entire measure of the 2022 Toronto Blue Jays, and where they will stack up in the franchise’s history. But after the opening weekend of games, it is quite fair to say that this is the most anticipated team in Jays history.

It’s still April — still early — and yet there were moments this weekend where the games took on a playoff atmosphere. We don’t have the historical measures, the sound levels in the stadium, and where any particular road of the crowd ranks in history, but it’s probably a good bet that the response to the replay review of Teoscar Hernández’s run-scoring slide on Friday night was a top-ten sonic boom under the dome.

Obviously, there have been great teams in the past, and they generated their own levels of excitement. The World Series teams should be the gold standards by which most other Blue Jays teams are measured, and there was clearly expectations for those teams. But that expectation was heavily tinged by several seasons of deep disappointment, where seasons concluded with heartbreak. By the time Mike Timlin finally flipped Otis Nixon’s futile bunt to Joe Carter to win the 1992 championship, the feeling was as much about relief as exhilaration.

The 1985 Blue Jays were the ones who finally broke through and reached the postseason, and while it seemed that the team had been building up to that moment, the feeling before the season was that they would still need to chase down the Detroit Tigers, who ran away with the AL East and the World Series the year before. The season was a slow build, as the Tigers fell back, and the Jays progressed and held off the New York Yankees to eventually win their first pennant.

The 2015 team is the most recent stand-out performance in the franchise’s history, but even that team was overwhelmingly greeted with doubt, both before and well into the schedule. Much of our happy recollections of that team stem from the dramatic turnaround in the last half of the season, but the first two months were a slog of underperformance, and speculation over how long before John Gibbons and/or Alex Anthopoulos were forced to walk the plank after another underwhelming season.

If any team compares to this year’s level of expectations, it was the 2013 Blue Jays, who entered the season on a high after having “won the off-season.” With the acquisition of five former All-Stars that winter, including the reigning NL Cy Young winner, and massive trade with the Miami Marlins, the Jays seemed to have pushed all their chips into the pot.

Fans entered that season’s opening week ready for something great, but by the ninth game of the season, they’d lost each of R.A Dickey and Josh Johnson’s first two starts.

That included an embarrassing 13-0 drubbing at the hands of the Red Sox in the first Sunday home game before more then 41,000 fans, where Dickey gave up five runs before the Jays got a turn at bat. It also included a chilly 11-1 loss to the Tigers in Detroit, where Johnson lasted an inning and a third and gave up six runs.

Whatever enthusiasm there was for that eventual fifth place team, it was mostly snuffed out before the weather warmed.

Does that unhappy memory provide any caution for this year? Perhaps, although there are fundamental differences between the two teams.

Where the expectations for the 2013 team were amped up over a matter of weeks in the winter, the anticipation for this year’s Blue Jays started as far back as the summer of 2015, when Vladimir Guerrero Jr. was signed as a 16-year-old. Where other teams seemed like a momentary assemblage of stars, this feels like the start of a prolonged and sustainable period of running near the front of the pack of the American League East.

That the team was forced by a global pandemic out of their home stadium and country for most of two seasons only served to ratchet up the hopes and enthusiasm for this team. Tack on the generalized good vibes, fun demeanour and likeability of this roster, and you have as compelling a reason to get lost in your fervour as any team could have offered.

It will be a nearly impossible challenge to maintain this high level of enthusiasm through six full months of almost daily games. Indeed, four innings into the season, the snarkier birds were squawking on social media, in a ridiculous attempt to be the first ones to write off the season. Sunday afternoon wasn’t much better.

All baseball seasons are long seasons, even the great ones. In even the best circumstances, this team will lose at least 60 games. That’s fully two months’ worth of evenings left to stew in the bummer of a defeat. There will be losing streaks, and stretches where some typical failings will creep in to undermine the joyful spirit around this team.

There’s a long way to go before the Jays reach their goal of not only making the postseason, but making noise once they get there. Luckily, this team is also one of the most fun to watch in recent memory, and if fans need some energy to sustain their enthusiasm, they’ll certainly find it between the lines and in the dugout over the next six months.