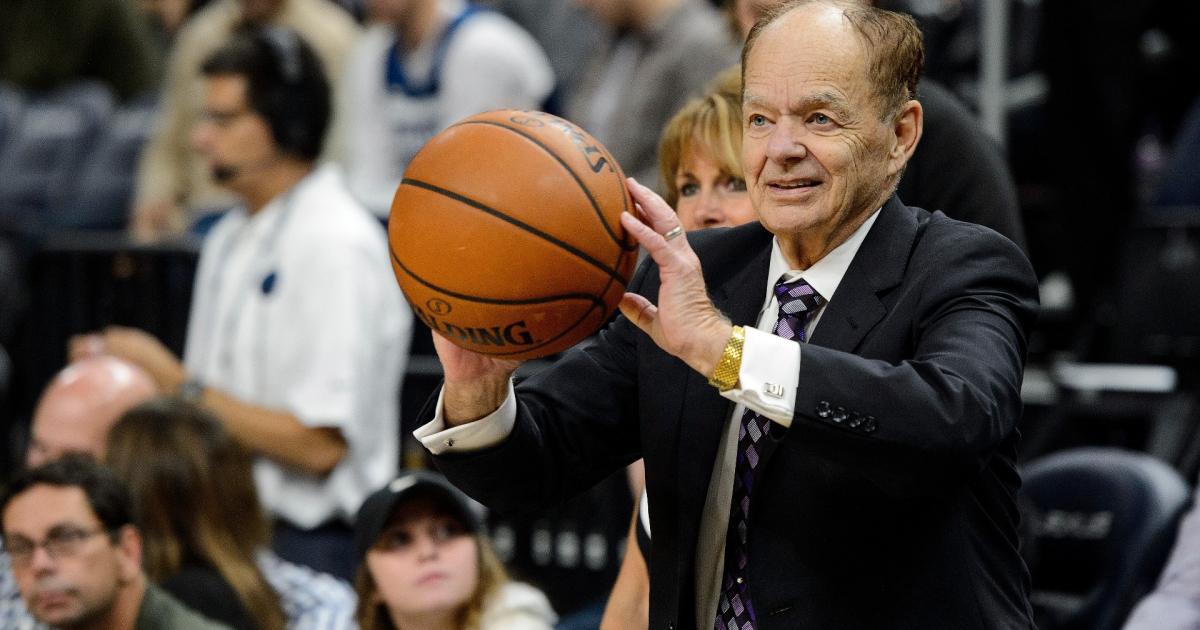 File this under “W” for weird.

During the Clippers and Timberwolves play-in Tuesday night, play was halted at the Target Center for what the broadcast thought was a fainting woman. The truth, however, was stranger than originally thought, as a woman was apparently trying to glue herself to the floor in protest.

Yes, that happened. And no, the picture does not clear anything up.

Woman down under Clips basket during free throws. pic.twitter.com/FiZU5XmypJ

Given professional sports broadcasts now take great pains to not show antics from fans that will detract from the game itself, there isn’t much video to help the situation. The in-game reporting wasn’t particularly helpful.

Questions, of course, continue to abound. What was the desired outcome? Why did she think glue would resist multiple people trying to pull her off the floor? What’s the purpose?

What was glue girl protesting at the Timberwolves-Clippers game?

Some eagle-eyed Twitter users managed to pick out her shirt, which appears to read: “Glen Taylor (the Timberwolves owner) roasts animals alive.”

In conjunction with the incident, the organization behind it — “Direct Action Everywhere” — put out a press release via Google Doc detailing alleged animal cruelty from Taylor.

Direct Action Everywhere writes they led an investigation that “exposes the reality behind a recent mass killing of 5.3 million chickens following an outbreak of “highly pathogenic avian influenza” (HPAI).”

The woman, identified as Alicia Santurio, also tweeted after the incident.

I superglued down to the basketball court to bring attention to the mass killing of chickens at glen taylors factory farm using vsd https://t.co/m0trPvqZGs

How Santurio is managing to tweet after being dragged off the floor is only begetting more questions.

(This story will update as more information becomes available.)