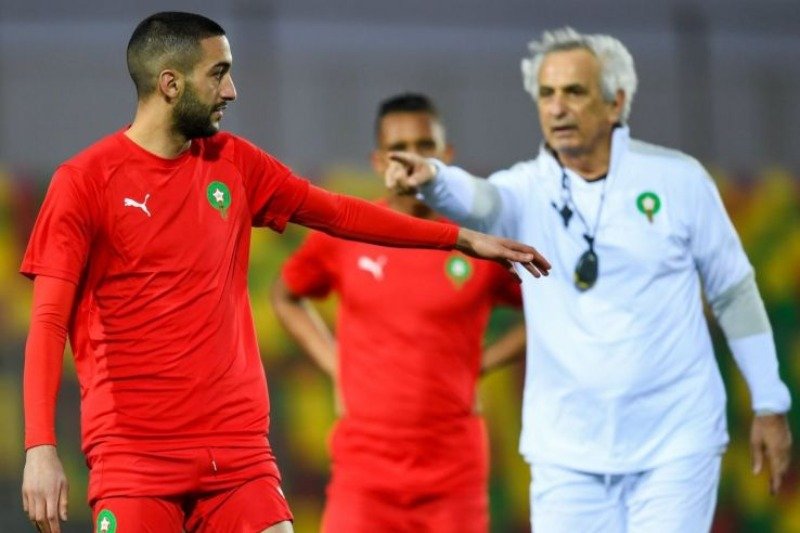 The Royal Moroccan Football Federation (FRMF) is currently in contact with Moroccan internationals dismissed from the national team by the coach, Vahid Halilhodzic, in order to convince them to play again under the colors of Morocco, indicated to Hesport from sources within the FRMF.

And to confirm that serious and direct discussions are underway with a number of players, such as Hakim Ziyech and Nassir Mazraoui, to try to get them to reverse their decision to reject any collaboration with the Bosnian coach.

The idea is to appease the spirits and to reconstitute the group before the trip to Qatar for the final stages of the World Cup.

A decisive meeting will be held in two weeks between the Bosnian technician and the FRMF, where the return of the “banned” players will be seriously discussed, and will determine the future of Vahid at the head of the Atlas lions.

As a reminder, the boss of the FRMF, Fawzi Lekjaa, said during a meeting Tuesday of the Steering Committee of the federation, that the door of the Moroccan team is open to all Moroccan players.

The next step requires overcoming the differences, so that in the end perseverance and technical performance are the decisive factors in the choices of the national team.