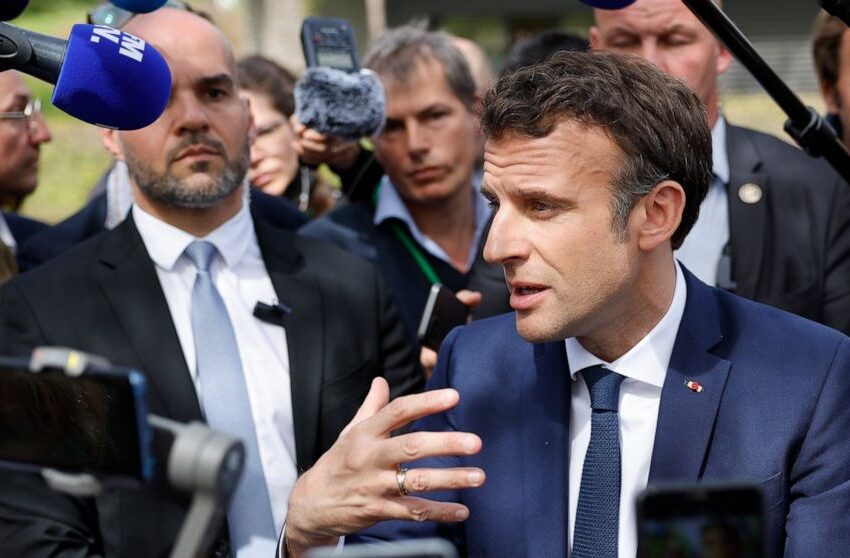 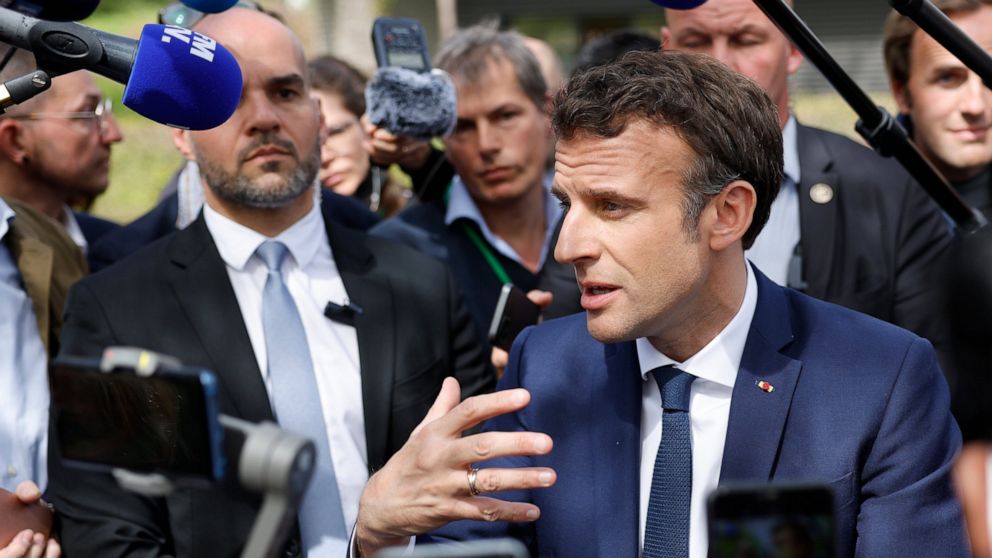 But he’s not shying away from angry voters, instead engaging in lively, sometimes confrontational debates. Since he and far-right nationalist rival Marine Le Pen qualified Sunday for France’s April 24 presidential runoff, Macron has seemed eager to go in the field to explain his policies and try to convince people to hand him a second term.

On Tuesday, he was asked hard questions during a visit to the eastern city of Mulhouse.

“Why didn’t you help the poorest?”

“How can you propose to push back retirement age from 62 to 65 when so many people are jobless?”

The 44-year-old leader appeared determined to explain his policies at length — but sometimes grew impatient when people kept contradicting him.

Before Sunday’s first round presidential vote which had 12 candidates, Macron skipped most campaign activities, focusing his time at the Elysee Presidential Palace on diplomatic efforts to end Russia’s war in Ukraine. Domestic critics decried the perceived lack of debate in France’s presidential campaign.

Now the role of candidate has taken over. Macron is considered the favorite by the polls, but Le Pen appears to have significantly narrowed the gap from 2017, when he trounced her in the same presidential runoff.

On Monday, Macron went to an economically depressed region in northern France that is considered Le Pen’s stronghold. The next day, he visited the eastern cities of Mulhouse and Strasbourg, where far-left candidate Jean-Luc Mélenchon, who came in third Sunday, got a majority of the first-round vote.

Upon his arrival in Mulhouse, Macron literally ran toward the small crowd waiting for him. He met some supporters, but also angry, discouraged workers from a nearby public hospital who came to challenge him.

“We are exhausted,” some nurses told him. “Improve our working conditions!”

“I am not thinking about myself. I am thinking of my children, my grandchildren,” he said, explaining his vote.

Macron mentioned changes his government had made amid the COVID-19 pandemic, including a small salary increase for hospital workers.

“Have your earnings been increased?” he asked.

“We don’t feel the impact of it,” the man answered.

Another health care worker asked him about hospitals “losing beds” as the pandemic is still going on.

“I know, that is the challenge we are facing,” Macron acknowledged, explaining that the issue is about a lack of trained hospital staff, a situation amplified in a region where many French seek work in neighboring Germany and Switzerland where wages are higher.

“Two years ago, I made commitments… and the salaries were increased. And 183 euros ($199) per month, you can’t say that’s nothing,” Macron insisted.

Another big obstacle repeatedly came Macron’s way: his planned pension changes. Macron wants to raise the minimum retirement age from 62 to 65, which he argues is needed so France can keep financing the pensions. Le Pen says she would maintain the retirement age at 62. The issue prompted major street protests in late 2019, and Macron then had to postpone his plans amid the COVID-19 crisis.

“We must work longer,” Macron said. “It’s not true we can keep financing our social model if we don’t push back (the retirement age).”

He kept repeating that the retirement changes would be implemented very gradually through 2031 and opened the door to softening the reform, as he seeks to attract voters who chose other candidates in the first round.

Le Pen’s supporters credit her months of campaigning in France’s provinces for her strong first-round showing. But as Macron joined the fray at last, he sought to make a distinction between their campaigns, criticizing those candidates “who never go to meet opponents.”

“I’m not going to meet only people who like me,” he said.

Follow all AP stories on the 2022 French presidential election at https://apnews.com/hub/french-election-2022.