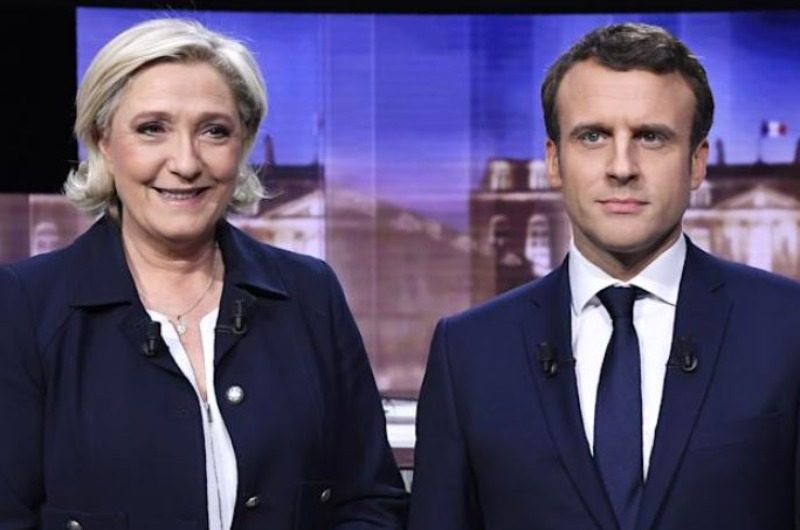 France-Présidentielle: Calls to “block the road to the far right”

The French voted, this Sunday, April 10, for the election of their president for the next 5 years. Twelve candidates were in the running, at the end of this first round, they are only two: The outgoing president, Emmanuel Macron (La République en Marche-LREM), and the candidate of the National Rally (RN-right), Marine The pen.

They are accredited respectively by 28.5% and 24.2%, while the third, Jean-Luc Mélenchon (La France Insoumise-LFI) obtained 21% of the votes.

When the results were announced on Sunday evening, almost all the candidates who had not been able to make it through the second round gave instructions to their supporters not to vote for Le Pen, with the exception of the far-right candidate, Eric Zemmour.

The first call in this direction was launched by the socialist candidate, Anne Hidalgo, who came in 9th place with 1.9% of the vote. She spoke very soon after the announcement of the results, and clearly showed her support for Emmanuel Macron, urging Socialist Party activists to vote “against the far right”.

“So that France does not fall into hatred of all against all, I call on you with seriousness to vote on April 24 against the far right of Marine Le Pen by using Emmanuel Macron’s ballot paper”, said in essence the Mayor of Paris.

“Do not give any voice to Mrs. Le Pen”, for his part clearly said Jean-Luc Mélenchon, who called for no vote to go to the RN candidate. He urged his party’s activists not to make mistakes that would be “definitely irreparable”, referring to a possible victory for the far-right representative in the second round.

The representative of the Republicans (LR), Valérie Pécresse, who collected 5.1% of the votes finishing in fifth place, said for her part that she will vote for the outgoing president against Marine Le Pen.

“I will vote in conscience Emmanuel Macron to prevent the coming to power of Marine le Pen and the chaos that would result from it,” she said.

“I do not own the votes cast on my name. But I ask the voters who have honored me with their confidence to weigh in the days to come with seriousness the potentially disastrous consequences for our country and for future generations of any choice different from mine that they would consider for the second turn, ”said candidate LR.

The same support was displayed by the environmental candidate Yannick Jadot, who came sixth with 4.4% of the vote, who called on his supporters to vote for Emmanuel Macron to “block the far right”.

For his part, the communist candidate, Fabien Roussel, who collected 2.4% of the vote to finish 8th in the first round, called, without quoting him by name, to vote for Emmanuel Macron in the second round in order to block the extreme right.

“Sunday 24, I will choose responsibility, I would never allow a racist and xenophobic project to gain responsibility in France. I make this choice and I know that it is increasingly difficult to say it, ”he said shortly after the announcement of the first estimates.

Other French political figures also showed their support for the presidential candidate against the representative of the far right, as soon as the first estimates were announced.

The only dissonant voice, that of Éric Zemmour, who invited his supporters to vote Marine Le Pen, “even if he does not share his ideas”. The second round of this twelfth presidential election of the Fifth Republic and the eleventh by direct universal suffrage, presents the same poster as 2017: Emmanuel Macron-Marine Le Pen.

One of the two will be brought to the supreme magistracy of France for the next five-year term.